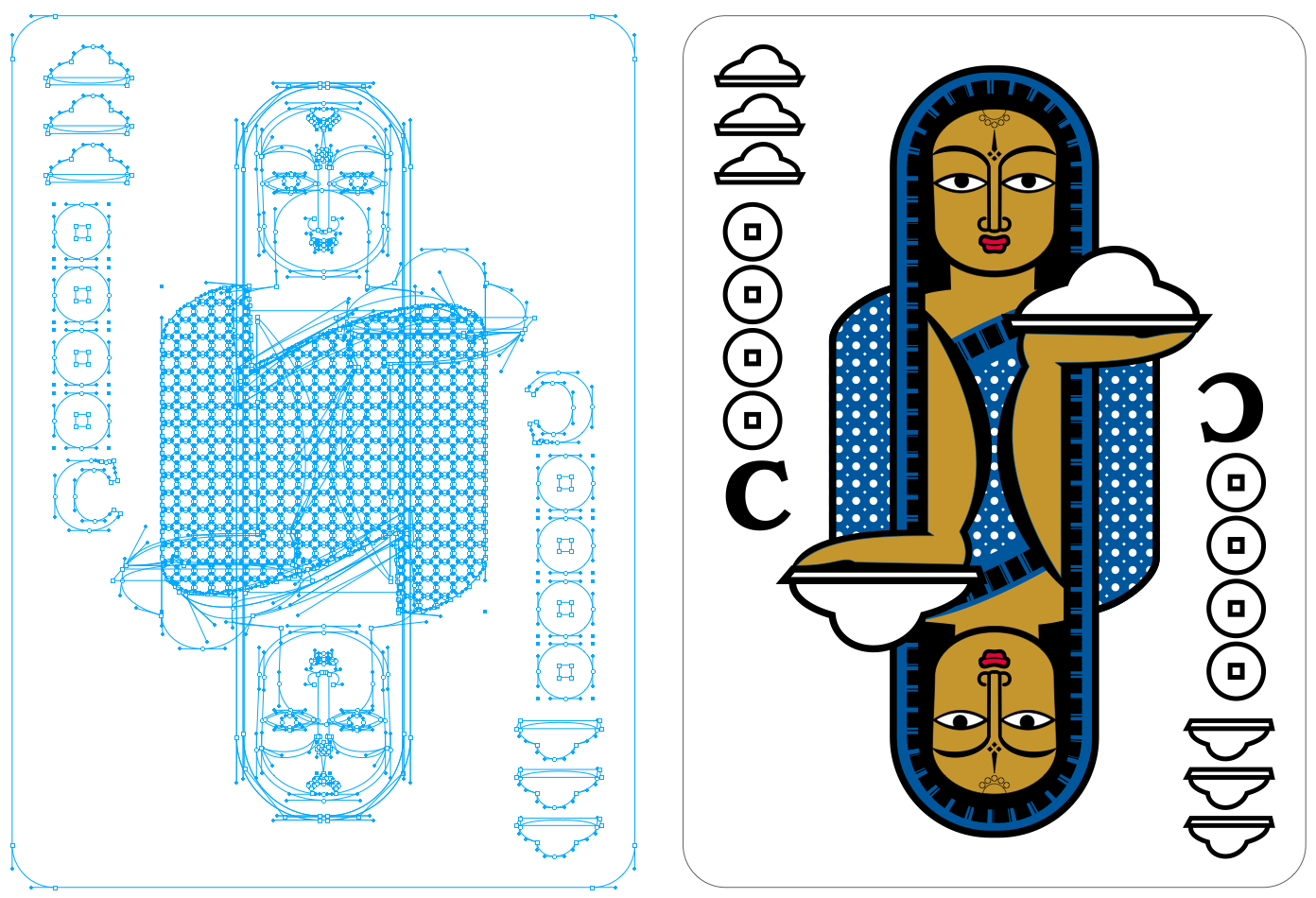 Here's a quick preview of the art I'm putting together for the cards in Monsoon Market. I was really inspired by the style of Jamini Roy, so I tried my hand at emulating his geometric and quasi-cubist rendering in vector. Specifically, I wanted to try my hand at the radial symmetry of traditional playing card art.

My aim at the moment is to have four different goods as a primary suit depicted by the top icon and unique piece of art; varying quantities of coins based on rarity, which may also tie into color schemes or a background pattern; and maaaybe a tiebreaker letter if it becomes necessary in playtests.

I've hired another designer to do the icons for me so those are just placeholders in her hand at the moment. Rest assured, mashed potatoes aren't a suit in the game. :)
art monsoon market