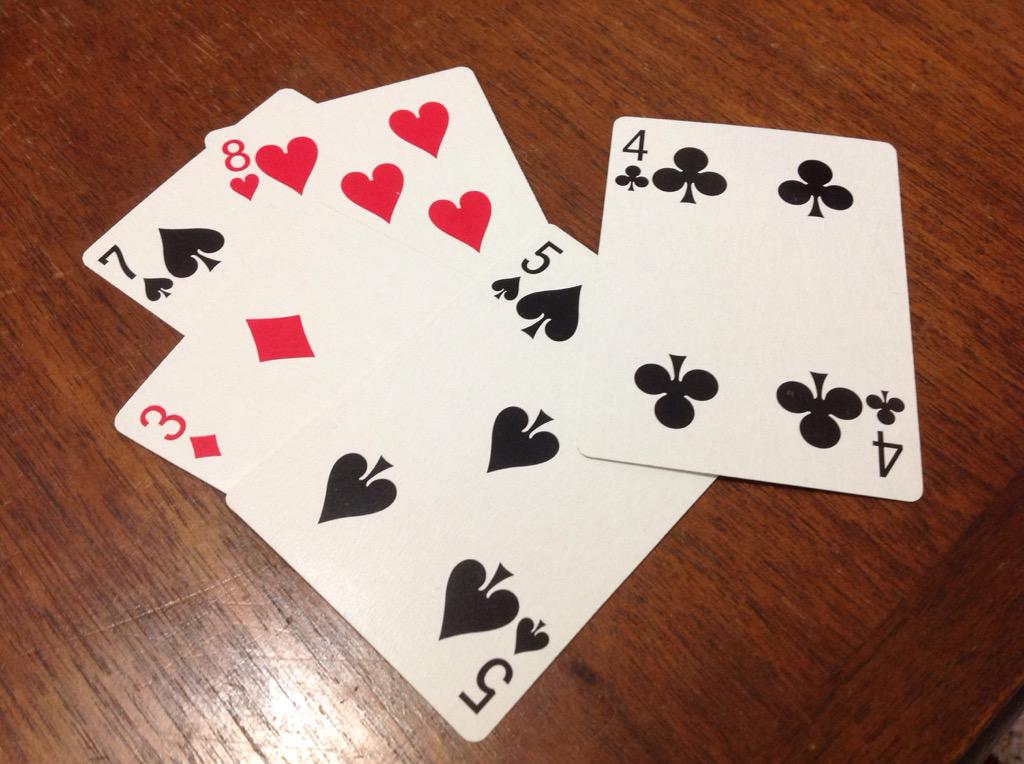 It's been a while since I explored the simple physicality of cards as a play component. The success of Kigi's overlapping mechanic got me thinking about it again. I wanted to make another game that used a similar mechanic, but in a different way.

At the same time, I've always wanted to come up with some puzzle "system" that could be iterated over and over again for new puzzles. I'm thinking of things like Sudoku or Masyu. I've been playing a lot of La Boca and I liked the idea of a real-time team puzzle game that expanded to a large group. I thought I could use overlapping cards as the puzzle component somehow.

Whenever I work on a new game idea, I immediately dig into my longbox of assorted playing cards. I have about 300 standard playing cards from various cheap decks that I use to cobble together my alpha prototypes. So I just grabbed five different cards and started overlapping them, seeing what I could piece together as a game mechanic.

Here's what I came up with:

Carden
The premise is that you're planning a garden, based on specific requirements from your client. For now, you can play with a standard deck of playing cards, but I imagine this final game would use a customized deck of cards. The goal of each puzzle is to arrange a pile of cards so that only a certain number of icons are visible. (Yes, that includes icons along the corners.)

The bold number before the colon is the minimum total ranks that may be used in the solved puzzle (so you can't just grab the five of hearts, six of spades, etc.). The number before each suit is how many of those icons may be visible in the solved puzzle. It's assumed that you may only use one card of a suit in the puzzle, unless a suit appears twice. In this case, the puzzle requires two Spades cards. On one card, 8 spades should be visible while only one should be visible on the other.

Here's the solution to that Jason Paterson came up with this morning: 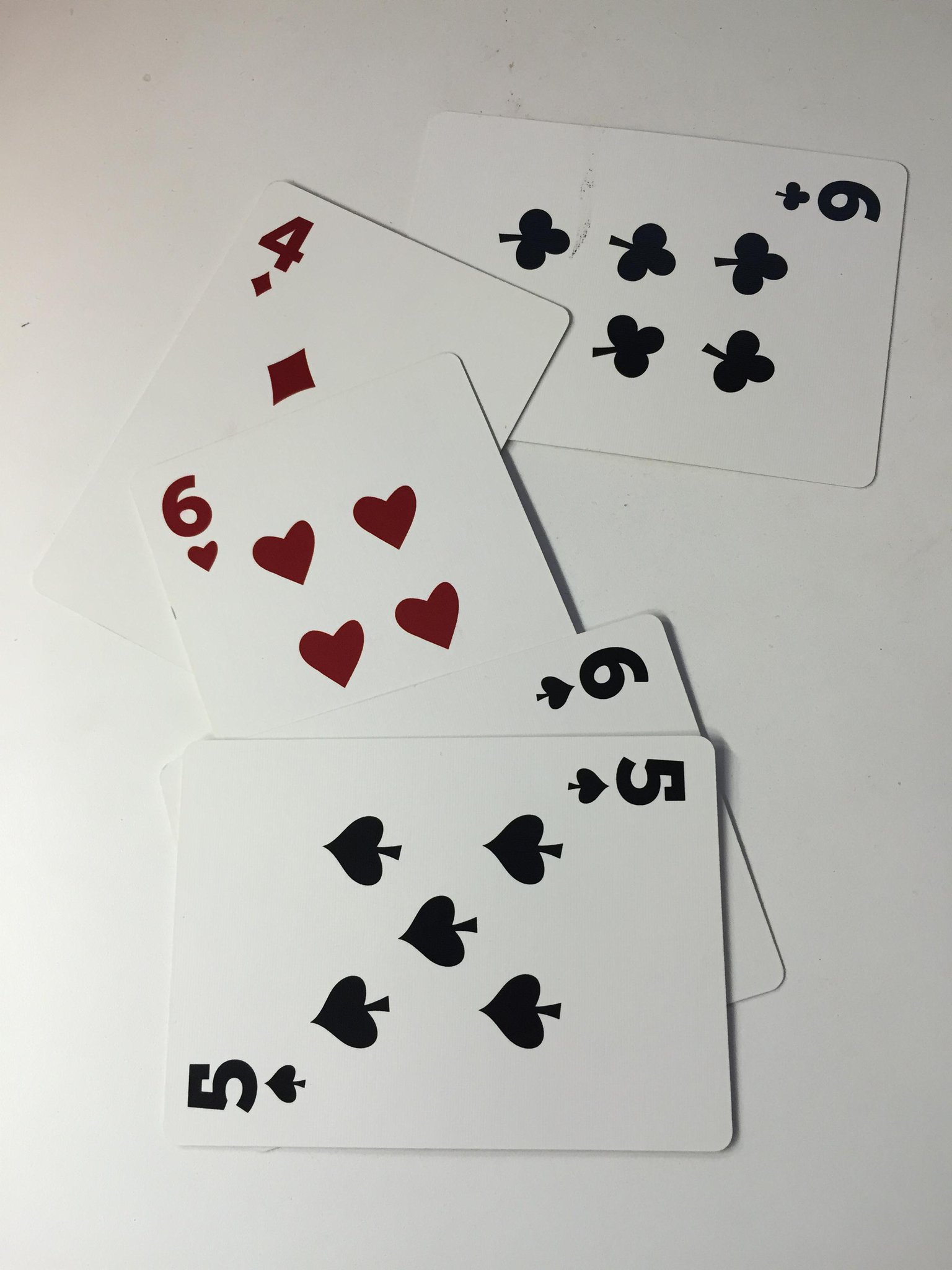 As an actual game, I may borrow the scoring mechanic from La Boca for now. Each player is paired with another player to jointly solve the same puzzle from the communal supply of cards. The faster they solve it, the more points they earn. Whoever has the most points wins.

I'm sure playtests will find that I have to adjust the scale of time and point values. For example, if you hit the exact required number of ranks, then you may get double points. Other variations might be something like this:

In this case, you must simply have two heart cards and two spades cards, but there is no restriction on how many icons must be visible on the individual cards. (Well, perhaps I'll impose a "1" minimum.)

I'll whip up some more puzzles for a testing in coming weeks to see if it's really something worth pursuing.
card game Carden puzzle games