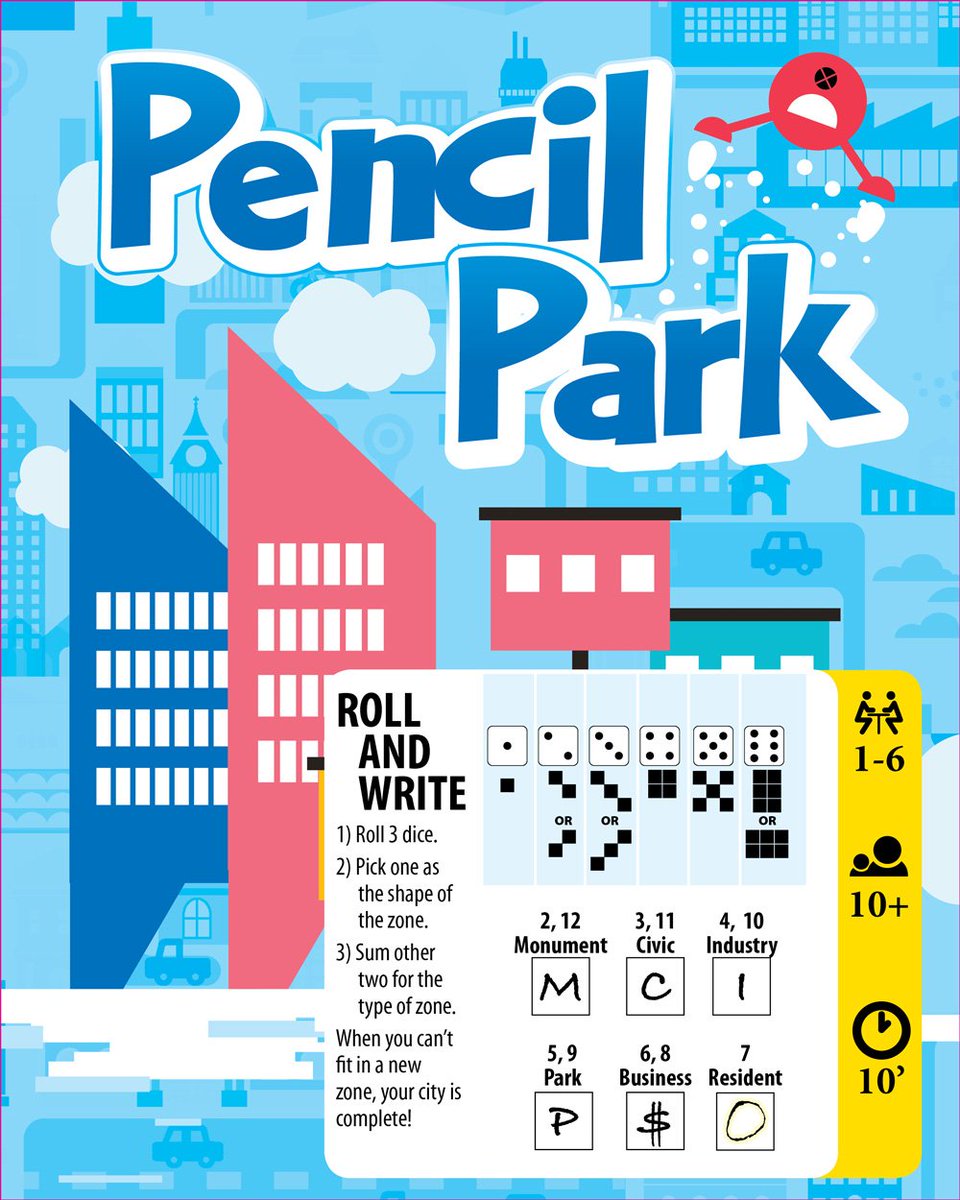 About a week before UnPub 2017, I posted a weird little idea for a roll-and-write game. I didn't realize how much of a hit it would be until a few days later when I saw dozens of people playing it on home-printed or hand-drawn cards. It's been a fast development process since then, but where did it start?

Someone on my twitter feed once described a game mechanism where the arrangement of pips on a dice face could literally be translated to a range of movement on a grid or an arrangement of tiles on a table space. If you're that person, please @ me so I can give you proper credit. Clearly that idea stuck with me for a while, eventually becoming the seed of Pencil Park.


Very rough draft of Pencil Park. Reference on one side, playable side on the other. pic.twitter.com/eHcmFZCS6C
— Daniel Solis (@DanielSolis) March 15, 2017


I've always liked drafting mechanisms that make what you don't choose as meaningful as what you do. In Seasons, the die result that no one chooses determines the pace of the game. In Small World, Belle of the Ball, and Century: Spice Road, the cards you don't draft get more valuable over time. I wanted to play around with something like the Can't Stop mechanism by Sid Sackson, where you choose two dice from a pool, but adding the more modern twist of making the remaining dice matter.

So that was the beginning: You roll three dice. Choose two and add them together. That number corresponds to a type of symbol you will write on a piece of paper. The remaining die tells you how many of that symbol you will write. Furthermore, that die also tells you the arrangement that set of symbols must be drawn in. On a standard six-sided die, that meant a "4" would be a 2x2 grid of symbols. A "5" would be an "X" shape of two intersecting diagonal lines.


Assuming the space available to draw these symbols is limited, I thought it would make for an interesting Tetris-style analog game where you have a bit more control over the pieces that may come. I made a set of nine city cards with grids of white squares and four empty inaccessible squares along with a first draft of six different types of "zones" that could be drawn. That was where Pencil Park began.

Over the week leading up to UnPub 2017, I had a lot of people tweeting their home-made final boards to me to check their scoring. This was a clear indication to me that I had stumbled on something special, which was great news. the bad news, I didn't realize how much homework I had given myself during an already busy week! Clearly the next step would be simplifying the scoring system and clarifying its presentation so I wouldn't need to answer FAQs so frequently.


That's where Adam McIver came in! Out of all the people who had been interested in Pencil Park, Adam was by far the most enthusiastic and willing to test weird new ideas. We chatted in-person during UnPub about some new ideas for new components and how the game might exist as a DriveThruCards product or a more traditional retail product. I've rarely had the chance to collaborate with someone who also shared the same history of graphic design and game design. It's been great!

He figured out the math so that we would have a more balanced set of seven zones. We added two great new modes of play for more competitive strategic players. Adam made a set of Power Cards activated by a fourth die that gets chosen by the "Mayor" of the round. It's a really cool mechanic!

Now I'm preparing for the local UnPub Mini event at Atomic Empire on April 29 where I will debut a new draft of Pencil Park and test out all three modes of play: Block Party, City Council, and Town Rivals. Once I've had a chance to evaluate the playtest results and make the necessary tweaks, we might put up a new print-and-play draft for public review. Can't promise anything just yet, but at the very least you'll hear more about Pencil Park! 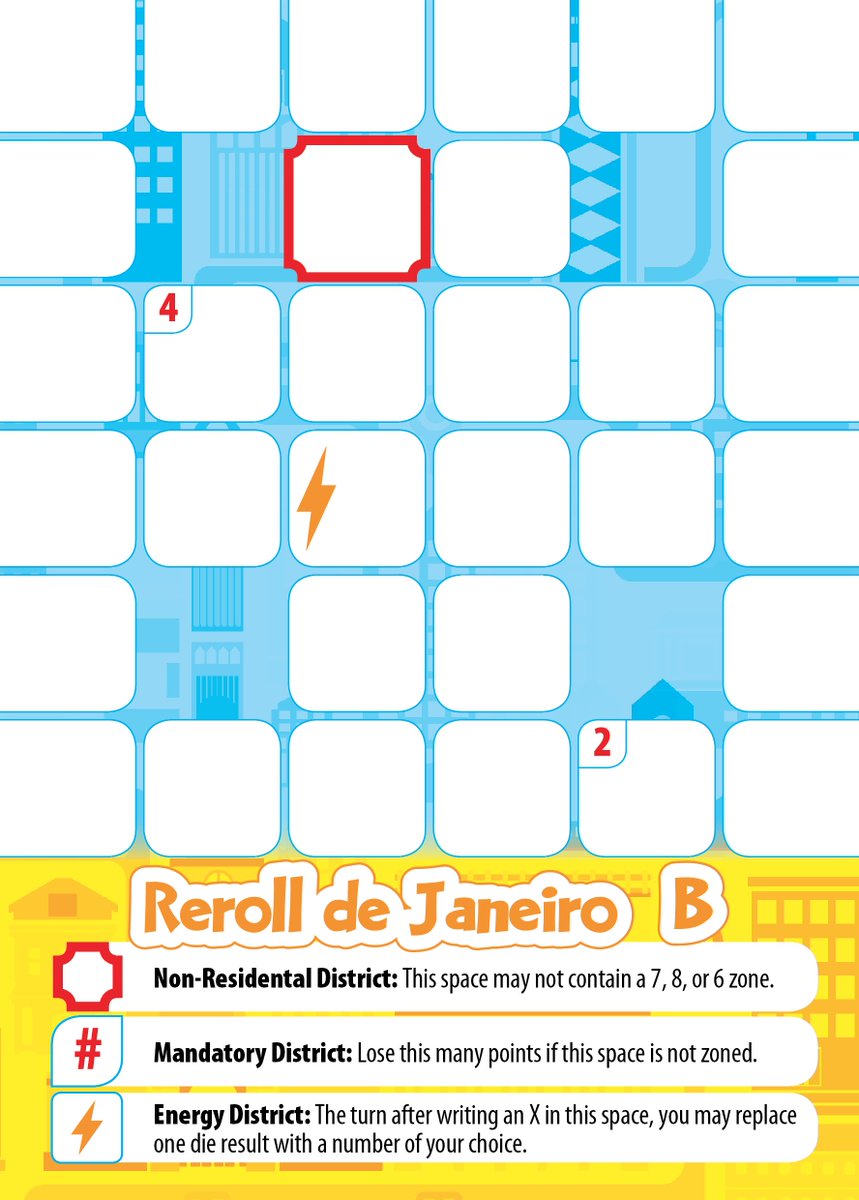