"Are you STILL not afraid of someone stealing your idea?" 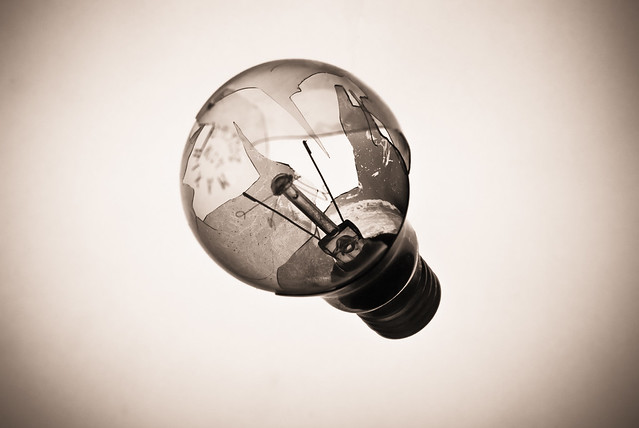 In a huff, I wrote about how I'm not worried about my ideas being stolen. I claimed ideas are overvalued by the mystique of the auteur, which also undervalues the plain ol' hard work and time it takes to turn ideas into actual buyable things.

The post got so much attention that Open Source Way asked if I'd write up a slightly modified version for their site, which I did, and which became one of their most-read articles of 2013. Not a bad run for a rambling little rant.

Well, now it's up for a People's Choice Award! Go vote for it, please! Voting is open until April 14!


Okay, one caveat
I'd also like to add a caveat to that post, in case it wasn't clear originally. I can only speak to my own experience as one fish (independent designer) in a tiny pond (POD card games) that is itself part of a relatively small biome (tabletop games) in an immense ecosystem (the games and entertainment industry as a whole.) We're too tiny and bony to eat.


The Big Scary Cloud
Suffice it to say, anyone who wants to steal ideas likely has financial goals in mind, and those goals are easier to achieve in other media.

Namely, mobile apps. Alas, over and over and over there are stories about alleged copycats large and small, allegedly taking a modestly successful mobile game and spinning it as their own without attribution to the original source.

As I noted in my original post, this process is normal part of cultural diffusion and iteration. No ideas are original, they all come from what came before, and only have value once work has been applied to make them a viable product. Parallel evolution and homages happen all the time without any malicious intent.

What is unfortunate is the ease and speed with which mobile apps can be cloned, before the original creators can get their admittedly tiny reward for their immense amount of work. In the case of Threes, the app was copied by 1024 and later 2048, in a matter of days. Though Threes is a better designed experience, the fast, free, accessible clone got a bit of mainstream attention.

That's a nightmare for any creator and an understandable cloud over the hobby game market. Yet...


What are we selling here anyway?
Here is what hobby game publishers literally sell: Objects. The actual game design is not protected by copyright or trademark or even any patents (well, sort of). Only thing that's protected is the expression of those ideas, and even then that protection is only worth the amount of legal fees the owner of those expressions is willing to shell out.

If you have the idea for tortilla golf, great, but the people making money are the ones making, selling, and delivering tortillas.

Hobby game designers and publishers are somewhat protected from the hassles experienced by our digital counterparts. Our works have the rather dubious honor of being too costly and slow to be a tempting target for theft. Even in cases of overseas counterfeit products, they seem to me more like a convenience-driven business, originating in response to the high cost of shipping or products going out of print.

That may change with the advent of 3d printing and other technologies that make high-resolution objects easier to manufacture at point of sale. In my case, that technology is print-on-demand card decks, and it's been a boon to my own livelihood. I can fast-track card game ideas that I would've kept languishing on my shelf while I waited for the right publisher to have room on their development and production schedule.

A Brief Aside
This slow process is ironically what lends credibility to any publisher's catalog. Because the publishing process is often glacial, a publisher's reputation is based on which products they choose to develop and bring to market. The objects are what is actually being sold, but that rep is what compels a buyer to pick that publisher's objects over another.


For now the tradeoffs of POD are increased cost per unit and lower market visibility, but those can be resolved in time. When manufacturing becomes perfect and instantaneous, then I'll be worried about my ideas being stolen. Maybe.