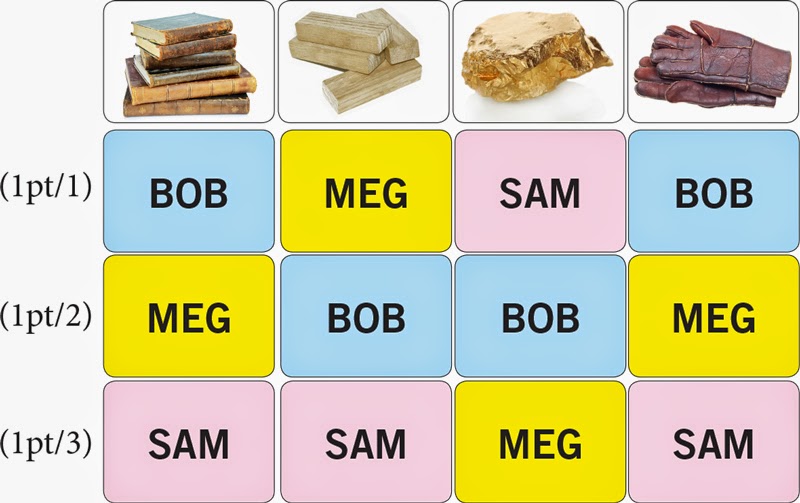 In Nine Lives, one of the central scoring mechanisms is "scratches." You're trying to rescue stray cats without getting scratched too much. Whoever is scratched the least scores 1 point per scratch they've collected. So there is a really strong incentive to undercut other players in that set collection mechanism.


The Basic Idea
I'd like to explore this even further by tying it to player-controlled valuations and rarity. Here's the idea... Let's assume we have a game about rare metals and gems. Call them Gold, Silver, Diamonds, and Rubies. Each 1, 2, 3, 4 or 5 of each resource will be converted to 1 point depending on how rare that resource is in a player's collection. So for example...


And so on, with the same structure for all other resources. So Bob might really value Gold while Sue is facing a glut of the worthless stuff. Okay, sounds simple enough. Now I want to take this one step further.


One Step Further
What if collecting the resources in a game-round didn't just score your points for that round, but also adjusted the value of those very same resources in the next round. And the next round after that. And on and on... For example: