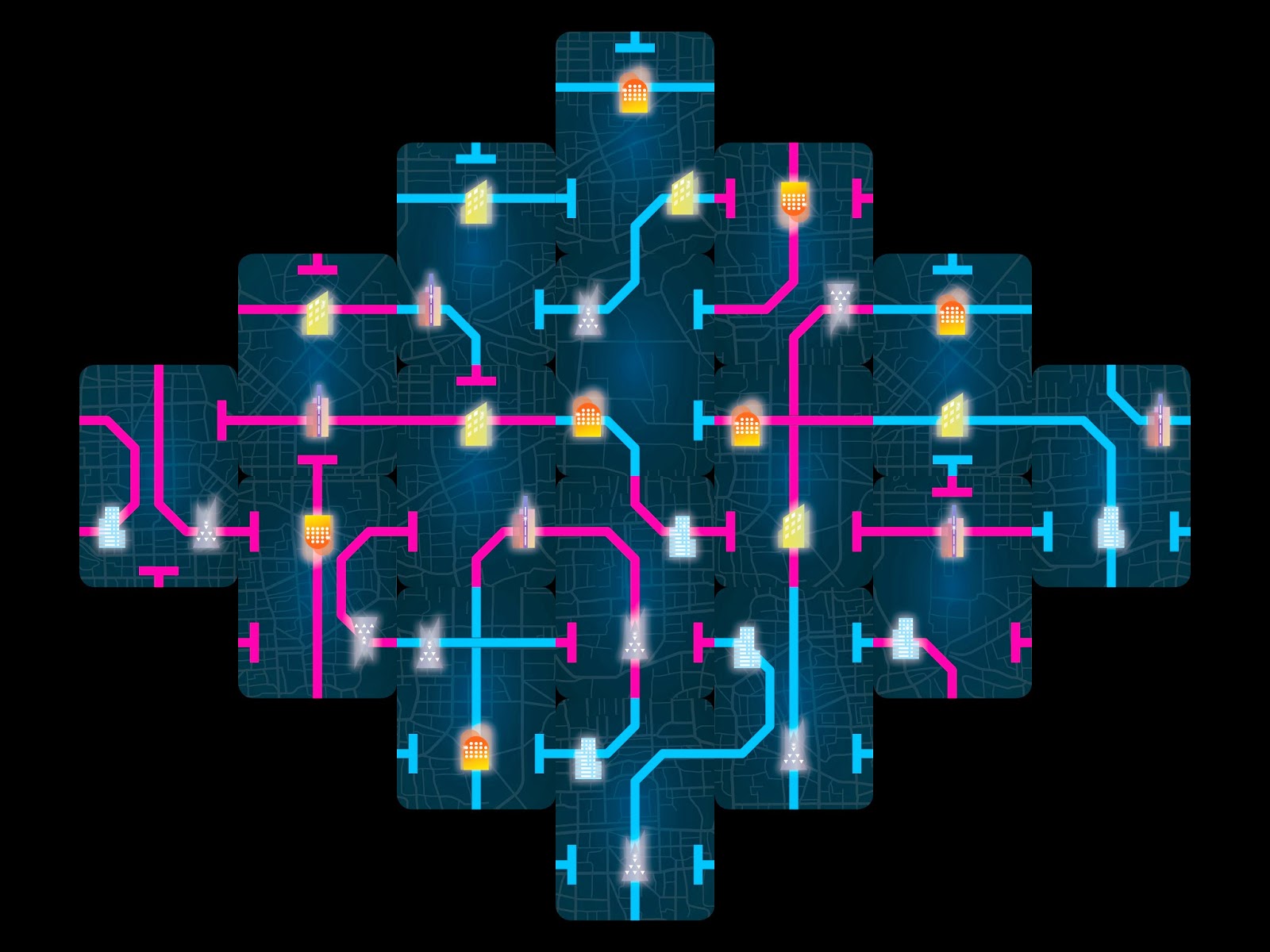 Light Rail will be one of the more simple and elegant games in my catalog. Fast gameplay, approachable but difficult decisions, tricky spatial strategy elements, and a fair bit of luck.

Playtest comments have all been positive for a light filler. Experienced gamers like the twist of sharing routes as an area majority mechanism instead of routes being exclusively one type. Puzzling out the logic of the emergent game board has been the most difficult hurdle, but that might be the one little fiddly rule that makes the game a satisfying challenge of mastery.

My aim from the earliest iterations as "Train Town" was to make a tile-based path-building game as approachable as Tsuro, replayable as Carcassonne, using no components aside from cards. I think it's pretty much baked!

The only rough edges are some graphic design issues to make the Building icons distinguishable against the background at a distance and wording the Objectives more clearly. Minor photoshopping will aid the former. Diagrams will aid the latter. The Objectives I've got so far include:


I'd love to include more, but I want to get these core eight really polished before I add anything else.