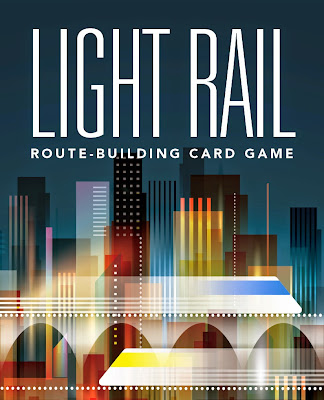 Last year, I was tinkering with a game called Train Town that made the short list in a Korean board game contest, but ultimately didn't make the cut. I've been polishing that concept off lately and trying to trim out all the awkward gameplay while still keeping the core route-building thinkiness that I enjoyed. All this on top of the constraints of a standard deck of cards made for a curious challenge. I've got this core system pretty nailed down and ready for some more thematic twists. For now, here's the basics. 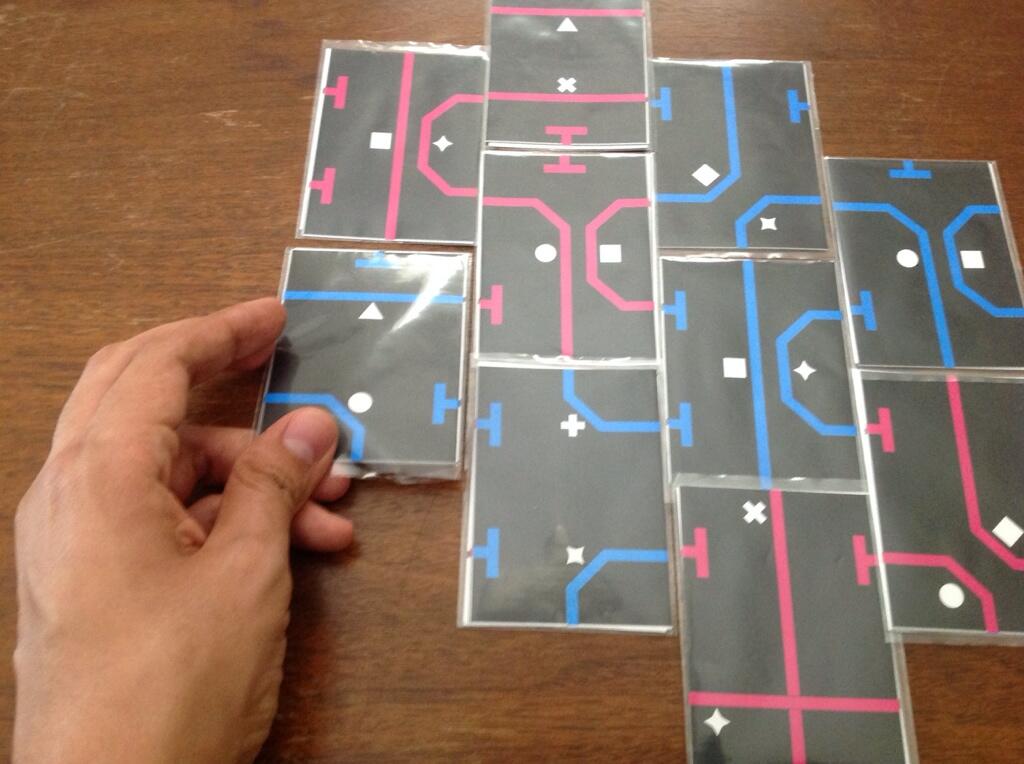 Take turns playing cards of their own color in a staggered brick pattern. 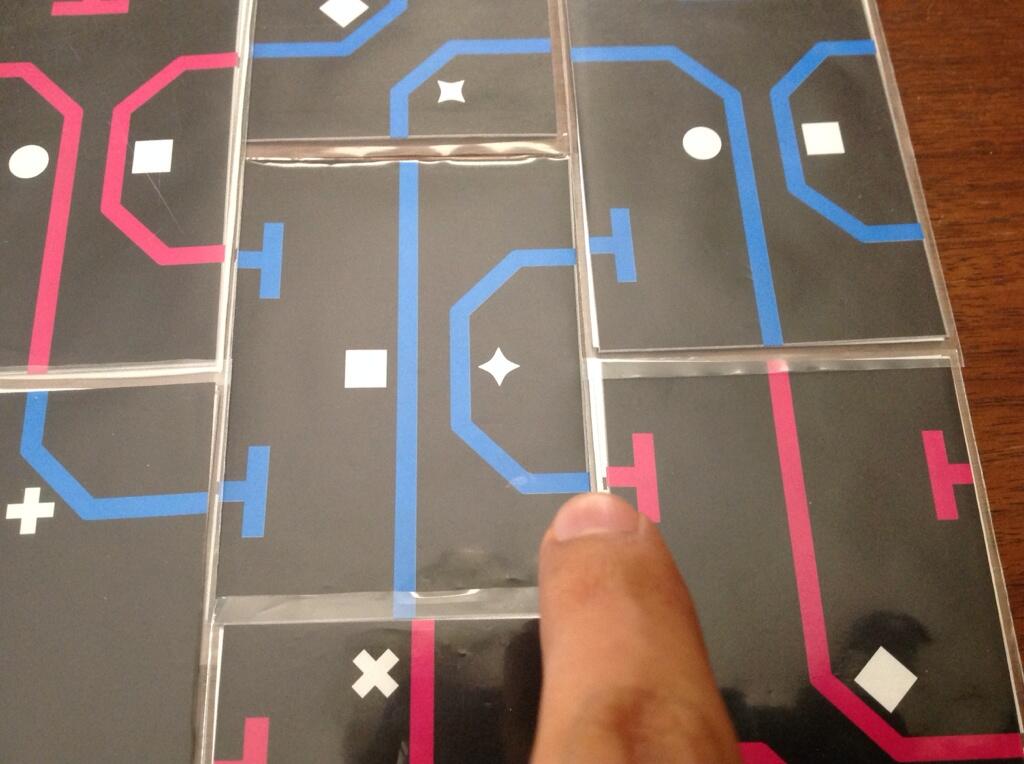 If you complete a route, check who has the most segments of their color on that route. That player will score points equal to the number of different symbols on that route. In the final version of the game, these symbols will be building icons. 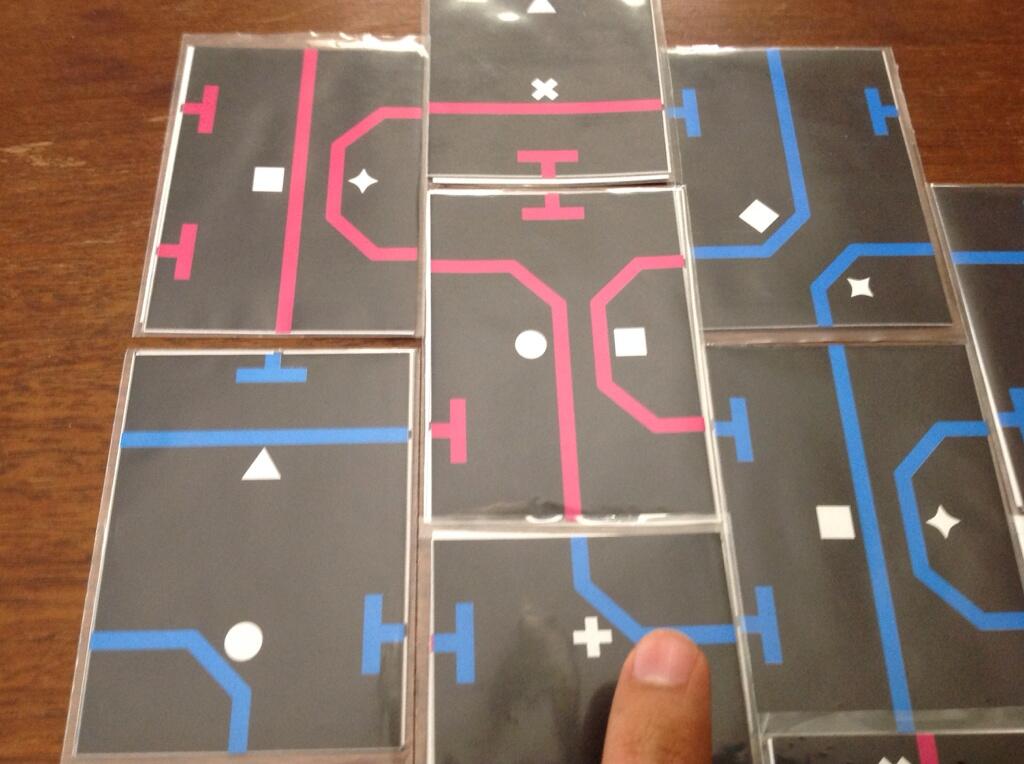 If two or more people share majority, they both score. In this case, pink and blue both have an equal number of segments, thus score 3 points each because there are three different symbols. (The + appears twice.) 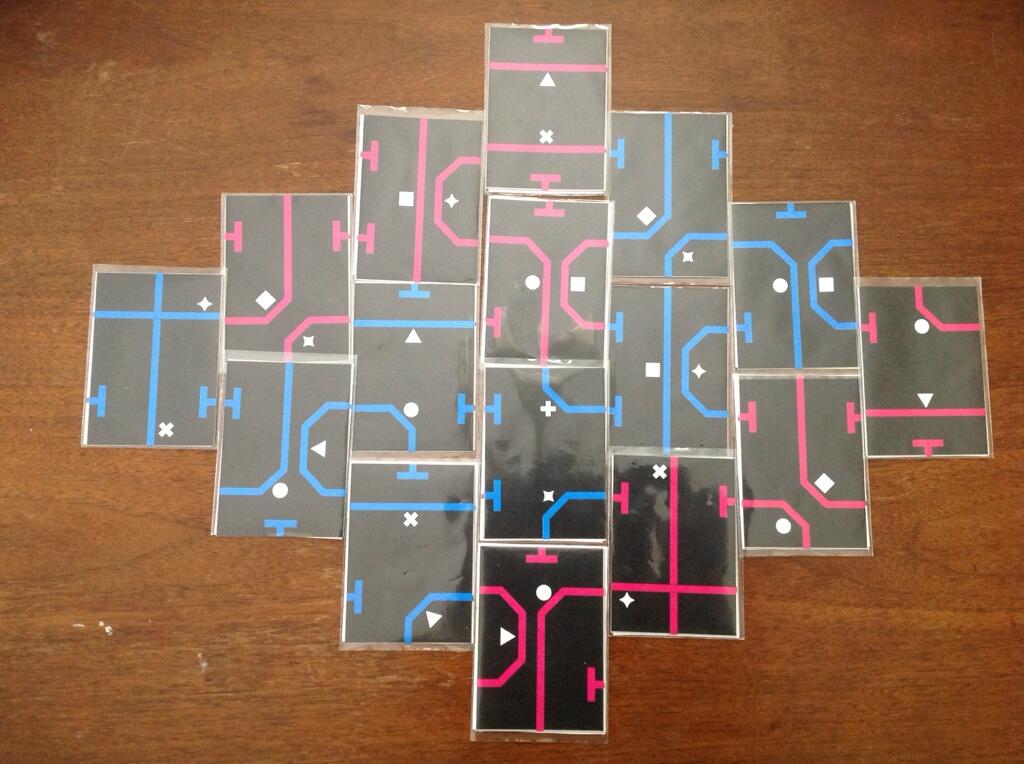 A 2p game is constrained to this diamond shape. 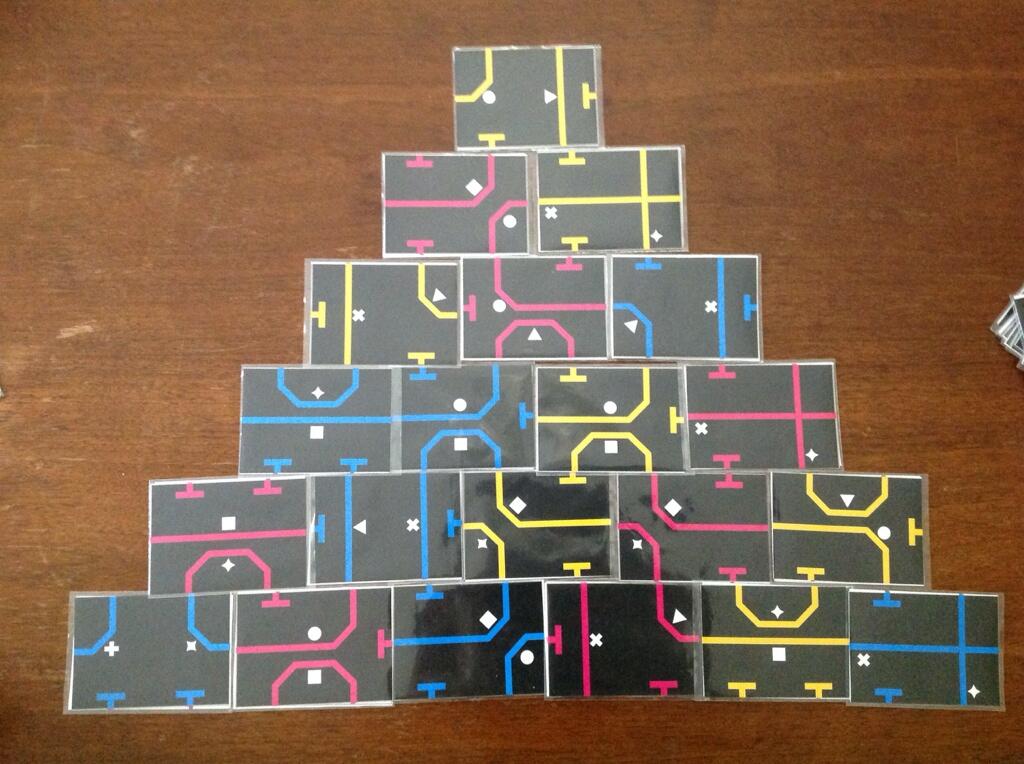 A 3p game is constrained to this triangle shape. 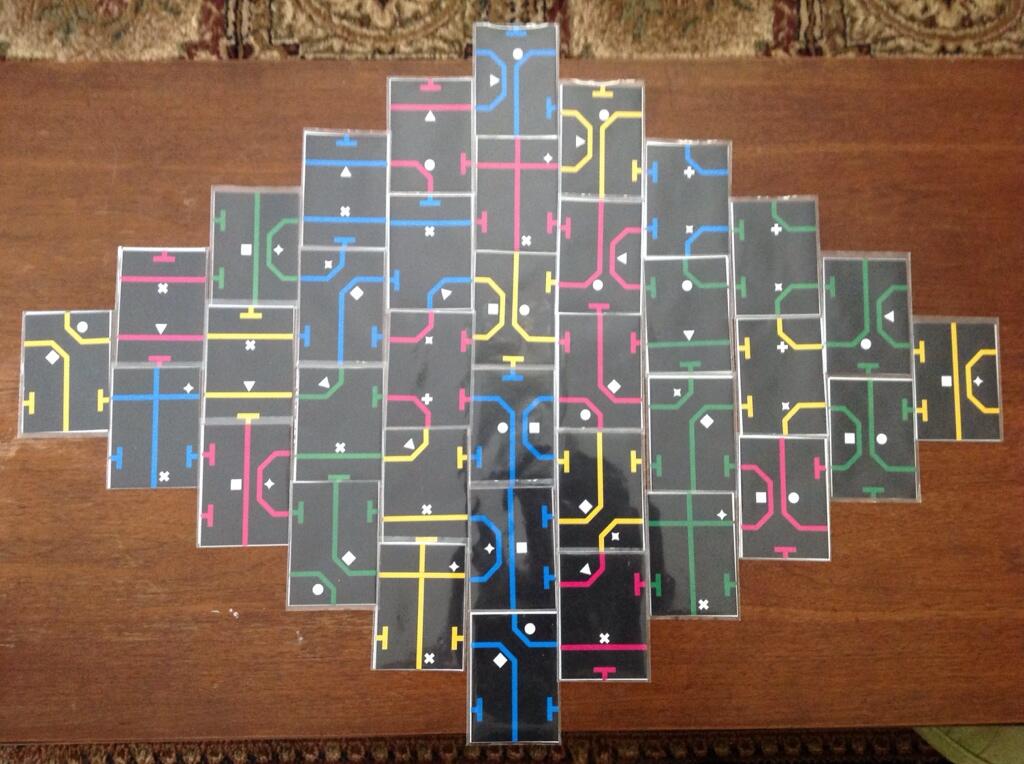 A 4p game is constrained to this large diamond shape, which barely fits on my coffee table!

In all of these shapes, the "center" is not defined at the beginning of the game. The field can grow and sprawl in any direction, but soon the final shape begins to emerge and choices get progressively narrower as the game extends to its outer points.

There is one special rule in a 2p game, which occurs at the end of the game: 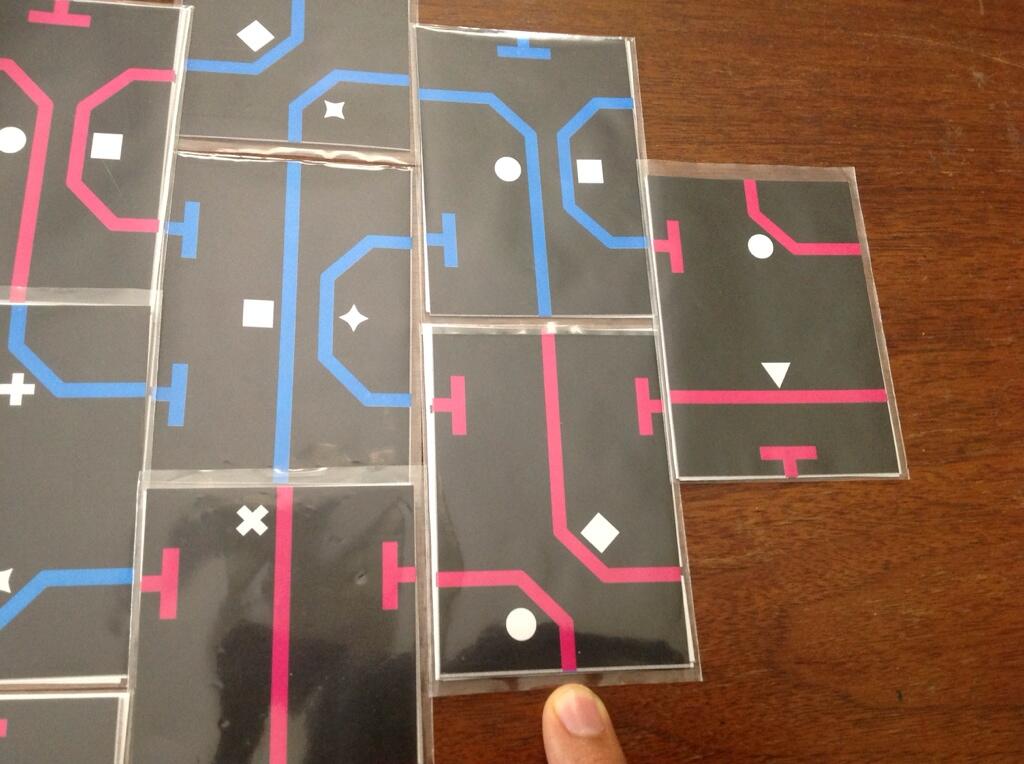 Players also score "wraparound" routes that extend from one edge of the field to the corresponding opening on the other side. In this example, the route at the bottom wraps around to the top. Pink has the majority and scores 1 pt.

Next Steps: I want to add more of the train theme into the game without breaking this essential simplicity. I think adding objective cards might do the trick, like in Ticket to Ride. Things like "A complete route with these three buildings" or "One complete loop with no terminals." might be just enough theme to be interesting.
light rail Train Town