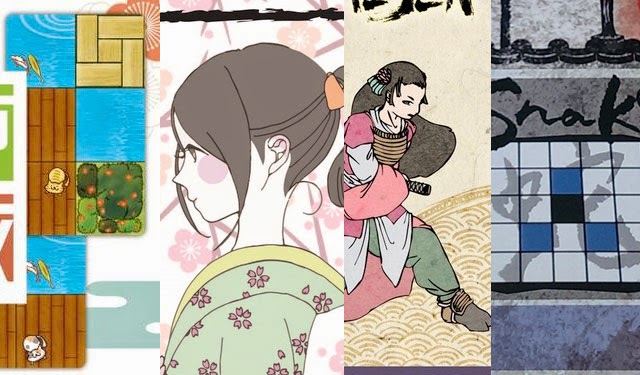 I had the opportunity a few weeks ago to play at a dedicated game night for Japanese games, but I was recovering from some nasty con crud and had an 8-hour drive ahead of me the following morning. Probably for the best health of my friends that I didn't attend... I guess.

It seems I missed out on some great light abstracts. Thankfully Eric Martin has been posting video reviews! No substitute for actual play, but at least covers the basics.

Each of these games strikes my curiosity for their unique mechanics and effective use of cards as primary gameplay components. They may use oddly shaped cards or add a die to the mix, but overall these are mainly card-driven games.


Edo Yashiki has a cool scoring mechanism for its "advanced" mode. You can score A, B, C, or D on your turn, but once you've done so you can't score it again until the others have scored first. For example, if you scored for Apples this turn, you couldn't score Apples again until you've scored Bananas, Pears, and Oranges. This is effectively similar to Reiner Knizia's set-scoring, but incorporates it more directly and seamlessly into decision space.


Colors of Kasane taps into the set-collection schemes that I've been pondering the past few months. In the game, players draft cards into their hand from a central tableau and must keep their hand of cards in the order they were drafted. Once you have a viable set, you score points and discard those cards. The sets are things like "all odds" or "all evens" or "straight three," and so on. I'm a sucker for any game that has minimum level of information on the cards but maximizes their possible synergies. This is the game I'm most looking forward to owning.


Ninja Taisen is a really cool abstract that effectively uses a linear "board" with just one line of spaces. Players roll dice to get 1-3 moves in which they move one of their ranked and suited cards up the track towards their opponent's end of the line. The interaction of those cards-as-pieces is really well-thought out and gives me hope for more two-player abstracts in my own catalog. Though the game is themed around rival ninja clans invading each other's territory, it seems more like a clever fencing game where the duelists are constrained to the piste.


Onitama is probably the least card-focused game in this list, but still a worthwhile lesson in randomized replayability. The game is basically a pure abstract, right down to a gridded board with identical wooden pawns moved by each player in turns. The real hook of the game is that your possible movements are governed by cards in your hand. Each player has two cards and a fifth card to the side of the board. On your turn, you choose one card to play, move a pawn in the manner indicated. You then put your played card to the side of the board and pick up the other side card into your hand. Thus each player has different possible moves each turn, but they are very easy to remember each game. 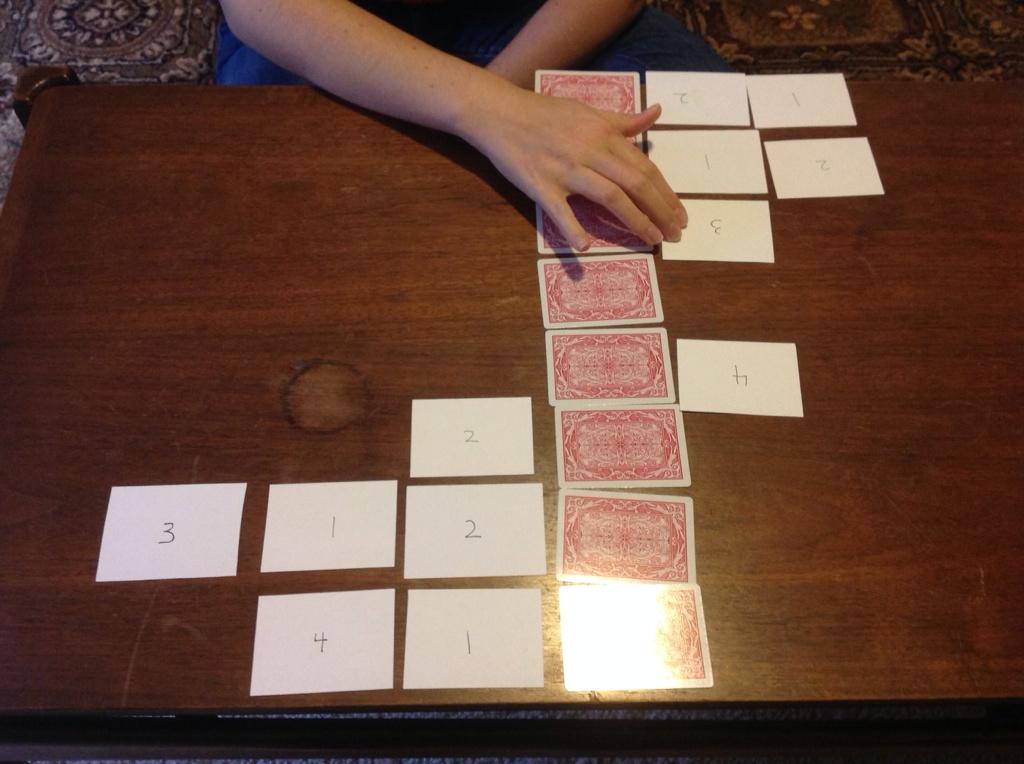 For more, check out this Twitter thread where I experiment with Ninja Taisen's mechanisms rethemed as a solo climbing game.
game design