Puzzle Climbing Game [In the Lab] 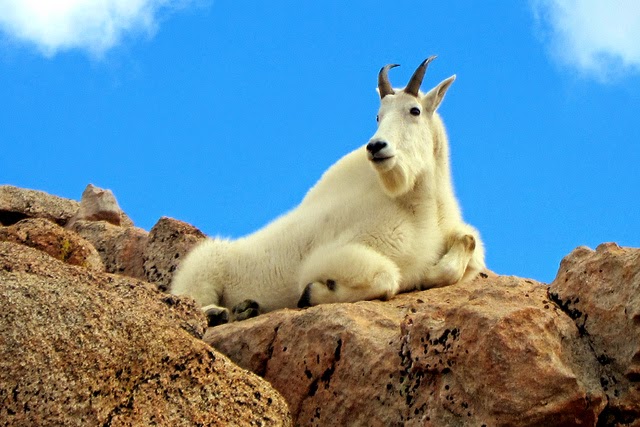 Sometimes a little mechanism gets a hold of my brain and I can't shake it unless I write it down. This time it's inspired by Ninja Taisen's linear board and Foxmind's lovely abstract Linja. Presently it's more of a system for solitaire puzzles, but I think there is some potential for two-player interaction.

The theme is that you're a herd of goats trying to get across a mountain. If you get at least three over the top, you win. 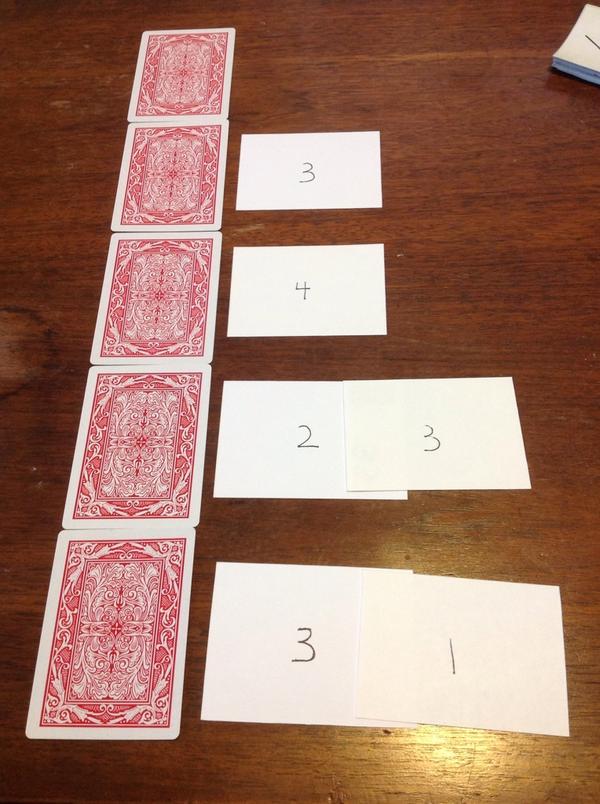 You have a set of numbered cards representing the size of each goat. Begin with them Big goats are stronger and can help their smaller brethren, but their bulk also makes them less nimble on the steep cliffs. 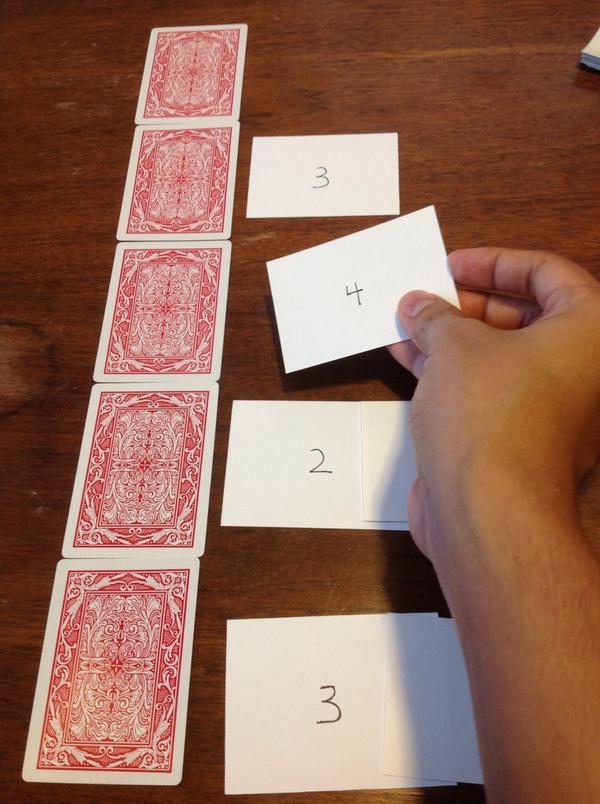 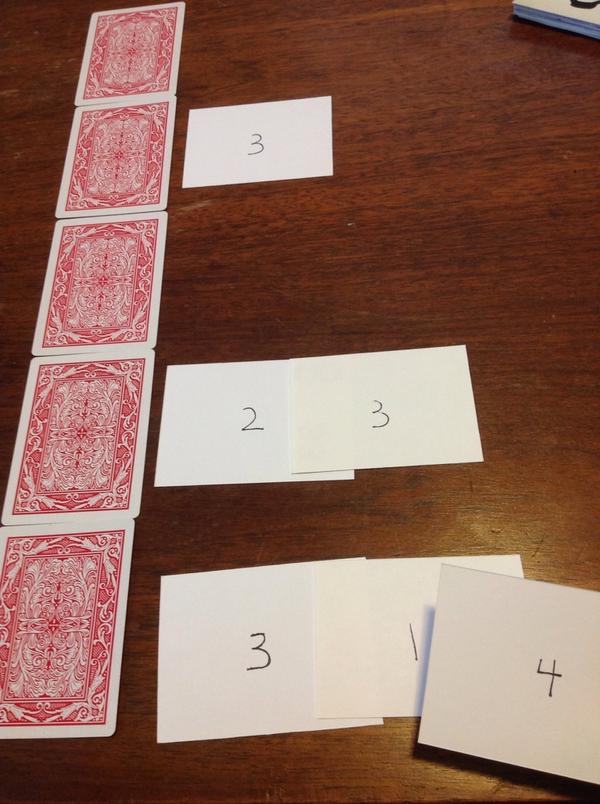 Step 1: Take a card from the inside space of any level and move it down to the bottom level on the outermost space. 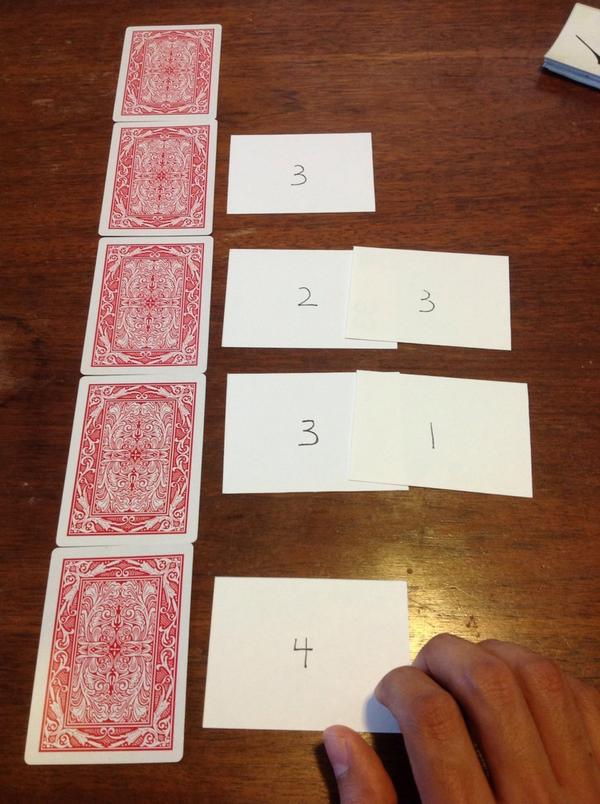 Step 2: You have a number of moves equal to the goat you just sent to the bottom of the mountain. You can move any other cards in any order that many spaces up the mountain. Remaining goats on a level move inwards as innermost spaces are vacated.

And that's pretty much it! Very simple little puzzle but with some interesting choices for solo play. I'd like to expand on the idea by making goats have synergistic effects when they are on the same level, including on an opponent's goat.

Alas, I'll have to set this idea aside for the foreseeable future until I get a spare minute in my schedule. Still, a fun idea. Get your goat!