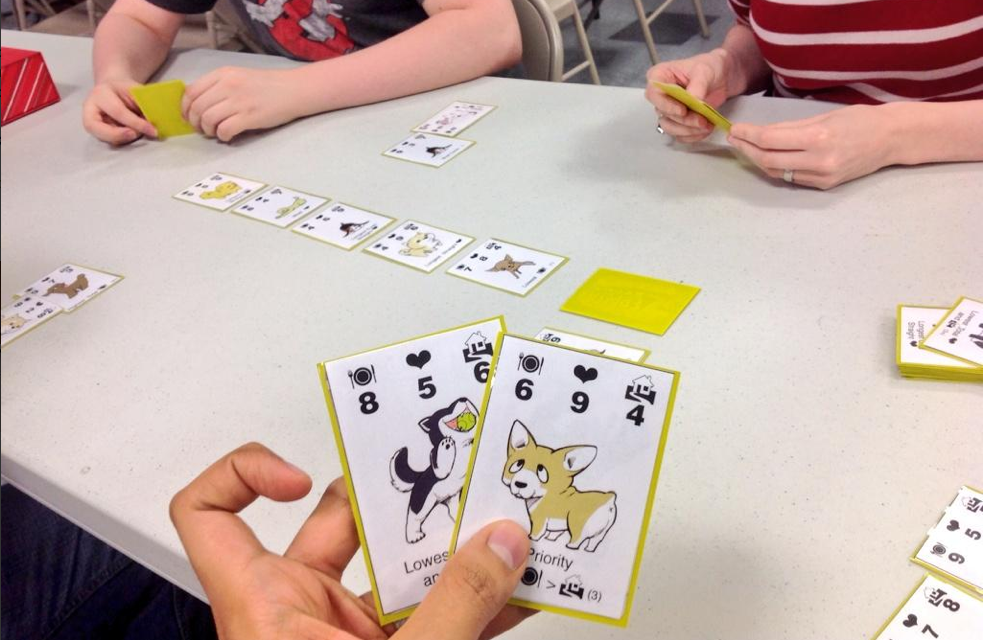 I've been developing Arf! internally for a while and have finally polished up some of the rough edges with outside playtesting. I always knew this would be one of the simpler games in its final form, but there's this inevitable step of development where I make it way too complicated before scaling it back to essentials.

This is particularly important for a game with such light, approachable art. I didn't scale back Nine Lives quite enough during its development, which has led it to being a slightly less approachable game than it could be. I didn't want to fall into the same trap with these pups.

So first, a recap of gameplay. 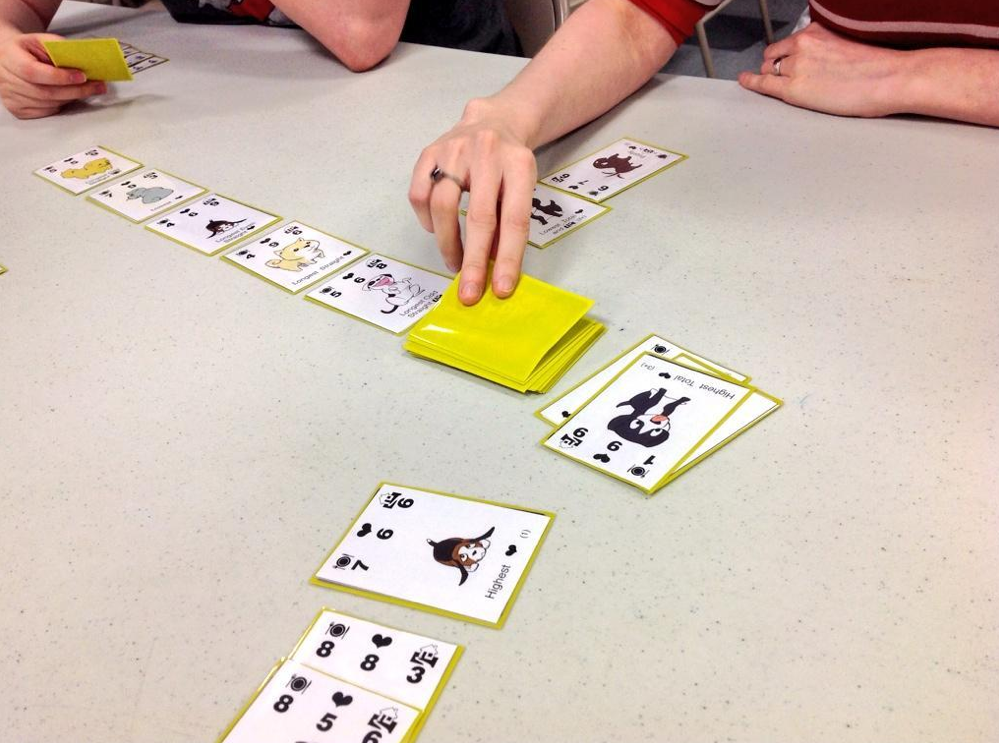 Theme: You're volunteers at a three-day adoption fair, competing to adopt out puppies to the best homes. You're sort of a matchmaker, presenting several clients to picky puppies who have particular needs.


Cards: Each card is multipurpose. If a card is in your hand, you only pay attention to the information at the top of the card. These are the food, love, and space your client is offering to a puppy. If a card is in the central tableau, then it's a puppy who is demanding whatever is noted at the bottom of the card. For example... 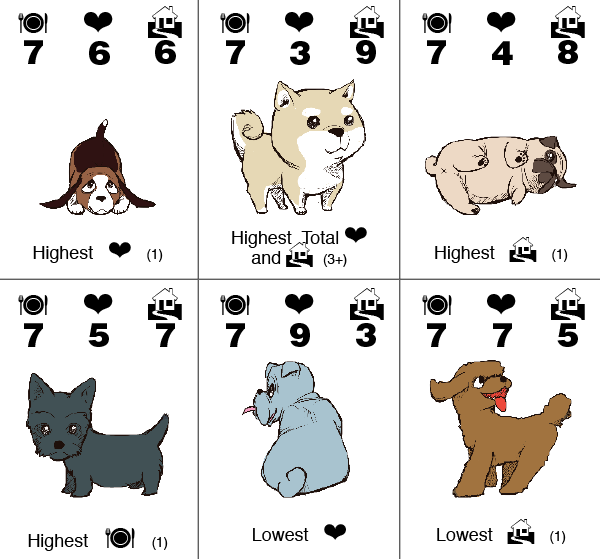 When the deck runs out on Day 3 or there are not enough cards in the deck for everyone to get their full share of cards, the game is over. The active player completes their turn, anyone who has puppies in front of them adopts them out.

My main mistake was trying to shoehorn the triple-triangle deck idea into a game this simple. You may recall this here: 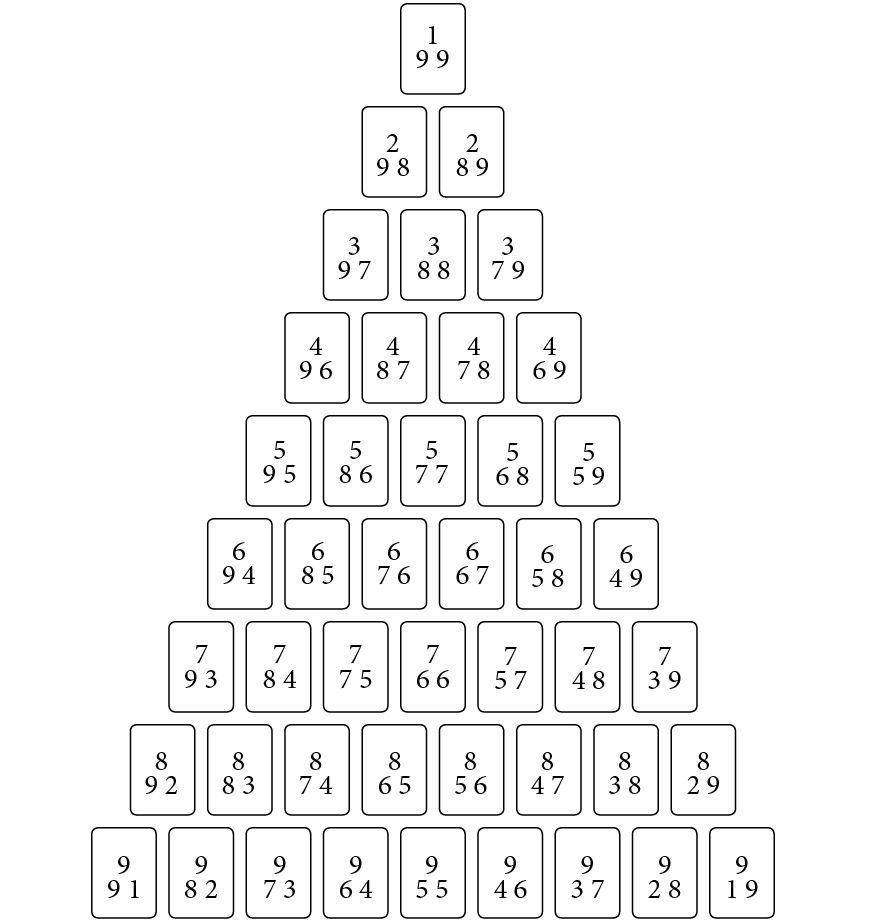 It's too clever by half, unfortunately. It had too many numbers to track and made some sets way too high in their sums. I'm simplifying the deck into three suits (Love, Space, Food), each ranked 1-5 three times. This way, there is only one digit to track on the card and I can make the puppy-demands a bit simpler. I have some options for set collection mechanisms in the endgame.
Anyhoo, this is coming into the home stretch. Arf!
arf!