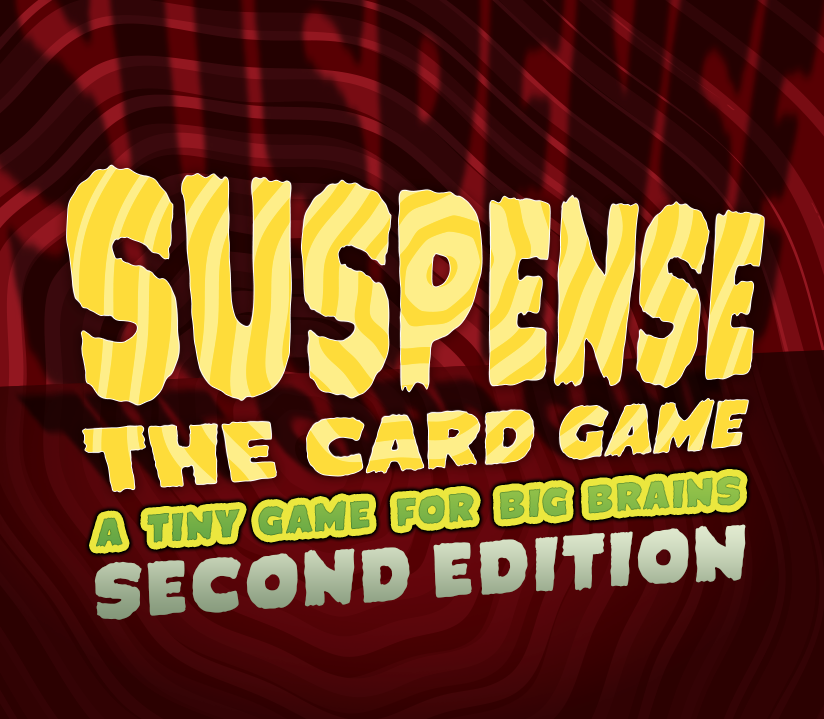 Hey all, just wanted to give you a head's up that a second edition of Suspense will be coming next week as a part of the DriveThruCards Halloween promotion. Can you believe it's been a year since Suspense first came out?

What's new in the second edition:

Setup: While setting up a round, shuffle cards from an extra deck of Suspense cards depending on the number of players.

END OF ROUND: The sum of numbers in play that triggers the end of the round depends on the number of players.

SCORING: If multiple players win a round, all score points noted on their winning cards.

END OF GAME: Continue playing rounds until each player has been the dealer once. The player with the most points wins.


Aside from that, it's the same game you've enjoyed the past year. Hope you dig it!
Suspense the Card Game