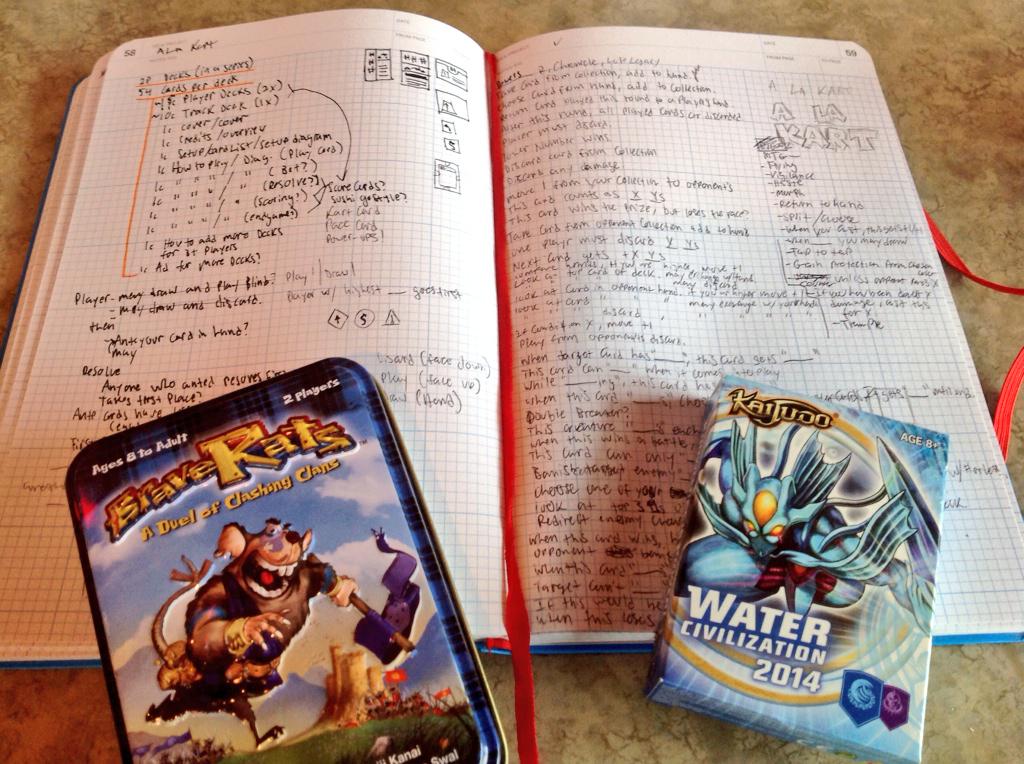 As I mentioned last week, A La Kart has at its core the DNA of a CCG. There are focused constructed decks tailored to unique play styles, customization options for advanced players, and expanding options released over time. The whole shebang. This is a new territory for me, as I tend to design more standalone, (hopefully) elegant, single-deck games.

So, I got to work researching. I played Magic back in the day and a bit of Netrunner earlier this year.  I downloaded and played Hearthstone, SolForge, and Adventure Time: Card Wars. Explored the deckbuilding side of things with Dominion, Ascension, Quarriors, Valley of the Kings, Master Merchant, and Star Realms. My wife and I have really got into Kaijudo, and we're disappointed that the CCG business model requires such a huge critical mass that the game is no longer supported despite some avid fans. That's another story, though.

But throughout all this, I've found some really smart people talking about CCGs as a design genre.


If you have some good lectures or interviews to share, I'm eager to see them!