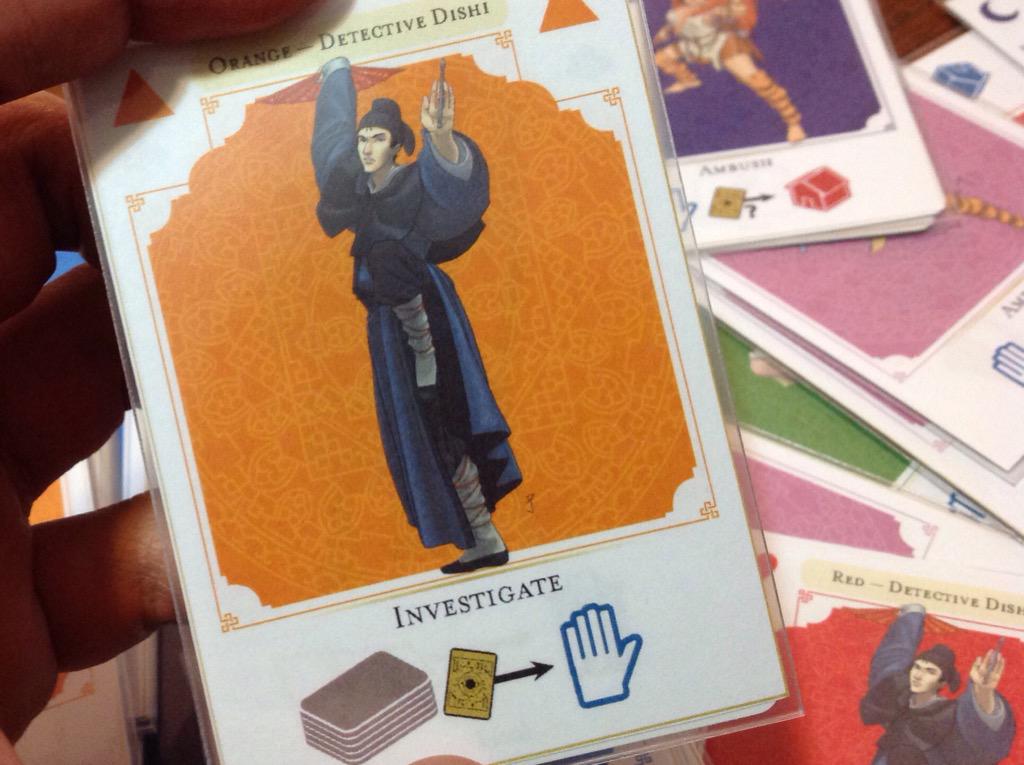 As noted yesterday, the Detective's ability to simply draw a card from the deck was really not useful or desirable for a lot of playtesters. I tested out the revised ability last night:


I may have gone overboard and replaced his undesirable ability with an overly powerful ability. It gives you a one-two punch in that it lets you draft from an opponent's hand *and* lets you take control of the game's speed. For example.... (Names below changed to protect the innocent.)

Last night, Steve took a gamble by investigating Jane, who had only two cards left in her hand. Steve kept one card that gave him majority in Red. He then gave the second card to me, hoping to saddle me with an unwanted suit. This left his Jane with no cards in her hand, which ended the game.

This was a risk because she had two fewer cards to worry about at the end of the game, so she might have won simply because she had fewer cards. A slightly lesser risk was that he gave me a card I would need to fulfill a majority in a suit.

However, in this case, neither risk really panned out. Jane had a few too many singletons in her collection. While I had a few majorities, it wasn't enough to off-set all the cards I collected. He ended up having the winning score.


This is an edge case, so I'll need to playtest some more to make sure it's it overpowered. Honestly, maybe the fact that Steve was able to so deftly take a risk and have it pay off might be a sign that the Detective has a really good ability. I'm happy to hear your input!
trickster