The People vs. Robin Hood 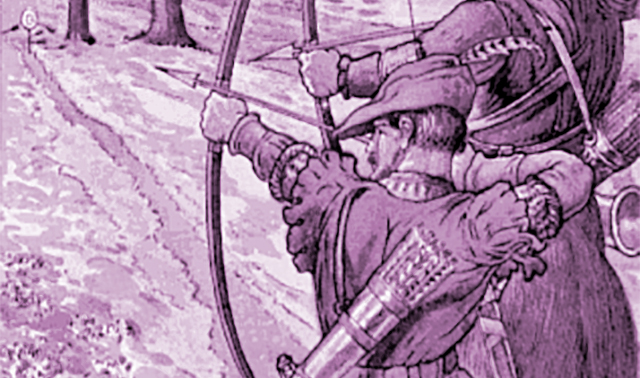 It's been about two months since I posted the rules for "Curse You, Robin Hood!" for public feedback. To summarize it, you're a merchant in the time of Robin Hood. You're trying to get rich, but not rich enough that Robin Hood notices your stockpile and robs from you. Each player simultaneously reveals a card from their hand, then some players engage in mandatory trades based on whether they play matching ranks or highest/lowest ranks. Here's the gist so far:

+ Many funny surprises as a result of the simultaneous reveals and mandatory trades
+ Great quick playstyle for tavern play
~ It's feather-light, which is a plus or minus depending on your group's preferences
- Though it is easy to play, it is hard to know how to play well
- Nuances of negotiation aren't immediately apparent

A. keep it light
OR
B. develop a heavier game with this core mechanism
AND
1. put it on a POD site
OR
2. put it on the pitch track for traditional publishing

A1: Keep it light and POD it
This was my usual modus operandi throughout 2014, which served me pretty well for that whole period. However, it also made for a frustrating dilemma for future publishers who took interest in the games much later. At the moment, I've had more games rejected for being too light than for being too heavy, which says to me that these light games are just better products for POD channels.

B1: Develop a heavier game and POD it
This will take a little longer as I figure out what to add to the game, meaning new mechanisms and components. I can foresee what is currently a trading mechanism instead being some other mandatory interaction, similar to the destiny deck in Cosmic Encounter. With new components, that likely raises the price beyond the usual $9.99 psychological limit. A tougher sell for the POD market.

A2: Keep it light and pitch it
I've had more games rejected for being too light than any other reason, partly because the economic pressures of POD games compel light gameplay with low price tags. As a result, it's harder to "stretch" these games for kickstarter campaigns. Meanwhile, even if it does get accepted, you have to compete with hundreds of other light games that come on the market every quarter. It's a very crowded market. Gotta admit, this option isn't enticing.

B2: Develop a heavier game and pitch it
More recently, I've tried to beef up my old light games to be a little more meaty, but then now I'm having the opposite problem. The games are feeling a little too cumbersome in their procedures or upkeep. That's probably just me still grappling with this sphere of game design, but more than one bit of advice has told me that I need to go in this direction if my career is going to develop any further.

So yeah, I'm trying to figure out where to go next. No verdict just yet. All of these options have pros and cons. What do you think?
Curse You Robin Hood game design