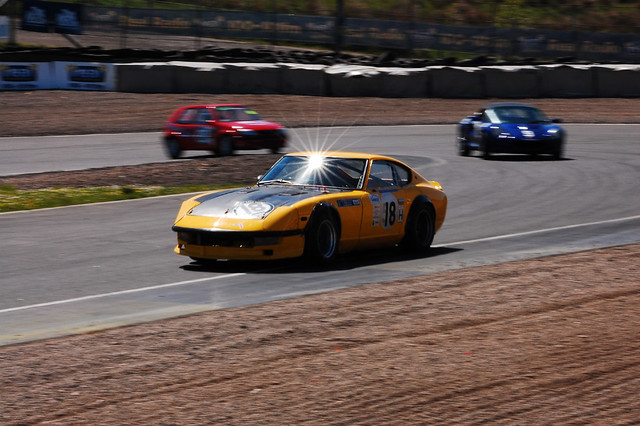 Back in December 2015, I was noodling a simple turn order drafting mechanism with some random bits I had around the lab. Little did I know that a similar mechanism had been incorporated into Madeira, but I thought it worth posting about for posterity in case I explore it for future designs. 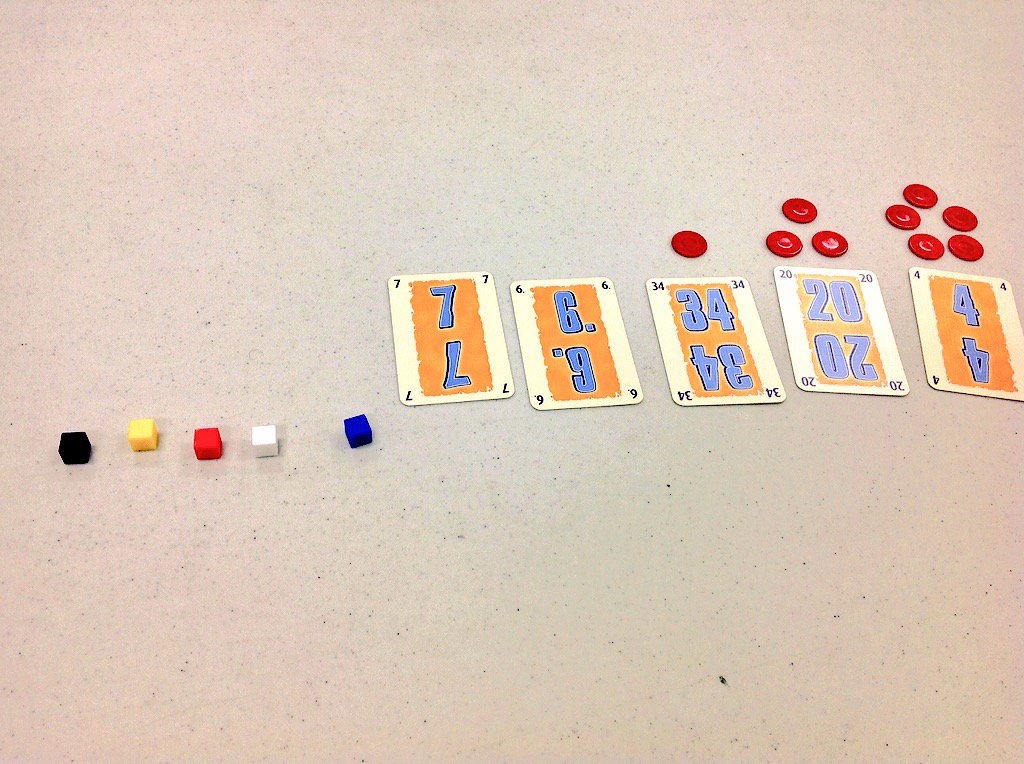 From first to last, each player moves their pawn beside any card and takes it, along with any of its chips: 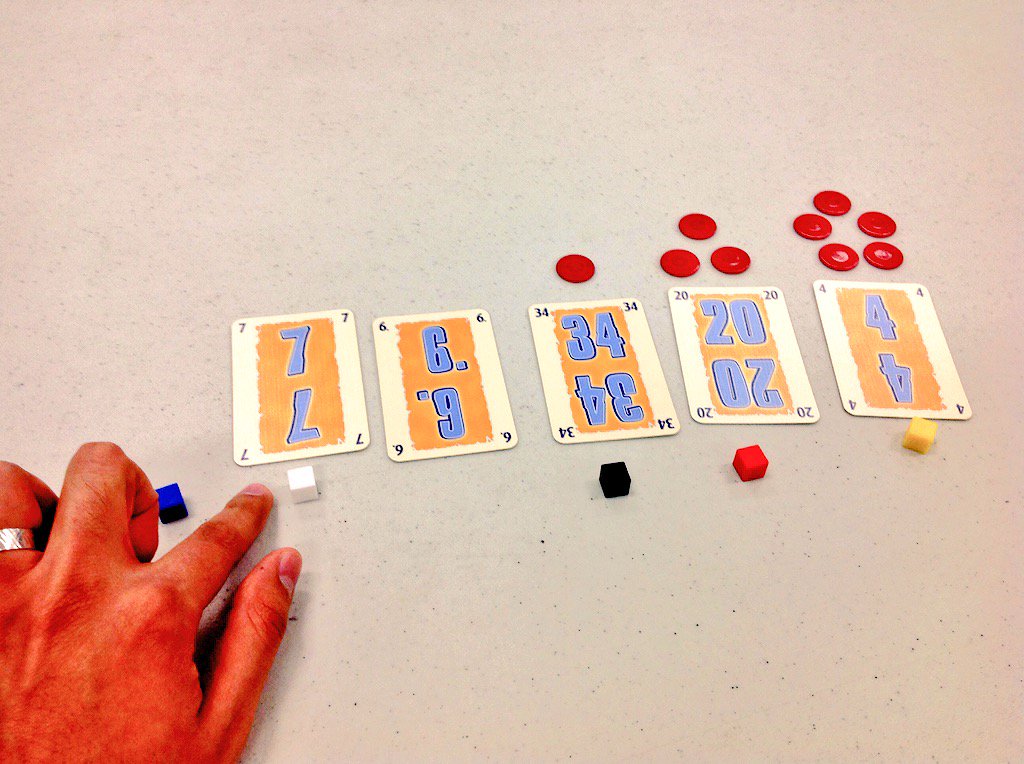 Once the cards and chips are gone, the pawns remain, thus establishing a new turn order for the subsequent draft. I could see this drafting mechanism imposed onto a track, so on any turn you can move up to 5 spaces forward, collecting whatever is available on that spot. There would need to be competing but comparable motives for collecting a card, moving up in turn order, or moving along the track. I'm very curious to see a racing theme for this mechanism. What do you think?
game design lab