A Princess Mononoke-inspired Board Game? 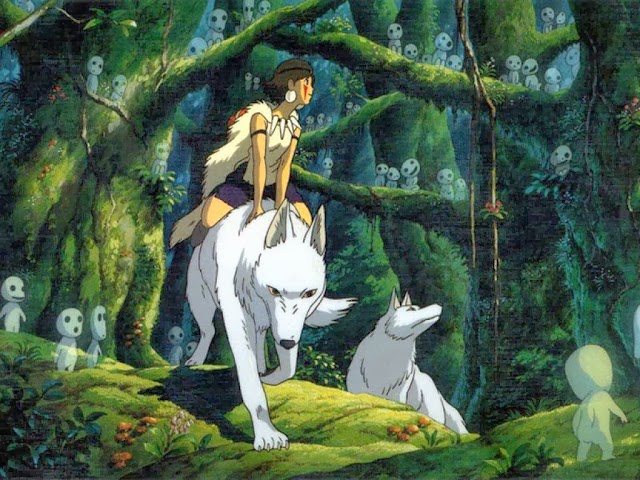 Here's a quick overview of the game I'm tinkering with for UnPub4. This could technically be my first board game that could use an actual board! The game focuses on one small valley over the course of several generations, as tribal populations wax and wane, trying to keep a sustainable balance with the local ecosystem. 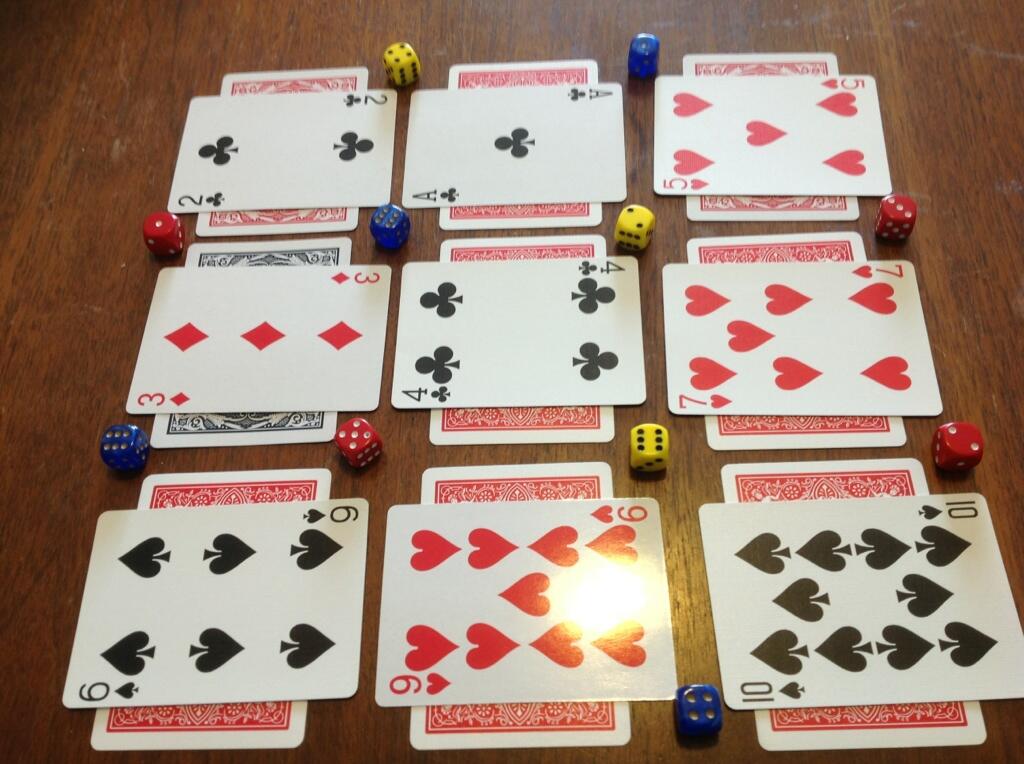 The board is comprised of a 3x3 grid representing a misty valley. In each cell is two randomly drawn cards, one on top of the other. The bottom card is face-down and represents a conditional effect, sort of like "terrain" of the valley. The top card is the actual resource up for bids in an auction.

To start the round, each player rolls 3 standard dice. This represents the population of your particular tribe this generation. The lowest total population takes the first turn. On your turn, place one die on a vertex of the grid. You cannot place a die on an occupied vertex.

Certain faces have certain abilities based on the reputations you've earned in previous rounds. These reputations describe the culture of your tribe over time. Resolve those effects upon placing the die and end your turn. For example:
And so on, lots of different reputations available for purchase, as I'll explain in a moment. For now, resolve the effect and end your turn. Each player continues until all dice are placed, thus ending the round. Then players claim their resources. 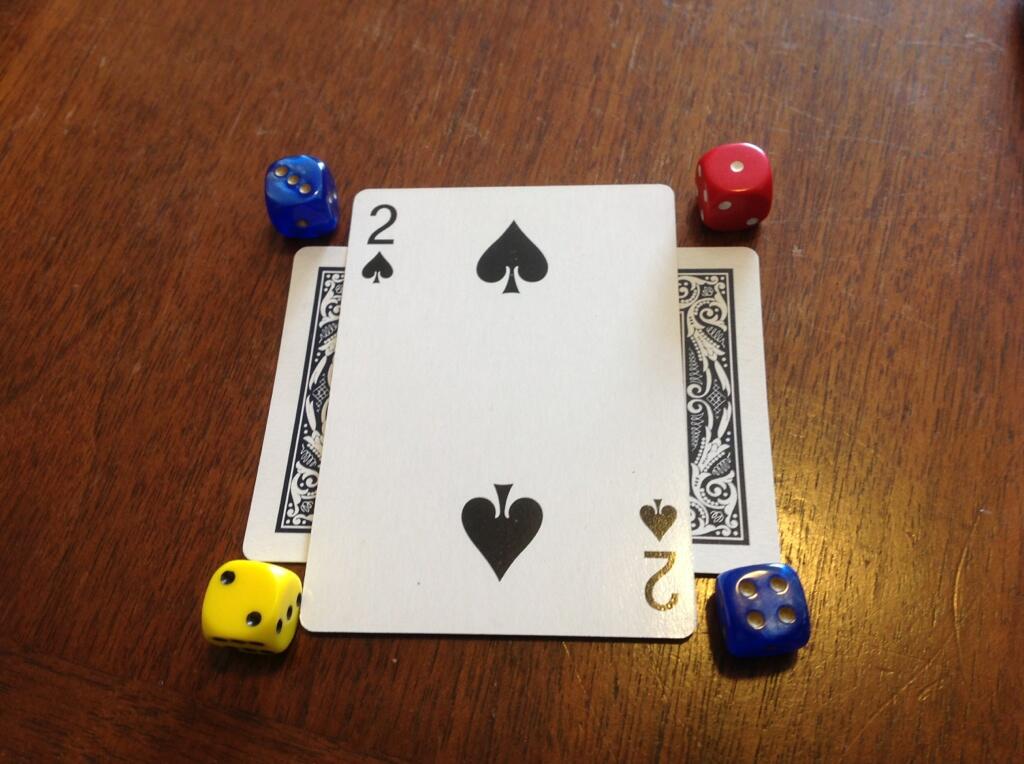 After each round, players claim any top card around which they have the greatest population.  In the example above, the blue player later trumped everyone with a total population of 7. As noted in the prior post, I imagine these cards having three tiers of reward based on the winning bid: 1-6, 7-9, and 10+. The higher the winning bid, the less you win. In other words, overpopulating that part of the valley led to strained resources.

For the sake of prototyping, I'm considering a simpler rule that the winning bid is subtracted from the rank of the suit, minimum of 1. The suit itself is considered one of four resources. For example, blue would only win 1 Spade from this card.


Scoring and Advancement
Your ultimate goal is to make your tribe as happy as possible over the course of many generations. This is represented by their happiness score, which in turn is based on how balanced their various needs are. Imagine a tracker for each player that looked something like this.

As you collect resources, they will accumulate at different rates. Let's say Heart is currently at 9 as indicated in bold above. Diamond is at 2, C at 6, and D at 1.

When any one of your resources reaches 10, it loops back around to 0 and you get to do two things:
So these are the two competing interests: Do you upgrade as soon as possible, sacrificing optimal points? Or do you hold off, trying to keep your tribe's desires as balanced and satisfied as possible even if it keeps you from earning your best choice of special abilities?

Next Steps and Notes
I just couldn't shake the diminishing returns auction mechanic I posted about earlier last week, but I wasn't really inspired by the election theme. Generally speaking, my games tend to have zany and/or peaceful themes and I think this mechanic could work for that sort of experience. I asked folks on Twitter for some suggestions and the one that struck a chord most was Tragedy of the Commons by way of Hayao Miyazaki.

You've heard me talk about Tragedy of the Commons as a game mechanic way back when I first played Lords of Waterdeep: Scoundrels of Skullport. Back then, I had a strong ecological vibe in mind, but I didn't want to get too preachy about it. Princess Mononoke in particular seemed a nice point of reference for the desired tone.

For now, I have a lot of work to do to make this a playable prototype. I must make a quick set of resource cards, determine what the reputations might be, and figure out a lot of math. Oof.
auction game board game card game lab river ancient