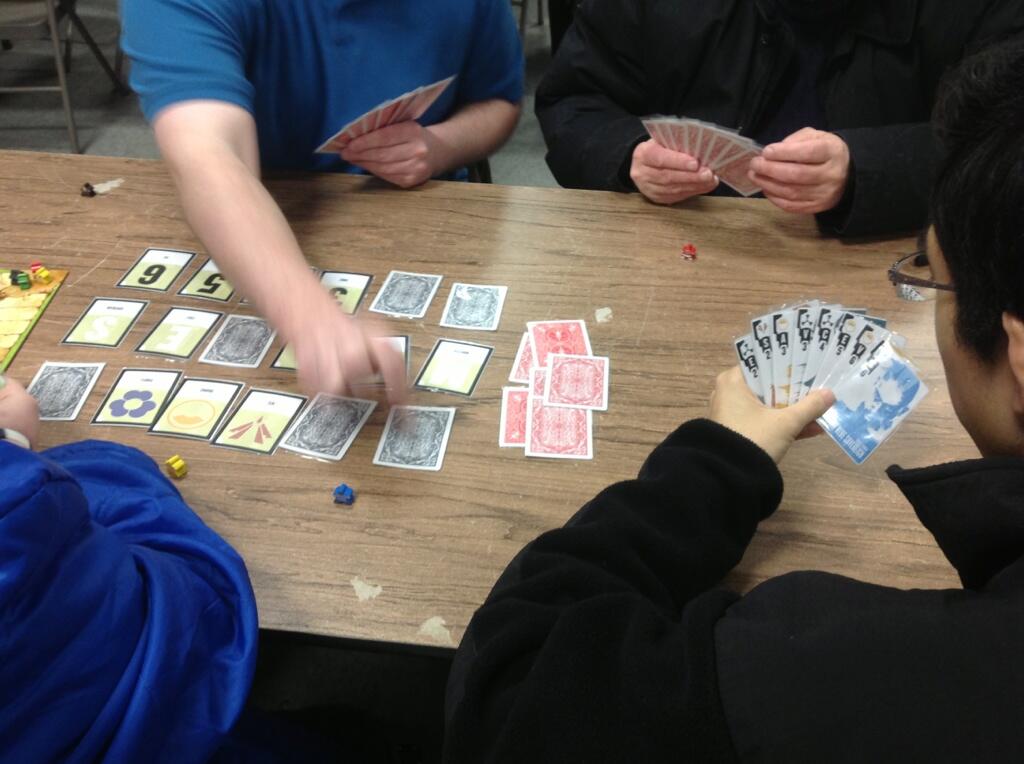 REGIME's fast development taught me something about playtesting in general. First off, if you have a bunch of playtesters offering a bunch of ideas, this is good! You have something your testers find worthy enough to grant their time and energy into helping create. But should you take all suggestions at face value? What if they're contradictory? Which do you listen to? Here was my three step process for dealing with this feedback paralysis. Step 1: Identify a problem before testing, but don't get married to it.
Early on, I tested a simpler version of the game. Perhaps too simple, I feared. I wanted to run some playtests and see if players felt that the game didn't have enough meat to it. All the while knowing in the back of my head that what I believed to be a problem wasn't necessarily the actual problem. Step 2: Let playtesting reveal the real problem.
In the early version of REGIME, players simply ousted one faction card at a time until one color, one letter, and one number were face-up. Any cards you had matching those suits scored points. This meant a lot of the early game didn't feel like it mattered. It was only the last few choices (and thus the last few turns) where any tension developed.

There were many ideas bandied about that would add some complexity to the game. None of them really hit a "eureka" moment, but that's not the job of playtesters. I documented their feedback: Step 3: Observe the suggest-ing, not the suggest-ions, to outline a solution.
I noticed that all of the ideas were additive in some way. Few worked with the interactions and systems already emergent from the existing rules. This is a very, very common response to a design problem, and one I catch myself doing from time to time. So as a general guideline, I try to avoid design solutions that result in complexity for complexity's sake.

I didn't end up using any of these new suggestions directly, but instead tried to suss out what those suggestions were trying to fix. They were trying to make early choices matter. So, what if it wasn't only the last three face-up cards that mattered? Maybe the order in which factions were ousted mattered and had different long-term effects. This eventually became the Unrest, Calm, and Power sub-systems in the REGIME today.

From the outside, it might seem like I just disregarded playtester feedback, but far from it: I needed that critical mass of feedback to show me what the real problem was and what the solution would have to be.