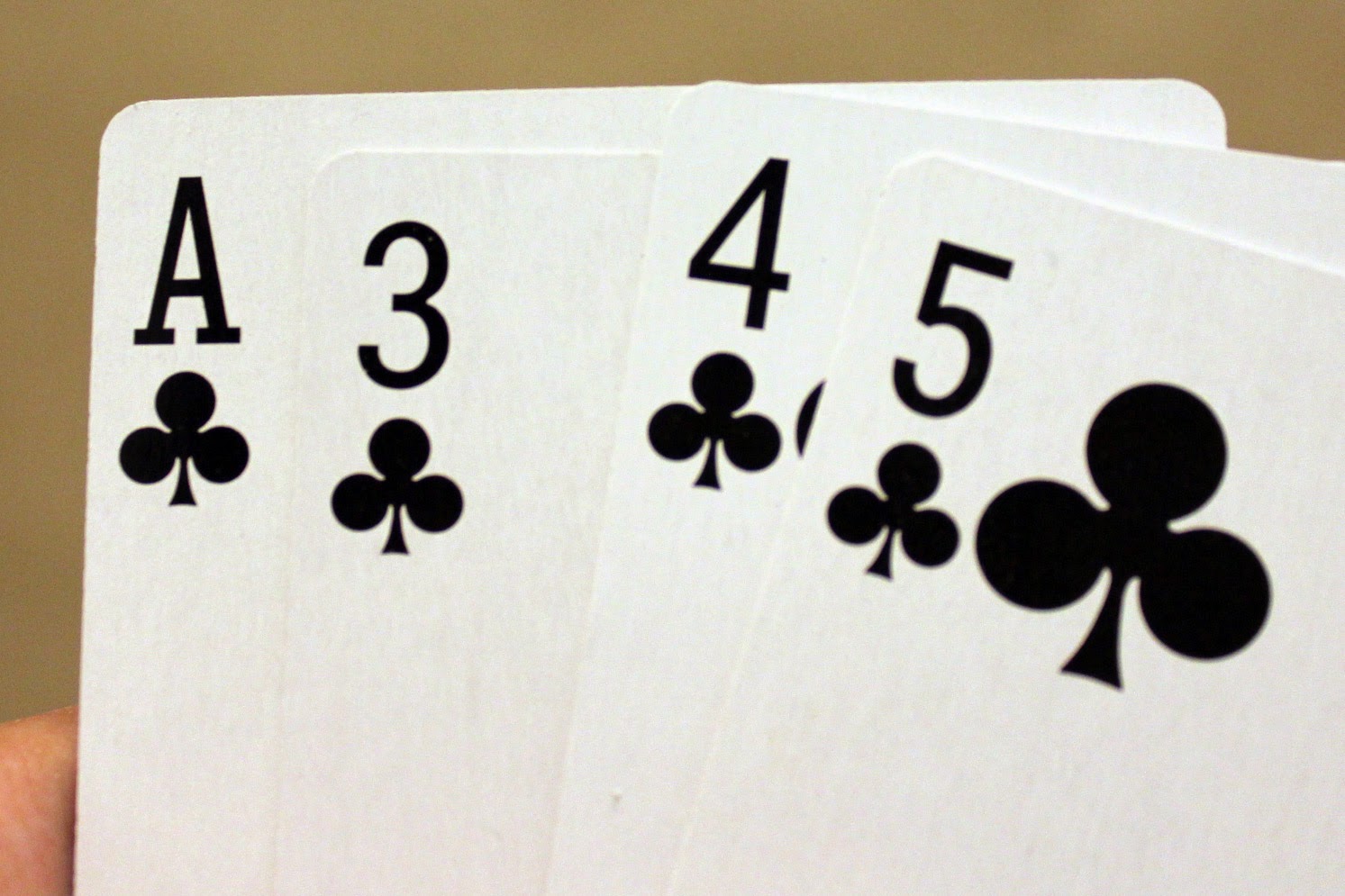 I play No Thanks a lot. (Probably two or three times a week.) It never gets old for me. There are slightly more meaty variations on the mechanism in Lascaux. I also enjoy other just-numbers card games like Pairs and 6 Nimmt! Still, it's hard to match the elegant brinksmanship and risk-taking that Thorsten Gimmler packed into such a tiny package.

But because I like those games so much, I still toy with the occasional abstract card game mechanism. Here's one such notion.

First, assume a game in which playing straights are the primary method of scoring points.

Second, your straight must contain at least X cards, where X is some number determined by other game mechanisms. For now, let's assume it's 3. You need at least 3 cards of the same suit to play a straight.


Gapped Straight Scoring
Finally, the twist: You may play straights with gaps. That is, straights where one or more cards are missing from the numerical sequence. However, there is a penalty: If you play a gapped straight, your score is reduced by the amount of cards missing.


Cutthroat Gapped Straight Scoring
For a more cutthroat variant, you might make the penalty equal to the actual missing rank in the straight.

Personally, I like this variant, but it would require strong incentives to play sub-optimal straights. Achievements are a pretty standard tool for this task.

For example, the first player to play a straight of three cards might get a "three-card" achievement marker. Such an achievement marker may be available for each suit, for straights of up to 5 cards in length.

Once earned, these achievements could not be stolen from another player. Thus, the rewards of the achievements might be off-set by the penalties incurred for sub-optimal straights used to earn those achievements.


Mixed Straight Scoring
One last note, there might be some option to play straights with mixed suits. This might have further penalties, but I think there are enough penalties in this current setup. Too much subtraction is daunting. Instead, I think they should be played as-is, especially since they can be used offensively against opponents to remove critical connectors in their own straights. Of course, a mixed straight won't earn an achievement, but that's the tradeoff for making an easier straight.


Where Next...
So this is a lot of discussion about scoring, but very little about how cards are acquired. I find acquisition to be the more critical aspect of any card game.
Yep, lots of ways to do this. For what it's worth, I want to explore this mechanism further as an homage to No Thanks called Yes Please. Any homage would have to be just as simple to understand, with a clear binary choice, fast play time, and some potential for big swings in scoring.

And don't even get me started on the potential for this with a triangular deck from 12 Days and Pairs.
card game game design yes please