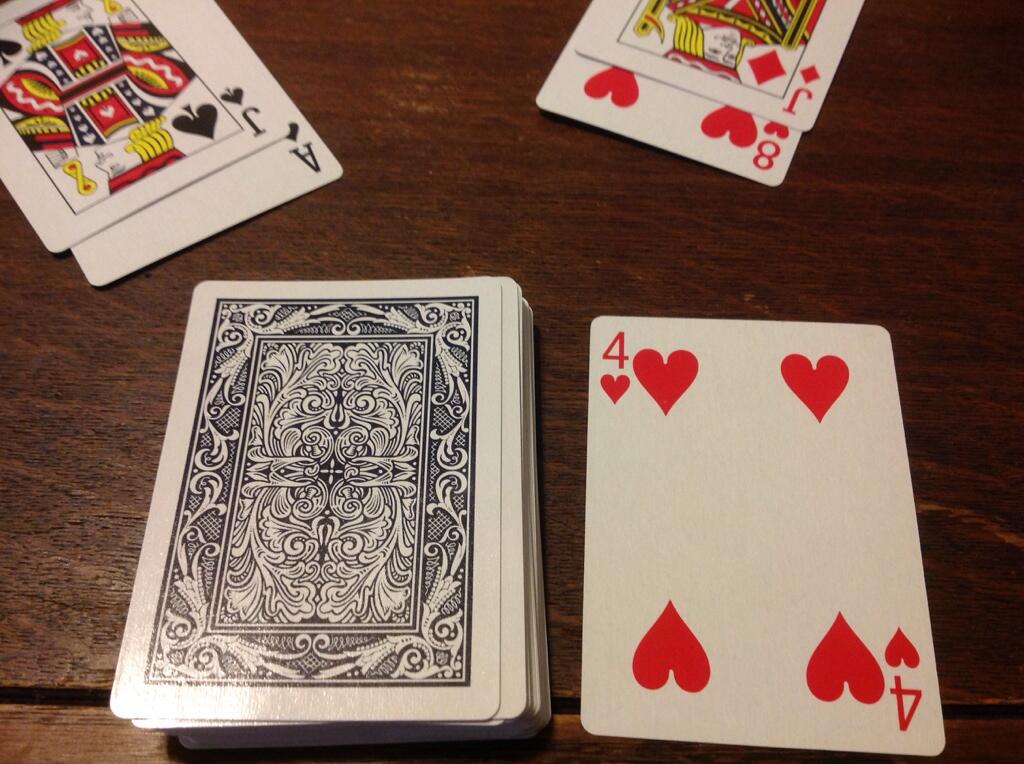 Here's a simple pub game you can play with a standard deck of cards. Like all good pub games, it has a bit of risk-taking and bluffing, plays fast for big groups, and doesn't take much space. I don't have a name for this, so feel free to make suggestions. You can play with 3-8 players.

Goal
Get the lowest score by collecting low-number cards and collecting majority of a suit.

Turns
Start with the player to the left of the dealer take the first turn. Turns continue clockwise around the table.


Your Turn
On your turn, you can do one of two things:
If you drew a card, two things might occur:
In future turns, if there is not a face-up card on the table, draw a new card first and repeat the steps of a turn noted above.

Endgame, Scoring, and Victory
The game ends when the deck runs out. Discard the last card in the deck or the face-up card remaining on the table, whichever is the case after the last turn.

All players reveal the cards in their hand and add them to their collection.

If you have the most cards of a suit, turn those cards face down. If tied, all tied players turn over their cards.

Then add up all the numerical ranks in your collection. Whoever has the lowest total is the winner!
card game