Example of Alien Senate Gameplay... and Where I'm Stuck I've got a basic mode of interaction for Alien Senate, which is pretty interesting in theory. I just don't know what the endstate means. Here's a quick overview of how it plays, in a very basic sense. The idea is that you're deploying senators who are loyal to you. This is indicated by the orientation of the card. If the little point on the card is aimed at you, that means that senator is on your side. These cards eventually form a 4x3 grid of 12 senators. 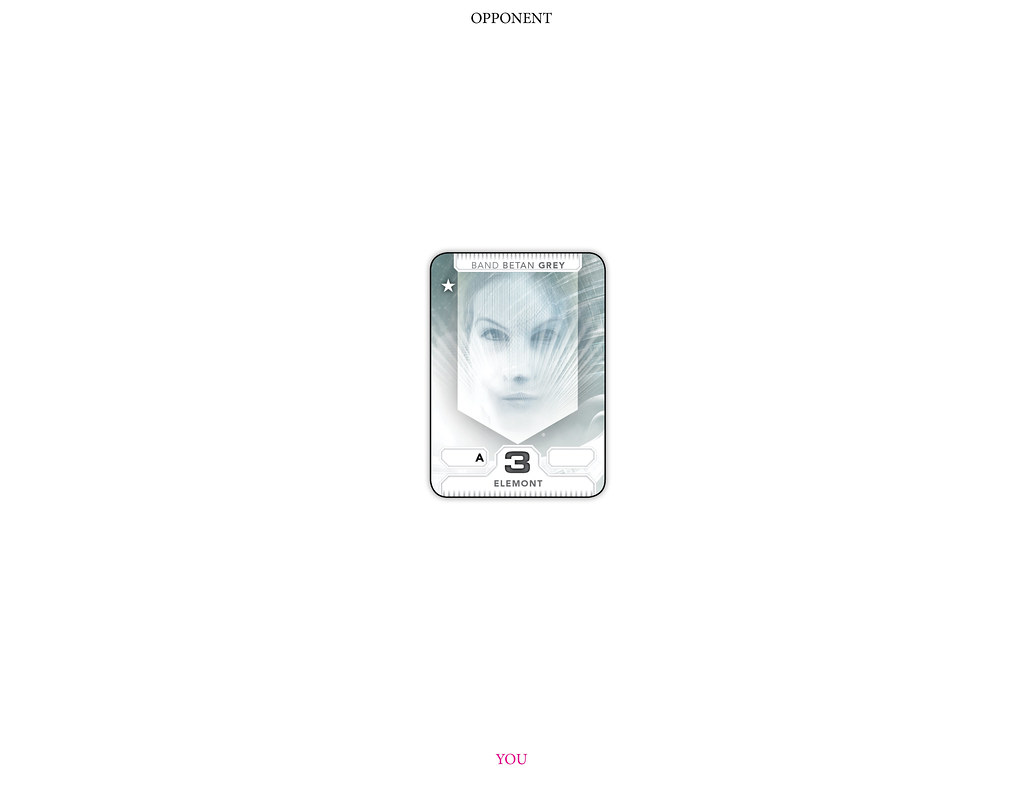 So you take the first turn and deploy a senator, a relatively average influence of 3 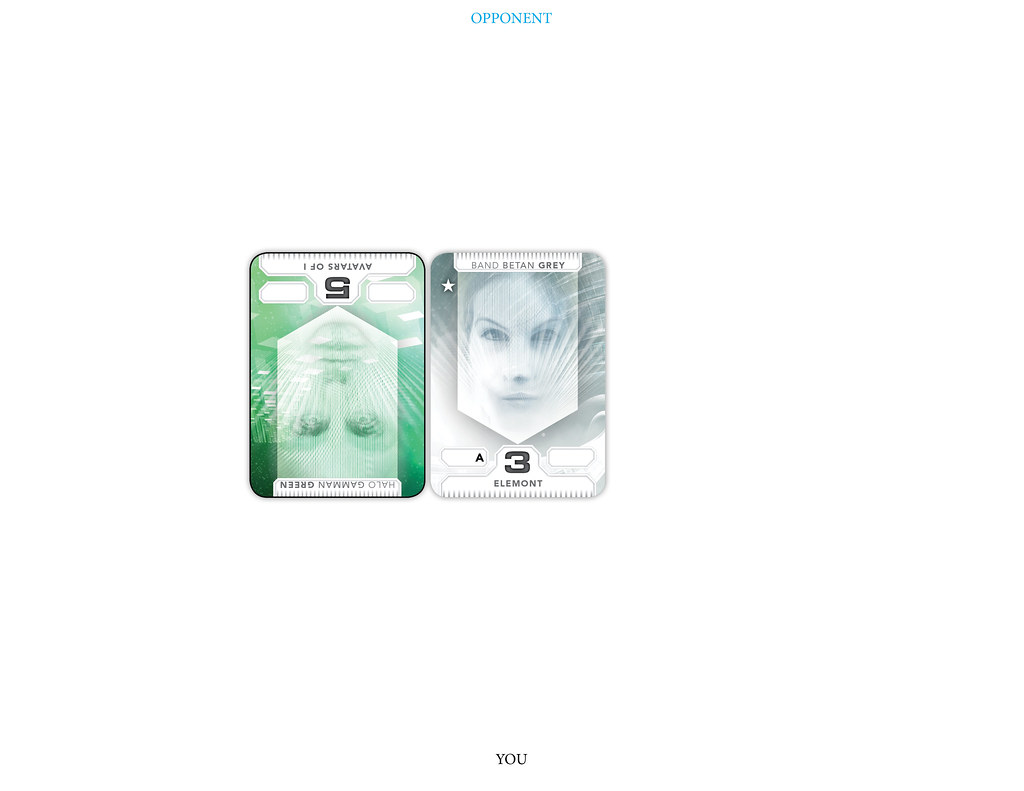 Your opponent deploys a very influential 5. 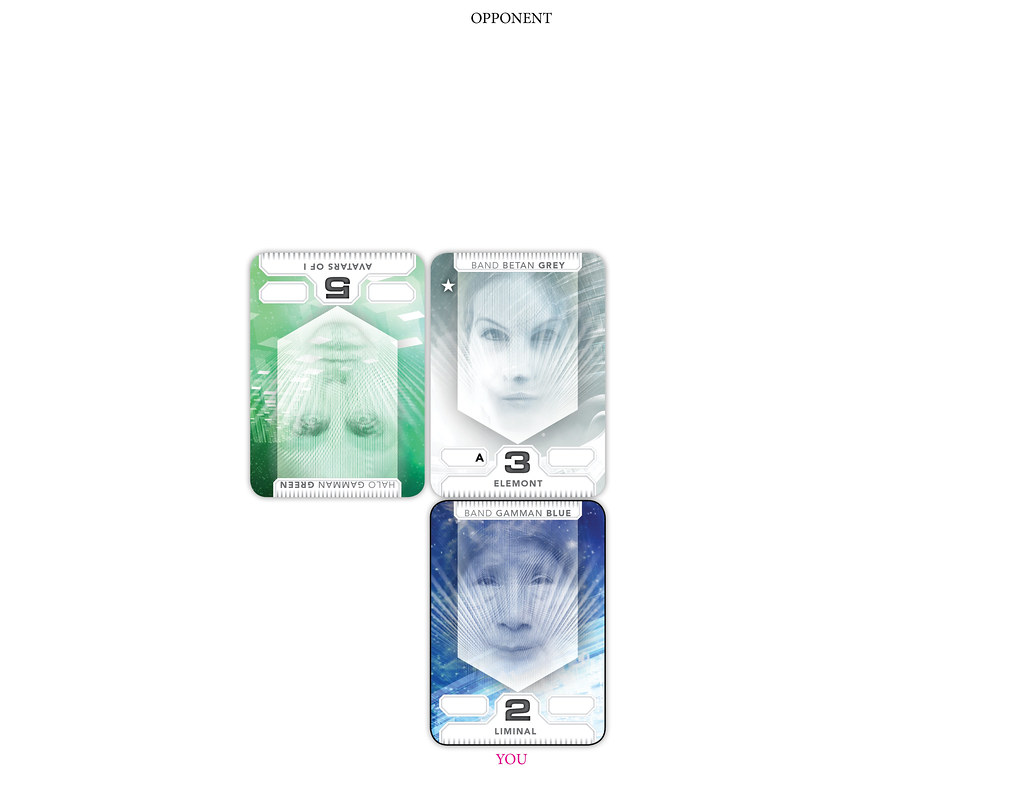 You suspect an attack is coming and you don't have many defenses, so you decide to place elsewhere and prepare for a counter-attack. 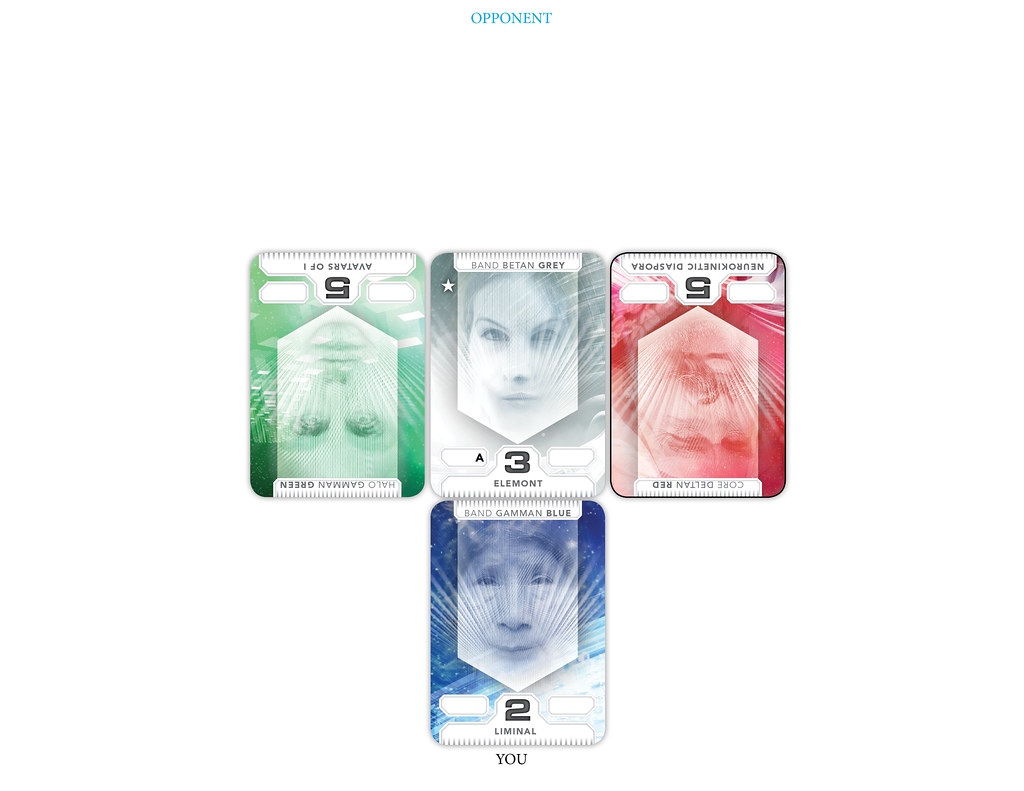 And there's the opening salvo. Your opponent has bracketed one of your cards with two of his own. Now you must compare their total influence to the influence of the senator being bracketed. 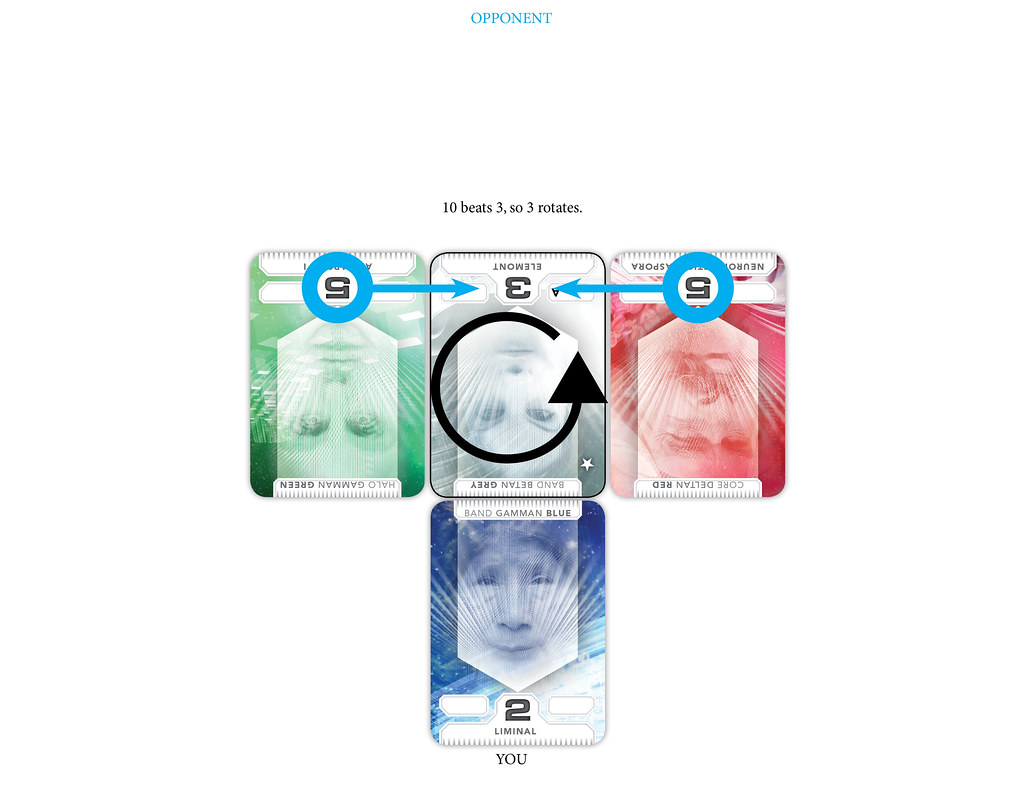 Alas, 10 beats 3, so as a result, that card rotates to become aligned with your opponent. But you have a sneak attack planned! 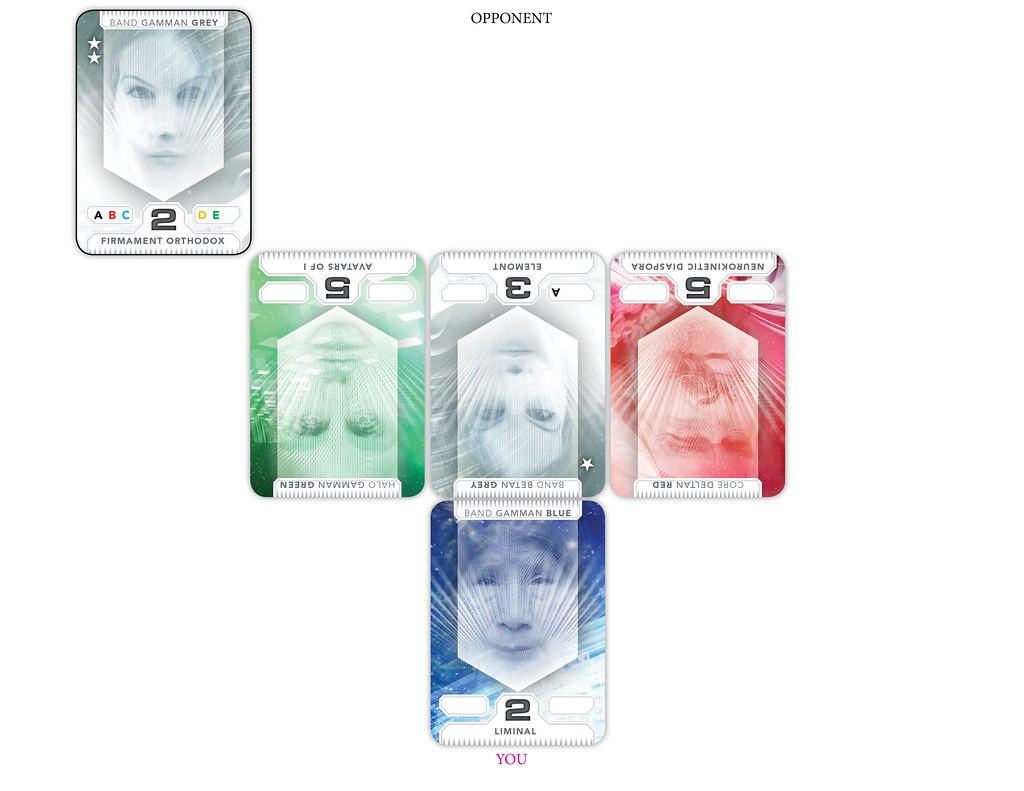 A ha! You've diagonally bracketed one of his 5s. Now, unfortunately their influence doesn't beat his, but that's not the only way to convert a senator. 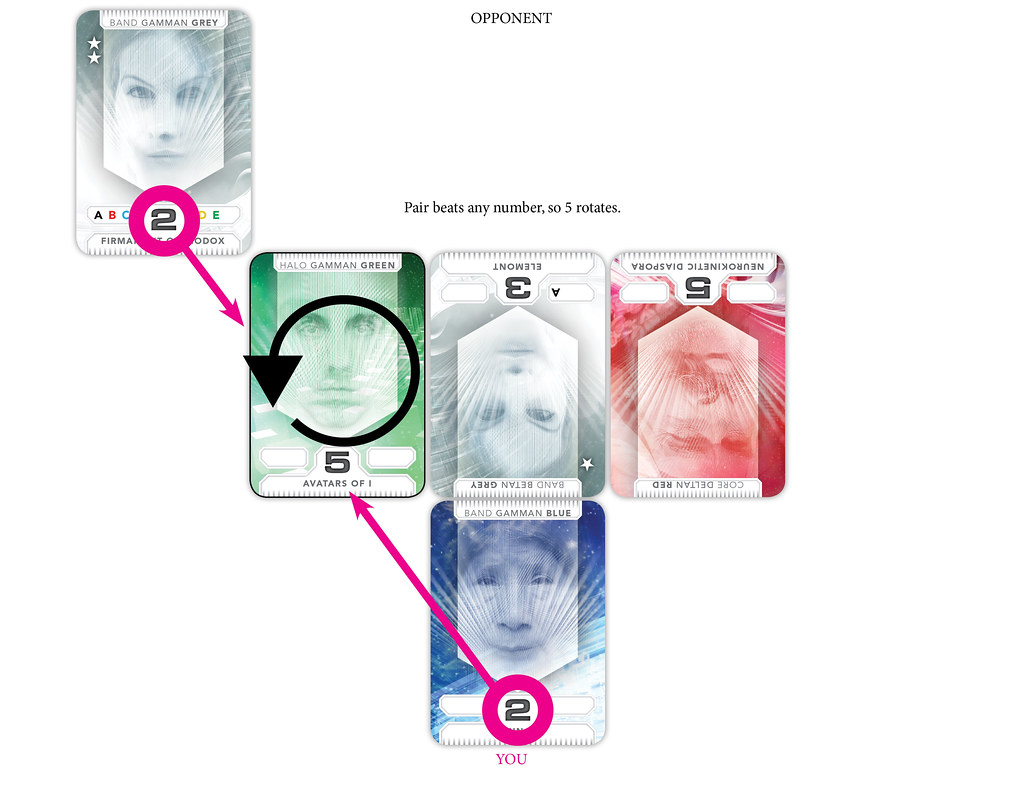 A pair beats any number! Because his 5 is bracketed by a pair of 2s, it rotates to become aligned with you.

Okay, that's the basics. Where I'm stuck is how all this ends up in the final game state. 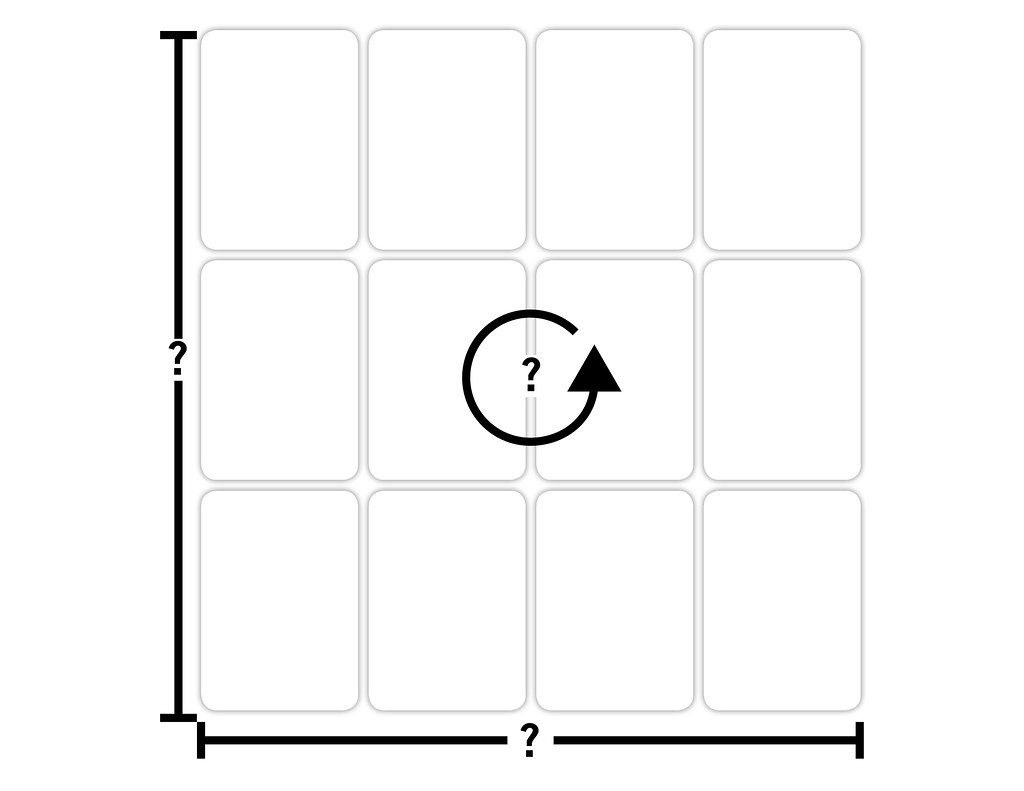 I'd love it if there were some subjective perspective mechanisms in the final game state. By that I mean, the cards closest to you mean one thing, while cards farthest from you mean something else.  You can do this across the other axis as well, drawing information by whether the cards are to your left or right. Furthermore, what does it mean when senators are aligned with you? Is having most of them aligned to you important? Just a select few? Hm.
spheres of influence