Slippery Cards: Turning a Bug into a Feature 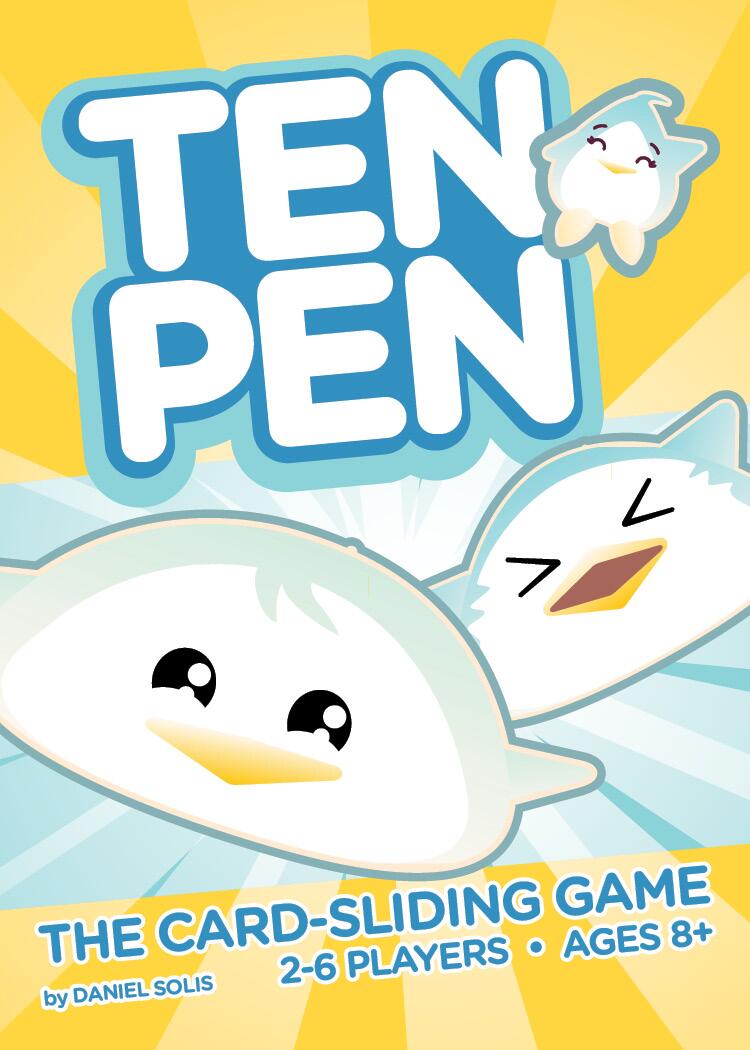 I had a long discussion on Twitter this weekend about the pros and cons of including Sushi Go-style score cards with REGIME. The cons mainly focused on how POD cards can sometimes be slippery, so you lose track of your score. I eventually decided to use the card system anyway, since it didn't hurt to offer a complete package for the game.

But that got me thinking, what if there were a game where slippery cards were a feature? I got to testing with some playing cards I had on hand.


And of course I asked myself, "Really?" Is this enough to make a game? What would the theme even be? Olympic Curling? Archery? Pro Bending? But finally I settled on sliding Penguins and called it Ten Pen, as a pun on ten pin bowling. Each player gets cards four cards with 1, 2, 3, or 4 penguins on them; ten total.

You're trying to slide your penguin card so it touches a fish card randomly dropped in the center of the play area. Whoever has more penguins touching the fish will win those points. However, the more penguins you used to win the fish, the fewer points you get. (The penguins squabble until there are only scraps left.)

Some fish are frozen in ice cubes, requiring at least two penguin cards to touch that card in order to score points.

It's all very silly and mainly an excuse to slide cards around on a table. Simple enough for little kids to play, but with enough flavor to keep parents interested, too.


...And that's how you turn a bug into a feature!
lab ten pen