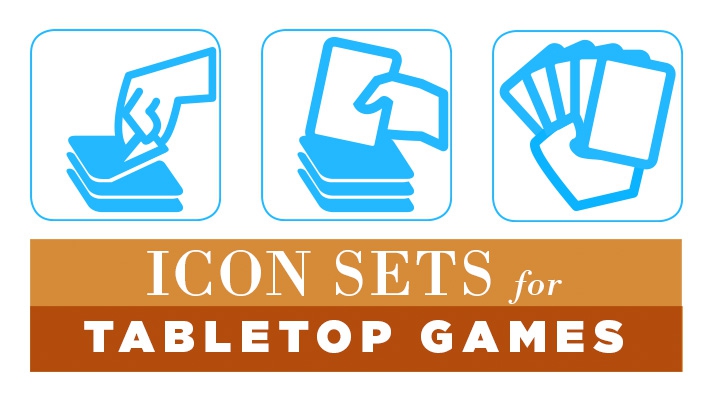 Ever wish you had an icon for an oft-repeated line of game text like "Rotate a card" or "Place a card face-down onto another card in a tableau." Me too! That's why I'm running a Patreon for tabletop game icons! Now I want to make game icons available for you – the people! This project is simple: I design icons for you – the people – and I get to keep eating ramen. Deal? Awesome. Specs
Here are the deets for the icons:

Free? Why pledge?
"But hey," you might ask, "if these icons are going to be available on Creative Commons Attribution license, why should I pledge now instead of six months from now when the archive is six times as big?"

Good question, hypothetical! You don't have to pledge now if you can't or don't want to. I get it. But the internet is the internet, so if I release icons to anybody, it's pretty safe to assume they're effectively released to everybody anyway. So pledge now, or pledge later, it's cool.

Pledging now encourages me to make more icons faster, which makes it more likely I'll make an icon you can actually use in your game. (Also, more likely that I'll keep releasing icons at all.) There is one major benefit to being a patron...


Patron Priority
I'm happy to take suggestions for icons, but Patrons will get top priority on the to-do list. So become a Patron today!
icons patreon