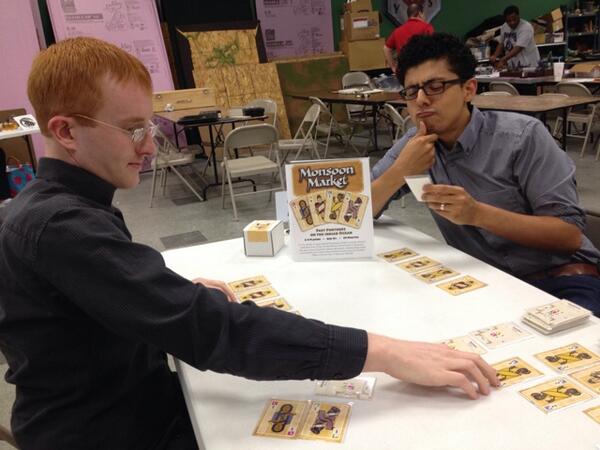 Monsoon Market at UnPub Mini at Atomic Empire was great! Matt and Marcy Wolfe organized it way better than I did last year. (They had a raffle!) There were at least double the designers and double the playtesters. 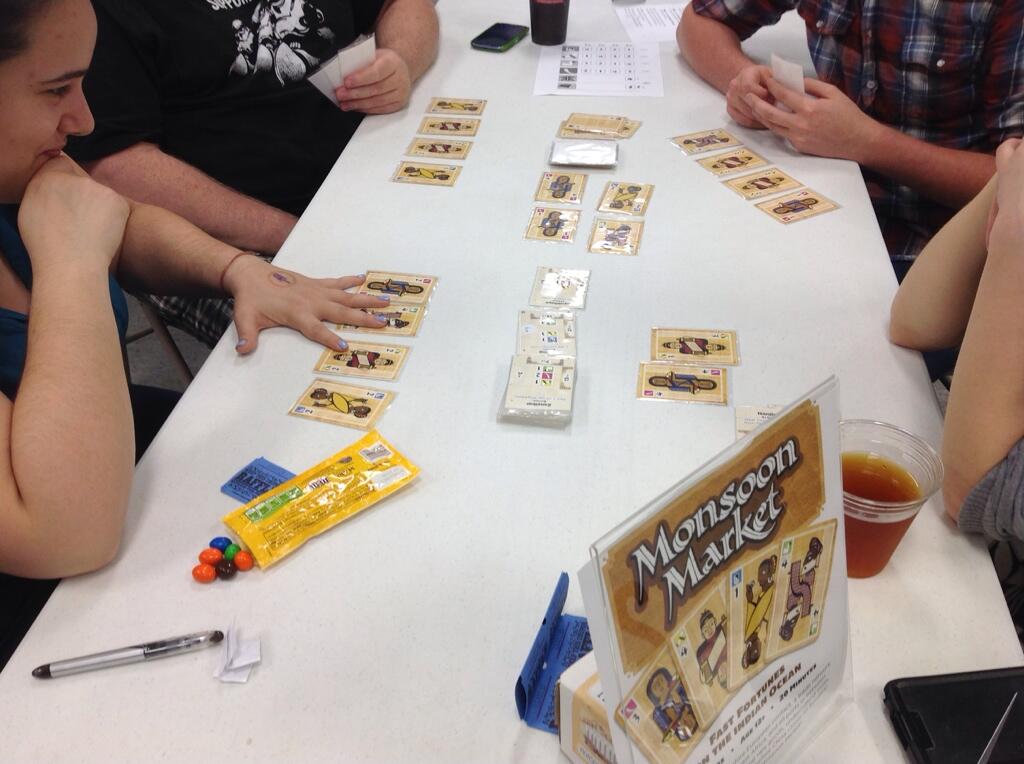 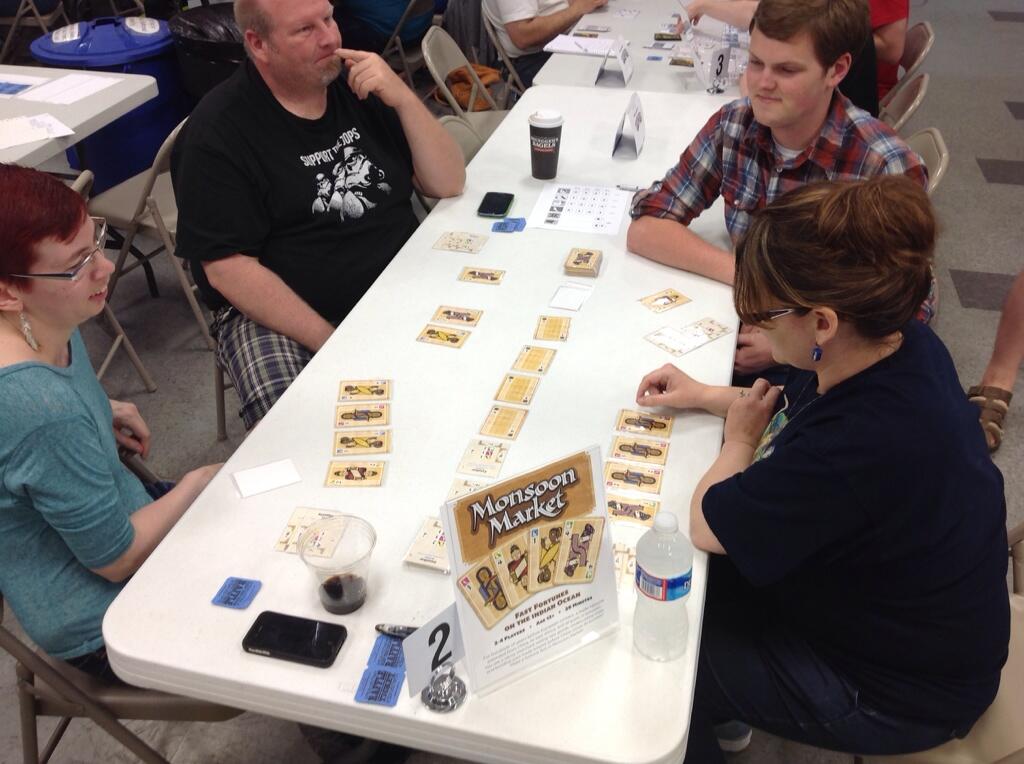 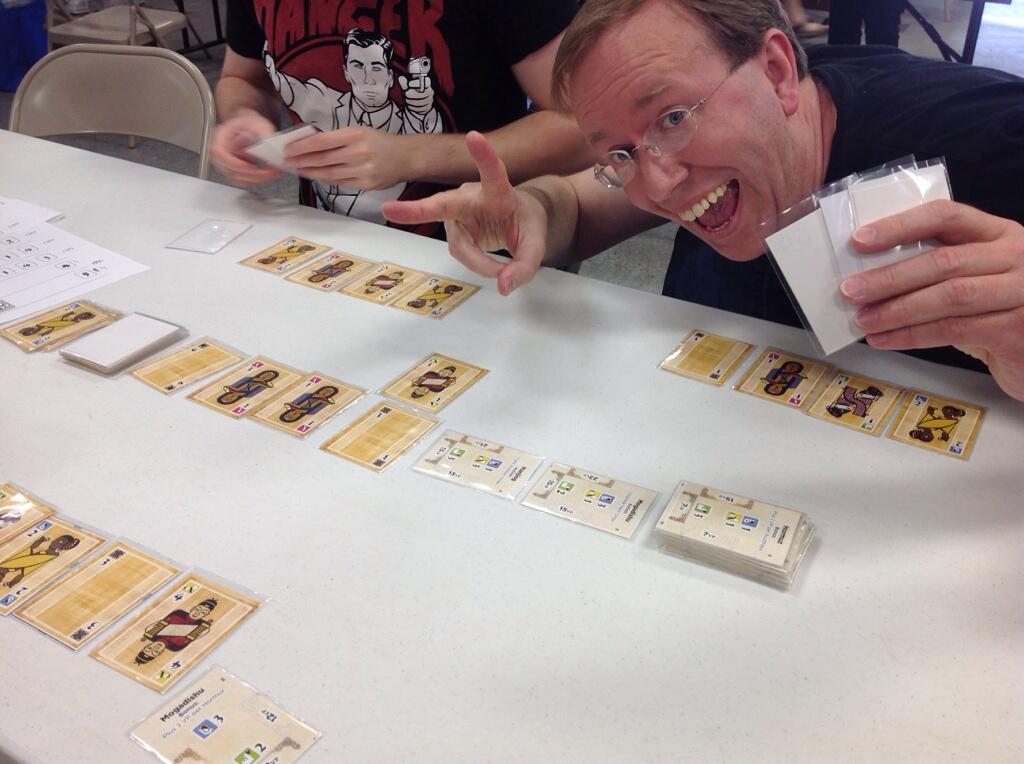 I had about a dozen individual playtesters across ten playtests. It really helps to have a short game at UnPub. Players get a tantalizing taste of gameplay and sometimes want to play a second or third time. That was really good data. Some changes I made based on feedback, which I still need to finalize and clean up with further testing tonight.


But over all I think the tests went well. This was a big confidence booster after testing River Ancient  at UnPub4. Monsoon Market finally feels like it's coming to the home stretch.

(Photo: Graham and I contemplate our moves. Photo by Eric Martin, who ended up winning handily.)