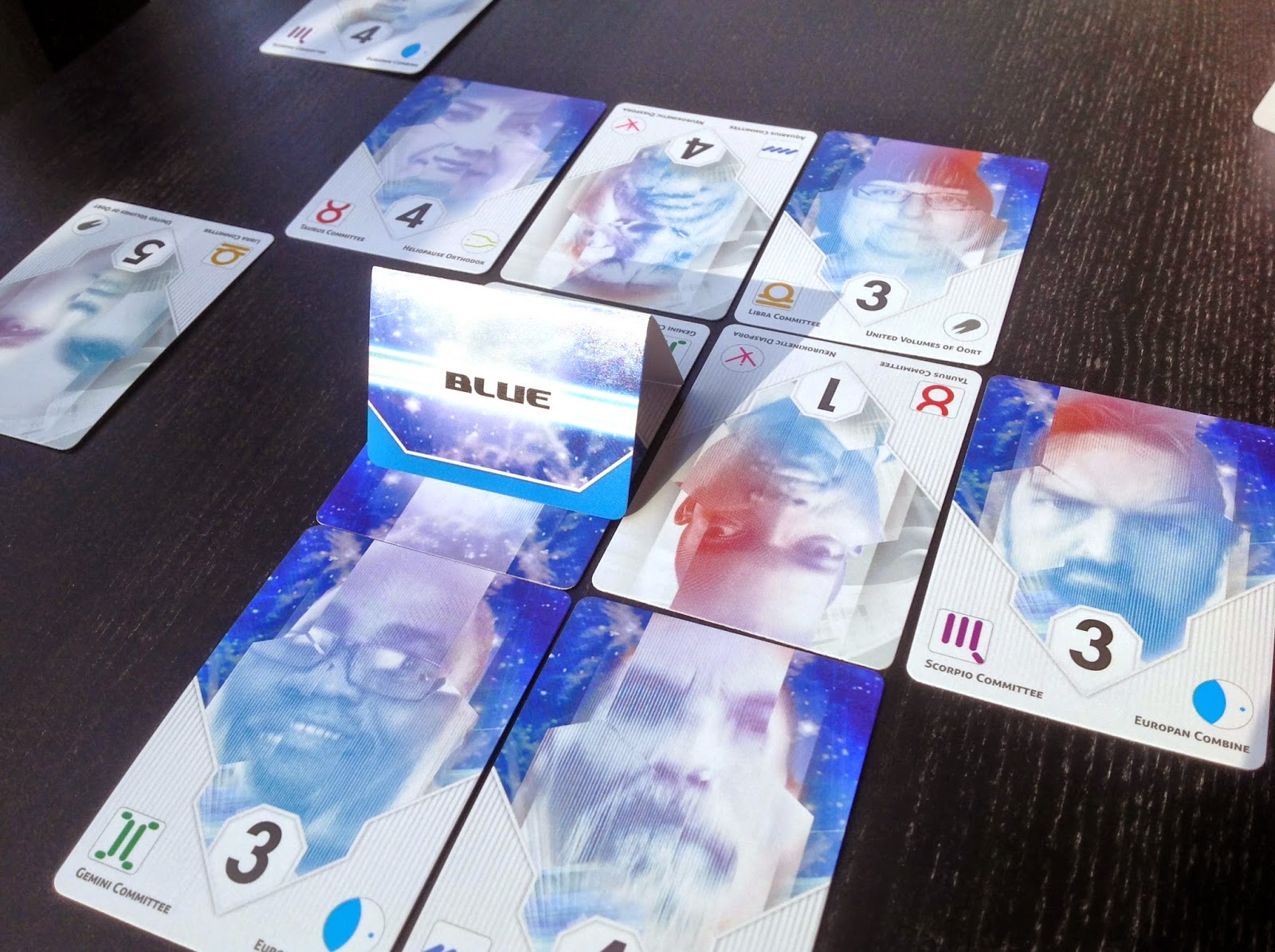 Each month I share my sales numbers from DriveThruCards, hopefully giving you some perspective if you pursue this POD self-publishing model.

Notable business events this month include the inaugural tiltEXPO, my first time boothing solo at a convention and pitching my POD games in person. You can read more about that here. I handed out a lot of business cards and a few discount codes. Hard to say how many sales came out of that push, but at least I planted some seeds of awareness around Durham.

Unfortunately I couldn't nurture that in subsequent weeks because I came down with a double-dose of Con Crud from tiltEXPO and SPX the following weekend. Three weeks of coughing and sneezing really knocked out my promotion and production cycle. One new release, limited buzz, and no huge promotional discounts all contributed to a dip in sales for September. 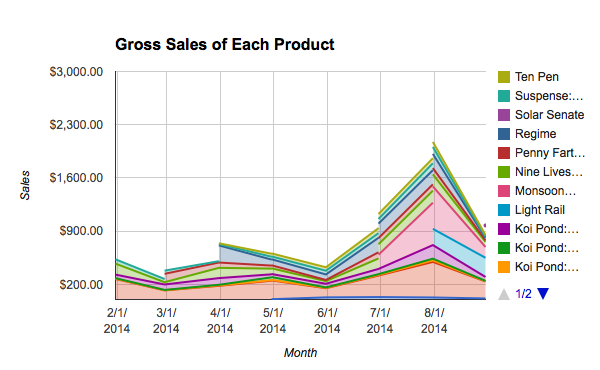 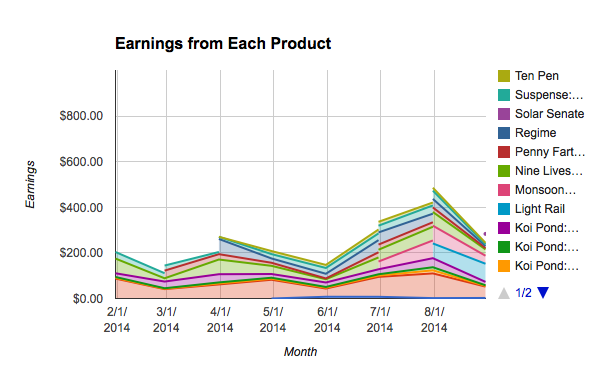 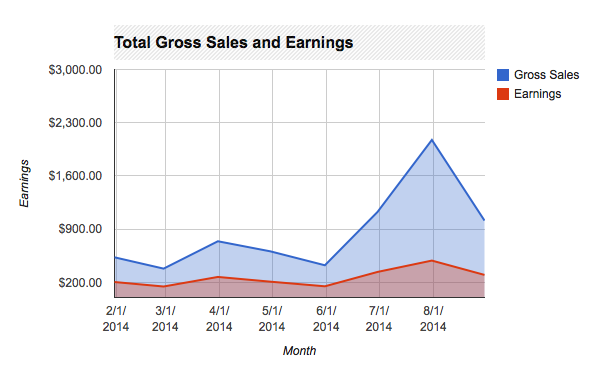 And here are the hard numbers:

So yeah, lots of dips, but a peak can't exist without a rise before and a dip after. You can waste a lot of time and treasure trying to raise the peaks when you should be raising the troughs. So, I'm trying to keep perspective:

September sales and earnings are higher than the whole first half of the year. In fact, they nearly match July, which I was crowing about back then. On top of that, I see tweets every day lately from people who are just getting or playing their copies of Monsoon Market, Koi Pond, Light Rail or any one of my other games. In fact, Light Rail continues to be my surprising strongest seller in the lineup!

This is a pretty strong base to launch the last quarter of 2014 and conclude this year-long project. I'm optimistic!
business sales report