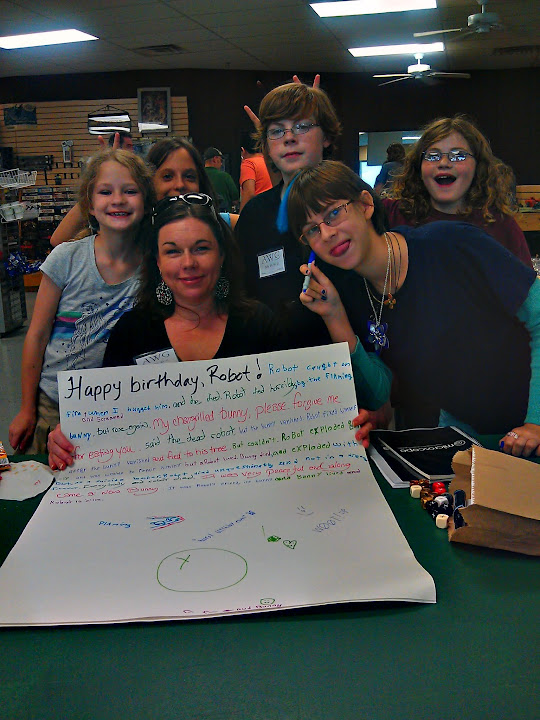 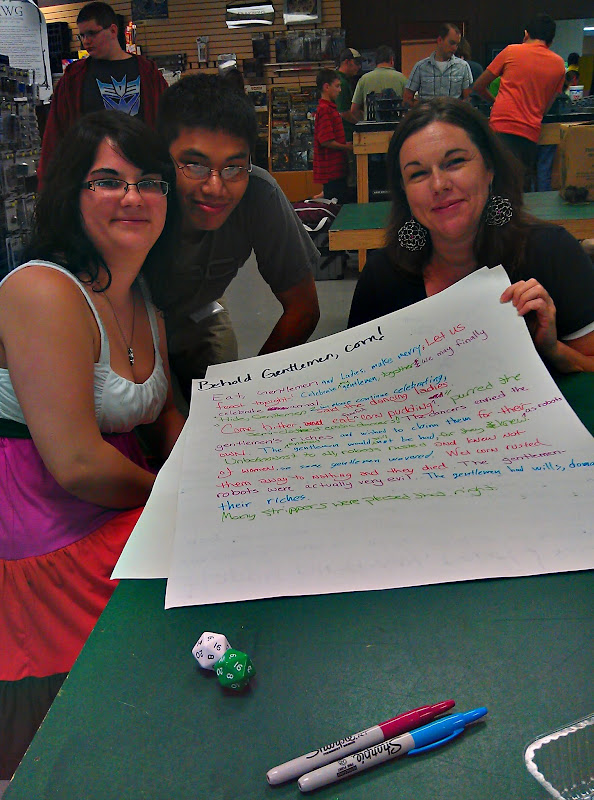 Awesome! Alexander Williams ran a marathon three-session run of Happy Birthday, Robot! at the Tower. (You may recall his last report from this post.) This time, he played with a group that was almost entirely kids and it ended up being the craziest, weirdest story yet.


Happy Birthday, Robot!
Robot, asleep, was dreaming of cogs and gears - but slept through the alarm!
Robot was late for the party, and everyone but Sally was already leaving the place.
Sally ran to Robot's room, trying to save the party, but tripped.
The crash only just woke Robot up.
Sally got off the floor and sat up, shouting "Robot!"
Together, they found the party and called their friends back, but the cake was a lie!
Robot gasped in surprise and said "Sally, let's elope".
"Yes", replied Sally, and held Robot close; "but first you should open your present".
Robot danced and cheered and quickly, carefully, unwrapped Sally's secret gift but then he dropped it!
The golden spanner hit Sally's foot, but she quickly recovered and they left together laughing.
Sally and Robot eloped, but they invited all their friends anyway.
And they lived happily ever after.
The End!
Awww. I love a nice wedding.
actual play happy birthday robot