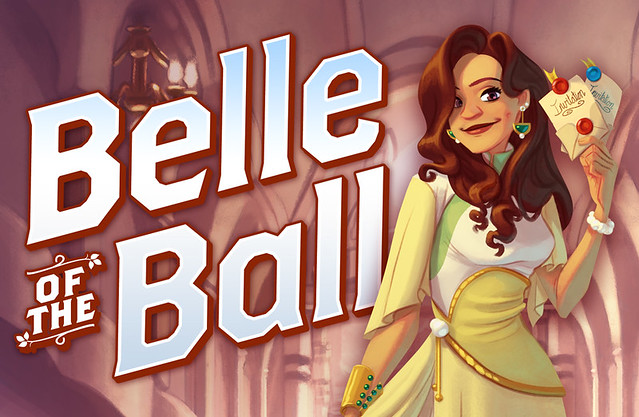 So the big day is coming tomorrow. It's been about five years since I originally brought up the idea for Belle of the Ball to my wife over coffee one Sunday morning.

Back then, it was going to be a tile placement game. It's only since January of 2012 that I shifted it over to a card game format and began seriously developing it for publication. And it's only since February of 2013 that I had a confirmed publisher for the game.

It's been a long dance, but I'm proud of where Belle has ended up. Jacqui Davis' art really launched the whole world of Ludobel to the stratosphere.