Early Thoughts on A La Kart Remember last month when I kicked out this quick idea for a racing auction game, but couldn't figure out a theme that really captured my interest? Well, like all breakthroughs, my wife came up with the best name EVAR. We've been playing a lot of Mario Kart Wii, and she suggested "A La Kart."

The ideas started flooding in after that. It's basically a food-themed racing game, in the spirit of Sugar Rush from Wreck-It Ralph. This would be less focused on candy specifically though. Instead, each suit of the game represents a flavor: Sour, Spicy, Sour, Savory. (I may use Bitter as another thing, but for now I'm sticking with four S's.)

I'd love to hire Miranda Dawn Yeo for the art. She drew the Sugar Rush avatar for my wife you see above. I think that art style would be a blast. A La Kart is a racing-themed auction game. There is no track board, though. Each racer is represented by a unique pawn (or maybe a card?) set in a row, from first to last place. They're always in a tight group throughout the race, jockeying for best position in a randomized series of obstacles. Each round players may BID or COAST:
The base reward for 1st place in a round is worth 2pts, 2nd place is 1pt, and 3rd place is 0pts. For each point reward, add the number of the round and add a reward for the next place. So, the true  round rewards are...
The player at the end of the eighth round with the most points wins! But of course, there are some complications.


Stats
There are limits to how many cards each racer can hold in-hand, how many she can bid, and how many she can draw while coasting. These are represented by the racer's three stats.
Each racer has a unique ability that can be used once per race.


Analog AI Racers
The game always has eight racers, but can be played with 1-8 players. Any non-player racers' bids shown on the track card, thus creating a sort of dumb AI. You could even make this a solo game, as you try to win the best position amongst the AI racers.

The ranks on player cards are always even numbers, while AI racers always have odd bids. And because the ranks are unique to each suit, even with the occasional boost, ties should be very unlikely, if possible at all.

Also note an asterisk next to an AI racer's bid. That indicates their use of their unique ability at this time, so be sure to resolve that, too.


Random Track
Here's what a typical track setup would be: 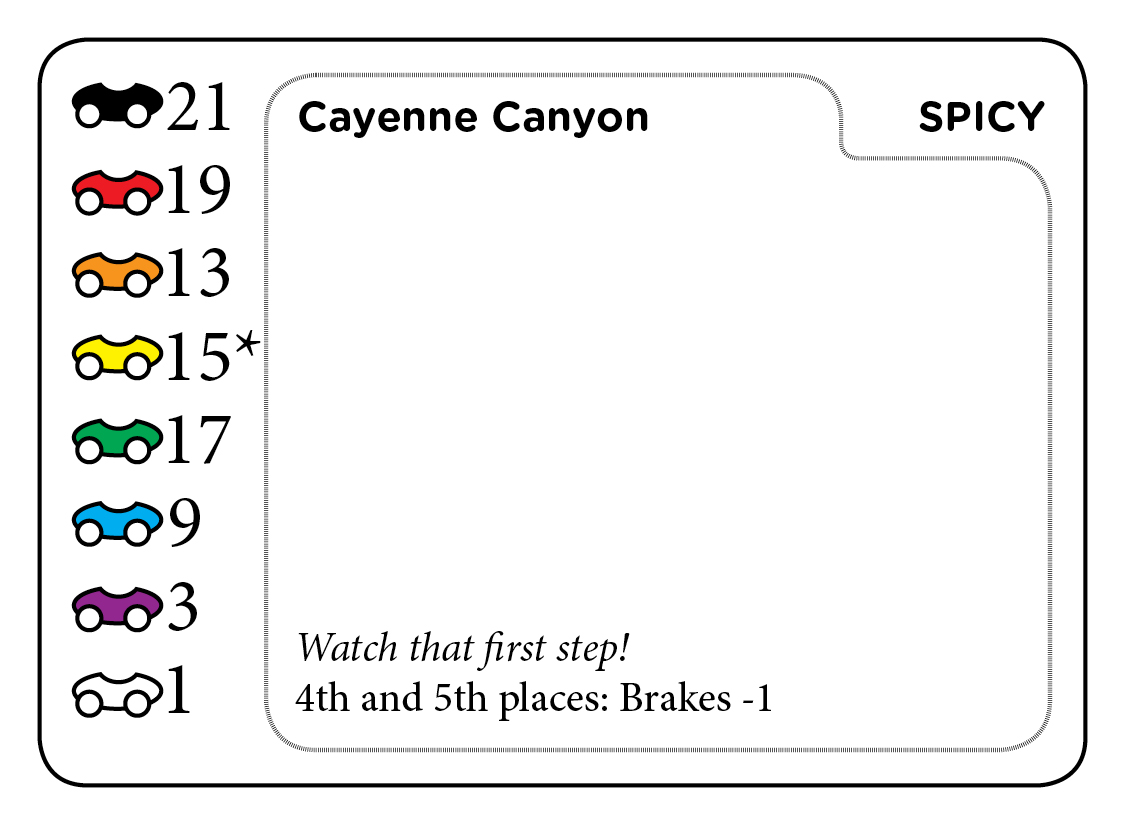 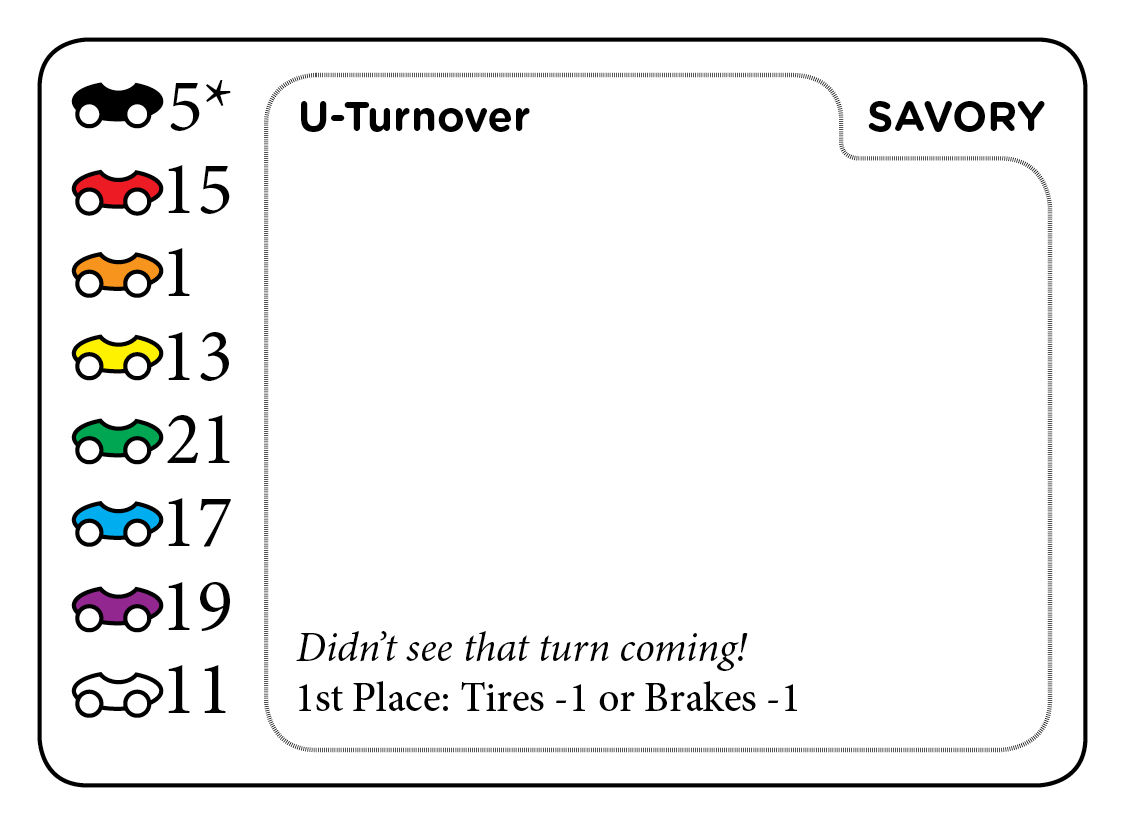 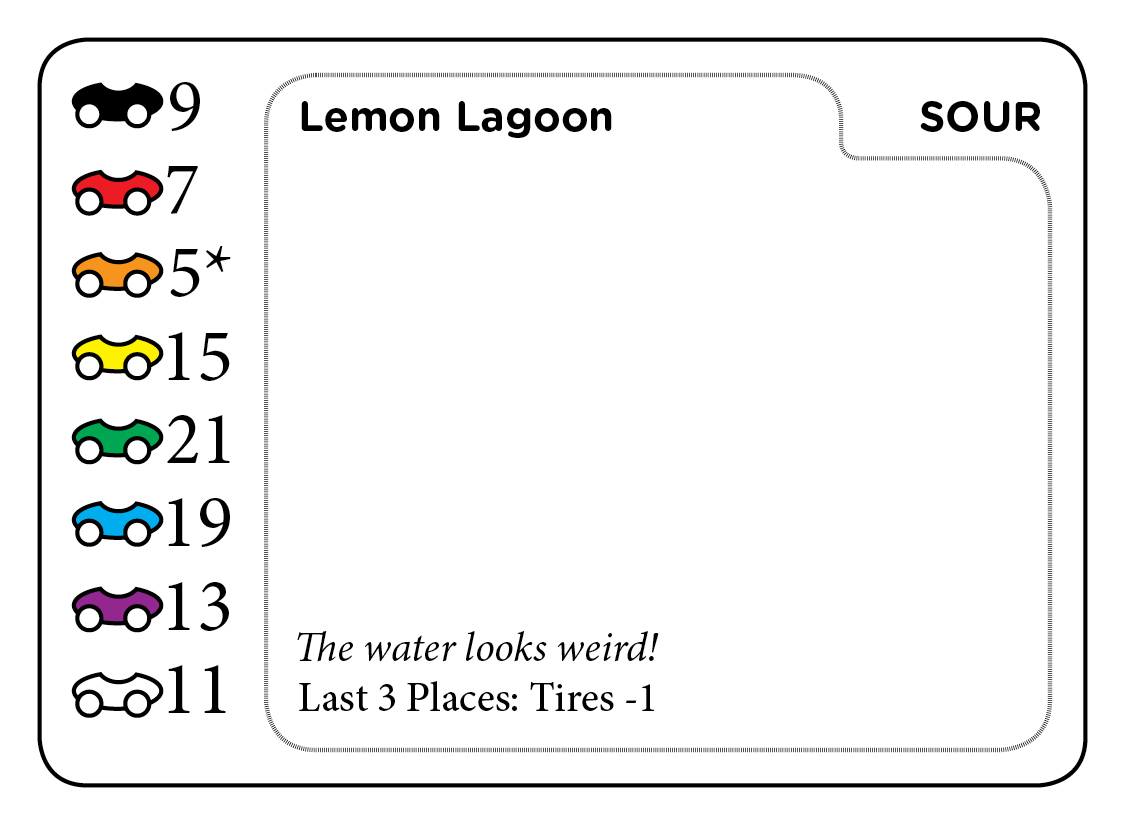 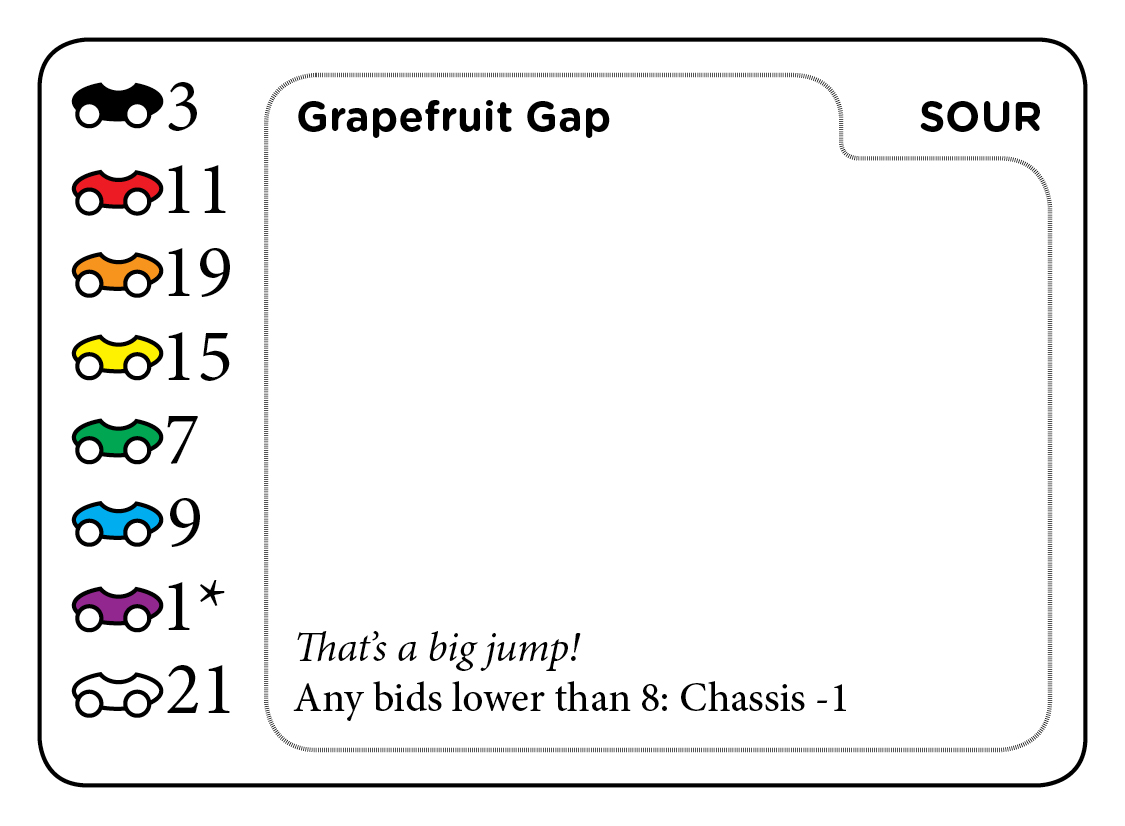 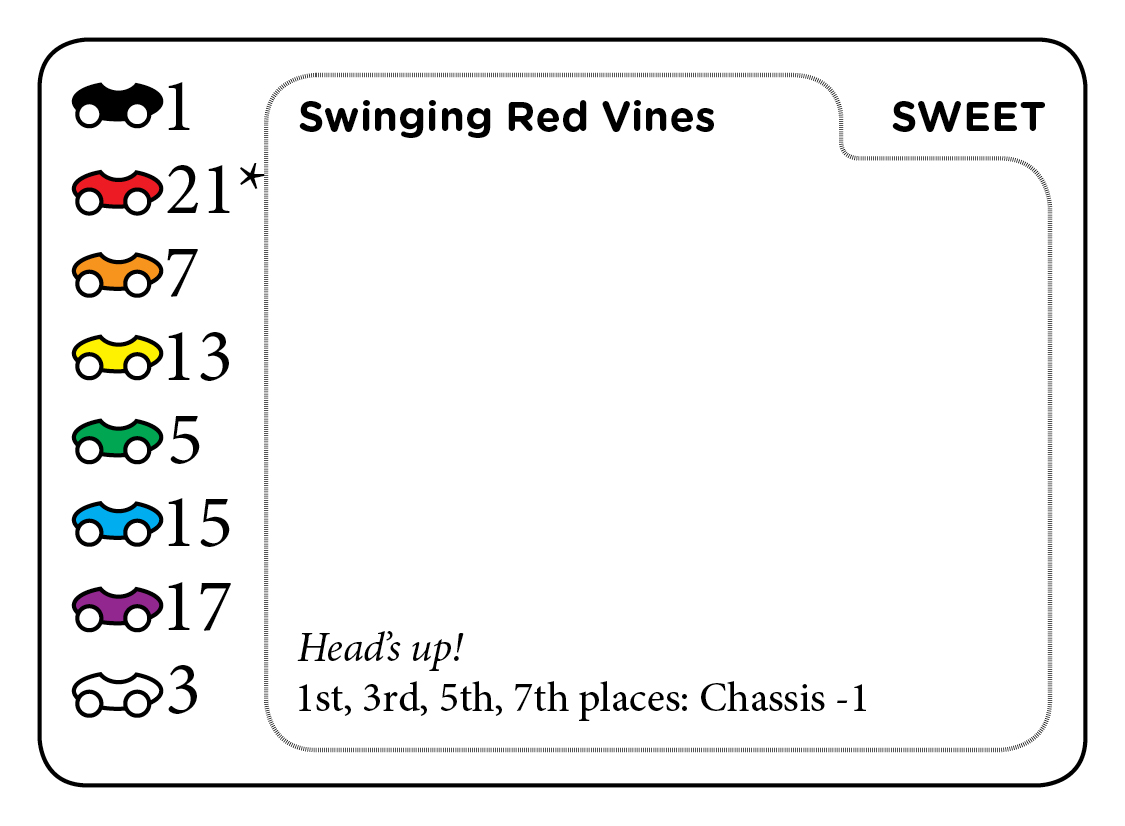 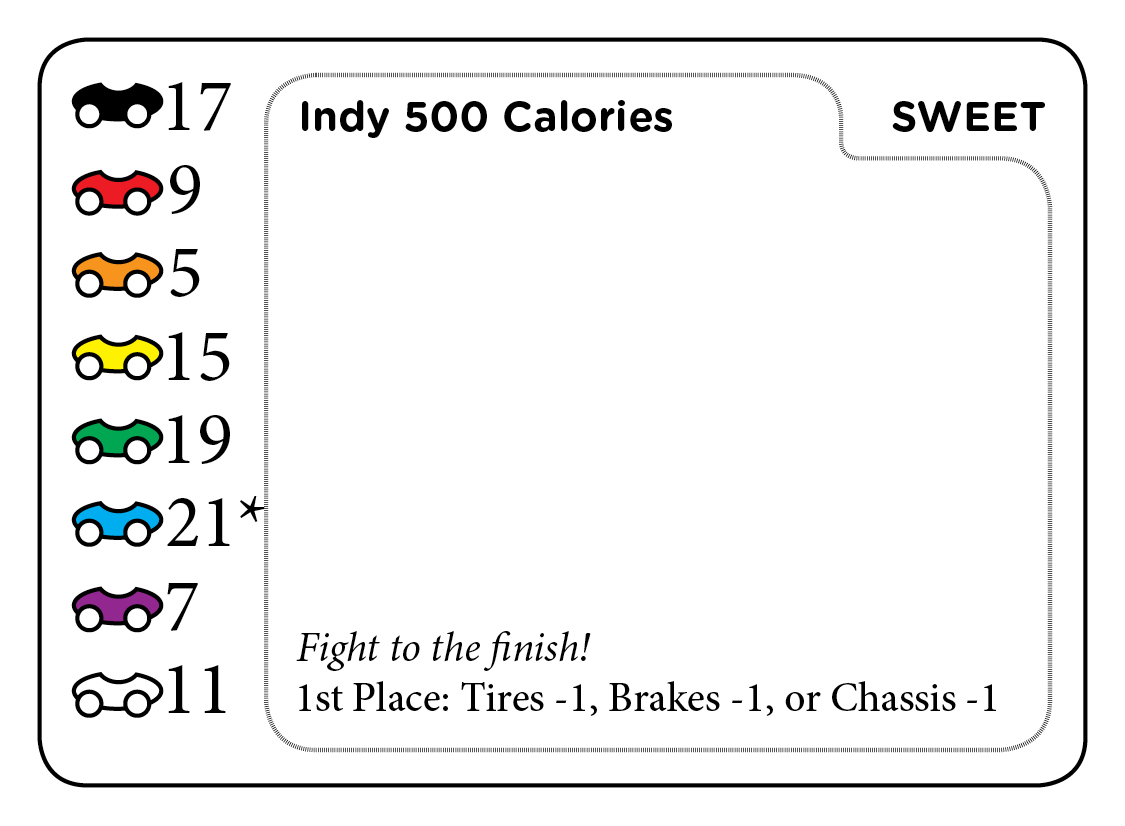 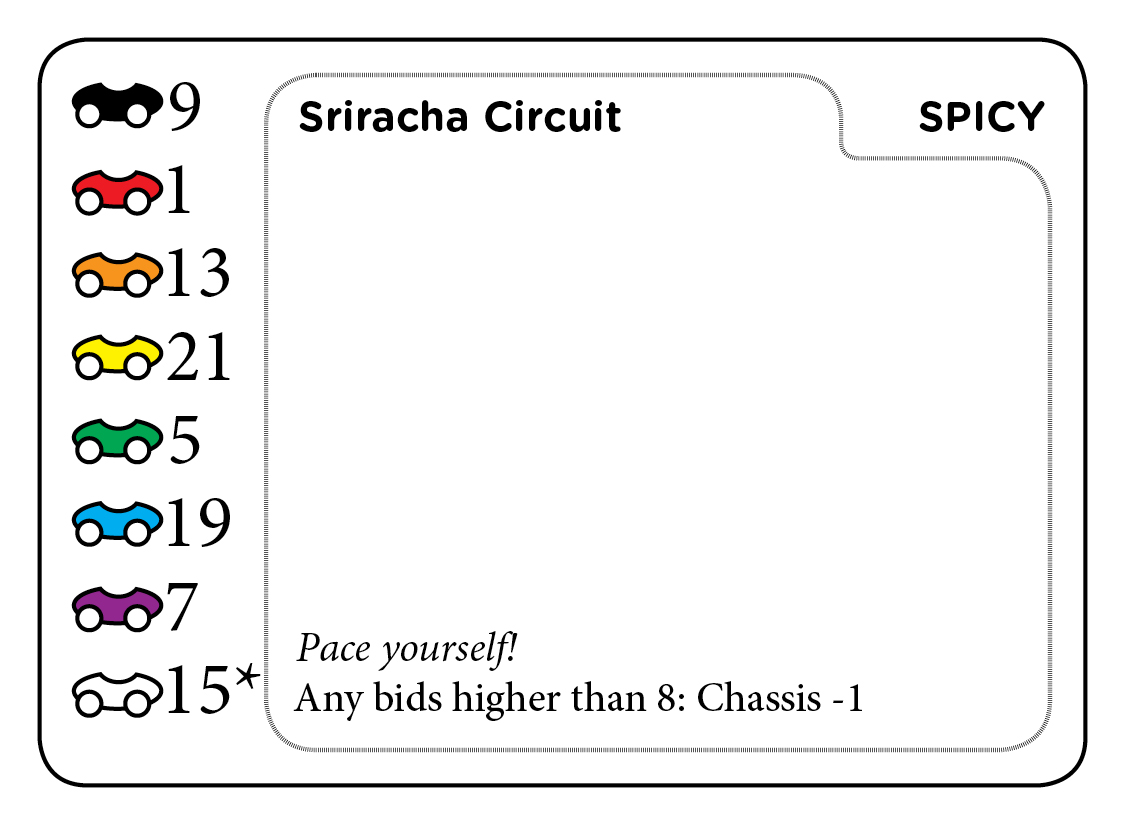 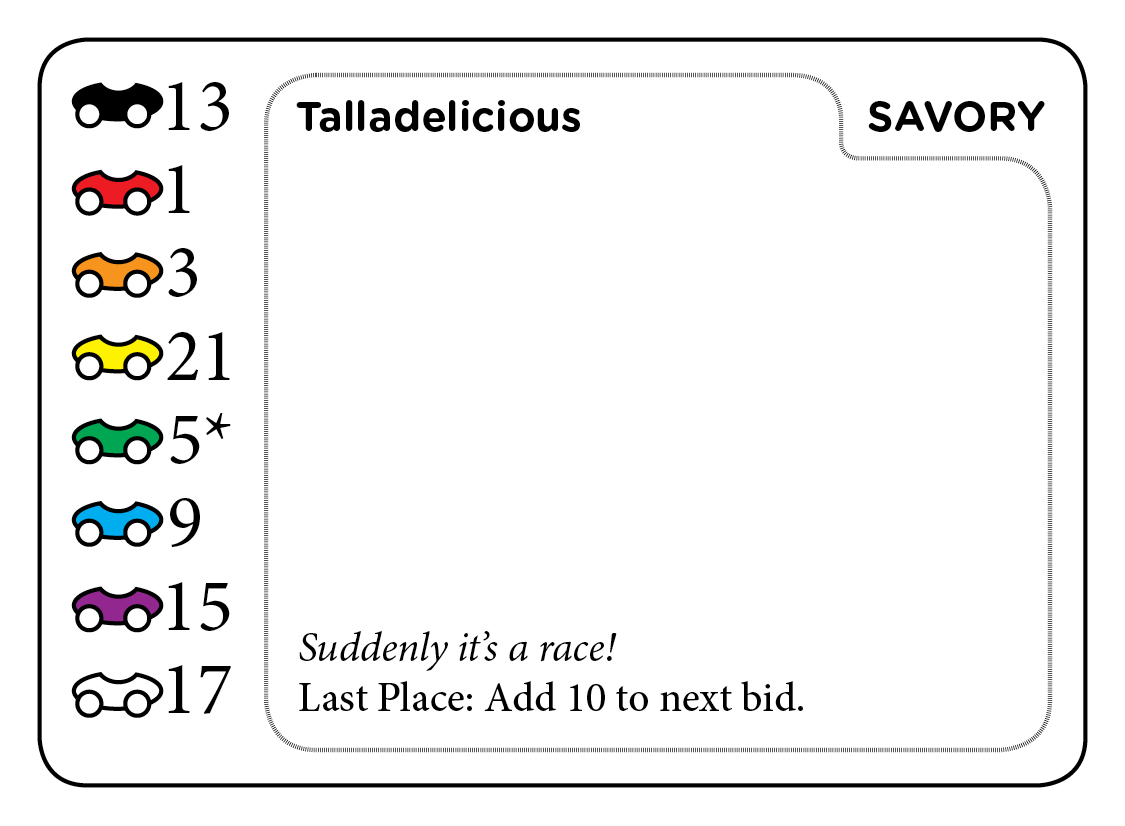 Start from the top and work your way down each track. I haven't decided yet whether the whole track would be visible from the start, or if it might get gradually revealed over the course of the race. Maybe I could make that a fourth stat, letting some players know further in advance what's coming two, three, or more rounds ahead.

Each track card has an effect on one or more players. These effects are resolved at the start of the round. In most cases, it adds a negative stat modifier to players who meet certain conditions, like a certain position or a certain bid from the previous round.

And that's pretty much all that's on my mind for now. I'll need to make a proper prototype of this soon or it's gonna go sour in my brain for way before too long.
a la kart racing