You've heard me discuss this whole notion of "Gamer's Tic Tac Toe" all last week. Of course, my first impulse was to find some way I could make a commercial product out of this idea. That's just where my head's at this year, since it's kinda how I pay the bills now. But... If this were to be true to its roots, it would be a game that could be played with nothing more than pen and paper.

So, here's a bizarro remix of Tic Tac Toe incorporating area control, set collection, and even a little worker placement, all with nothing more than paper and two writing implements.

OVERVIEW OF PLAY
This game takes basic Tic Tac Toe and adds several eurogame advancements to make it less predictable. Players take turns drawing A, B, C, D, E, F, G, H, or I. The color of the letter indicates who drew that mark. Players guide each other’s moves and constrain their opportunities to score. While there are points to be earned from traditional Tic Tac Toe strategies, the big points come from area control and resource acquisition. In this case, the letters are the “resources.” 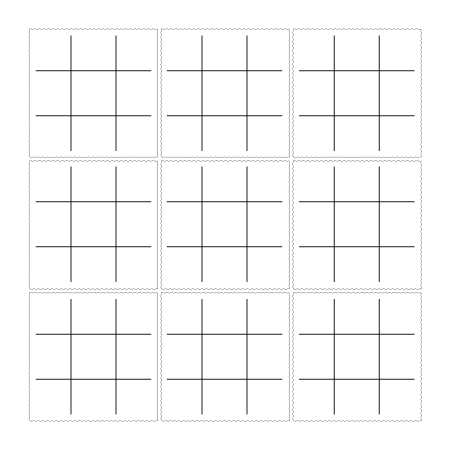 STUFF YOU NEED
A sheet of paper. Draw nine Tic Tac Toe boards shown above.
Each player needs a pen in their own color. Red and blue are good.
Randomly choose the first player.


HOW TO PLAY
On your turn, draw A, B, C, D,  E, F, G, H, or I in one of the small cells of one board. The cell in which you draw your mark corresponds to the board in which your opponent must draw her next mark. For example...


If you draw your mark here... 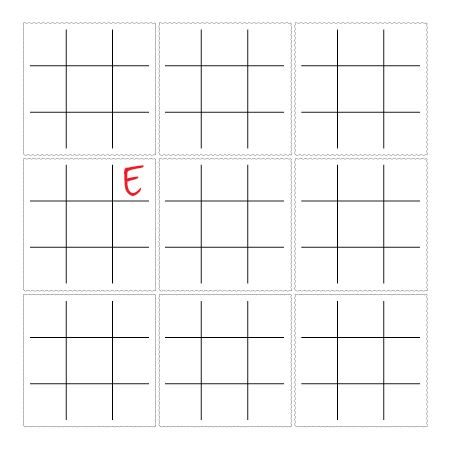 ...your opponent must draw her mark on this board. 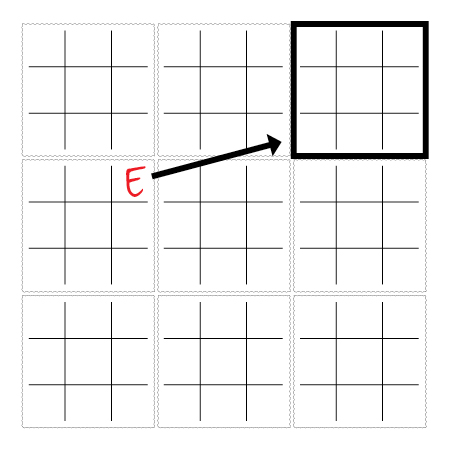 If your opponent draws her mark here... 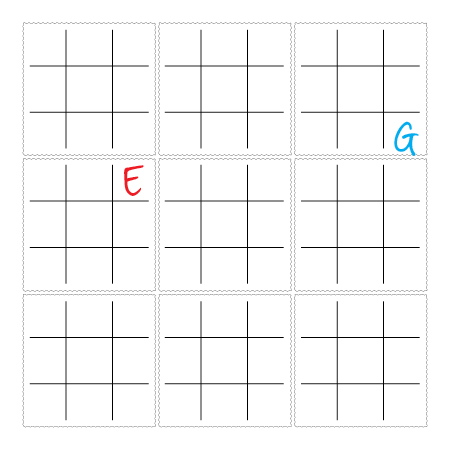 ...you must draw your mark on this board. 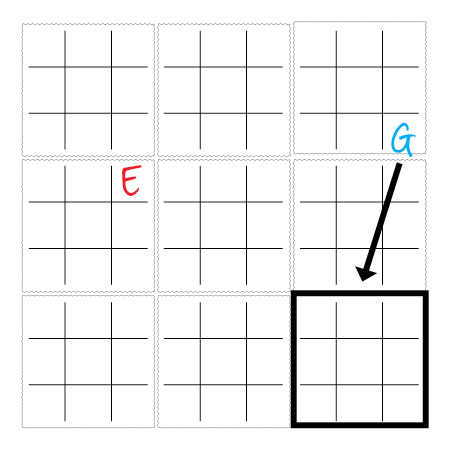 And so on, with one restriction: The same letter may not appear in the same board twice. So, once someone has written “A” on a board, no one may write it again on that same board. It may still be drawn on another board, though.


ENDGAME
The game ends when there is a continuous horizontal, vertical or diagonal line of nine marks traversing three boards. Then players score points. 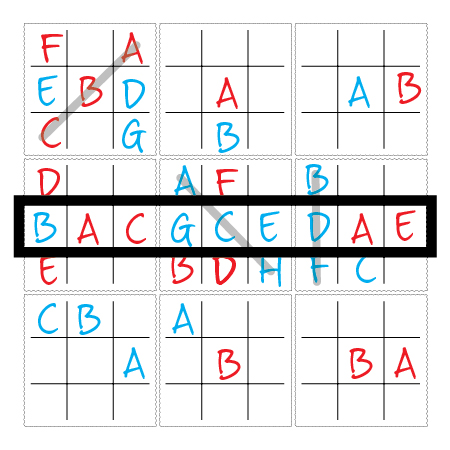 Three-in-a-Row
During the game, the first player to get a horizontal, vertical or diagonal line of three marks in their color on a board draws a line across those three marks.  So across the whole game, there are nine opportunities to make a first three-in-a-row. Each line is worth 2 points. 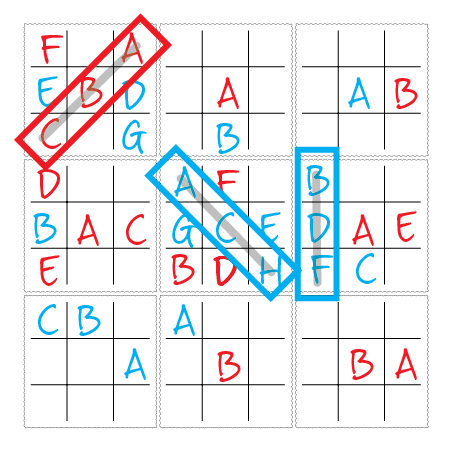 Above, Blue has two lines, scoring a total of 4 points. Red has one line, scoring 2 points.


Line Bonus
Both players score one point for each of their marks on the line that triggers the endgame. 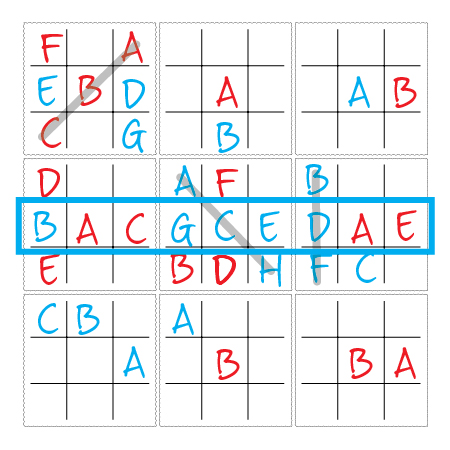 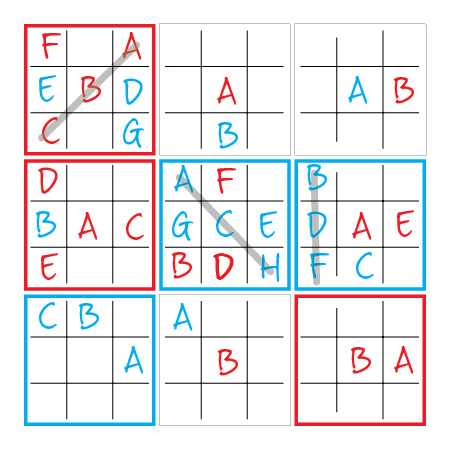 Letter Bonus
Each player earns points from each letter they’ve used during the game. The more times an individual letter is used, the more points it's worth. See the chart below for reference:

So if you only got one "A", it would be worth -3 points. But if you got five "A'"s, that would be worth 6 points. Each new letter you write is sort of a down payment in the hopes of a greater reward at the end of the game. It’s very unlikely to get more than five or six of a letter, but the upper extremes are listed for the sake of completeness. 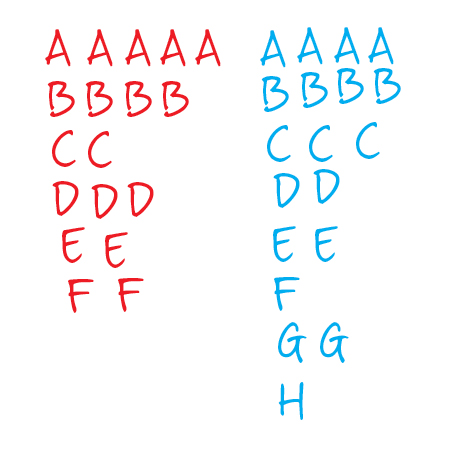