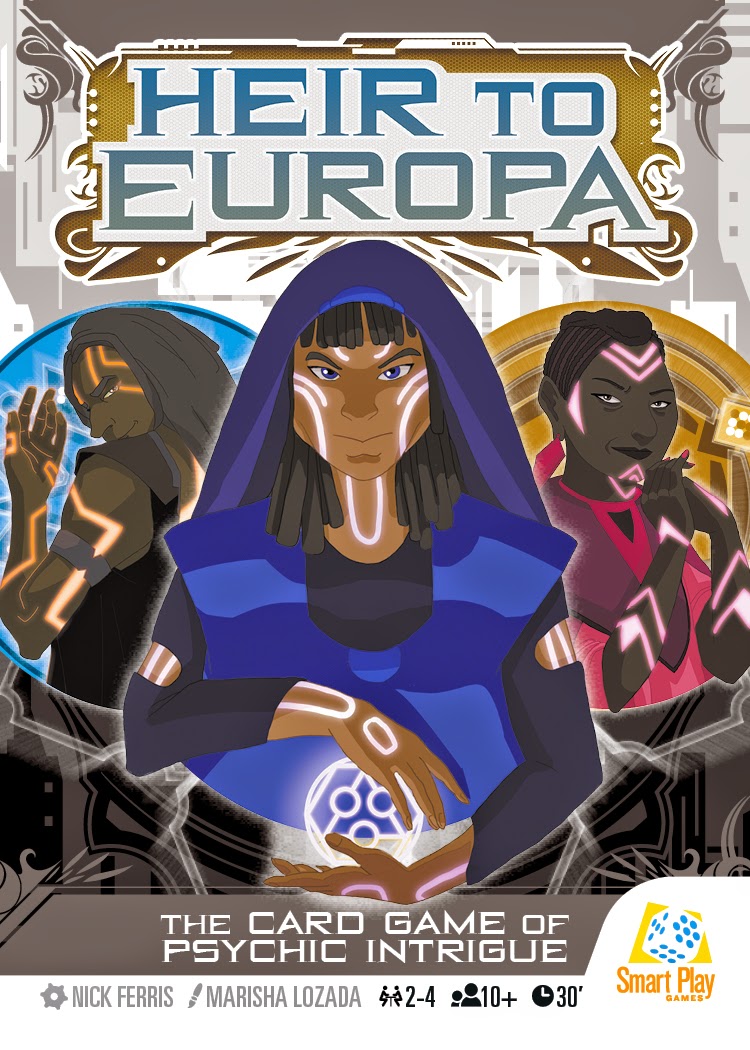 It's almost here! After months of playtests, editing, more playtests, and more editing, Heir to Europa by +Nick Ferris will finally be coming to DriveThruCards very soon. But first, we need your eyes to do one last typo-hunt and grammar check on the rules document. All those months of editing can really give a team tunnel-vision, so we need a fresh crowd of brains to take one more look and spot anything we missed.

Heir to Europa is a sci-fantasy card game about a world undergoing a succession crisis. The various factions of Europa engage each other in psychic contests to literally win the minds of the people. Players take on the role of shadowy conspirators trying to predict who will eventually win the throne, thereby becoming the power behind that throne.

The gameplay is based on classic trick-taking card games, heightened with very clever twists that open up subtle new strategies and surprising tactics. Certain cards have special abilities, but those abilities will only be usable as long as the faction remains loyal. Each card played from a faction reduces its loyalty in the subsequent contest, so you have an inherent time limit to play those powers. This nicely balances out the novelty of modern mechanics with the familiarity of traditional card play.

It's a great medium-weight game that I'm eager for you to see. Download that rules PDF and tell me what you think!
Heir to Europa