Creating vs. Curating in Trickster 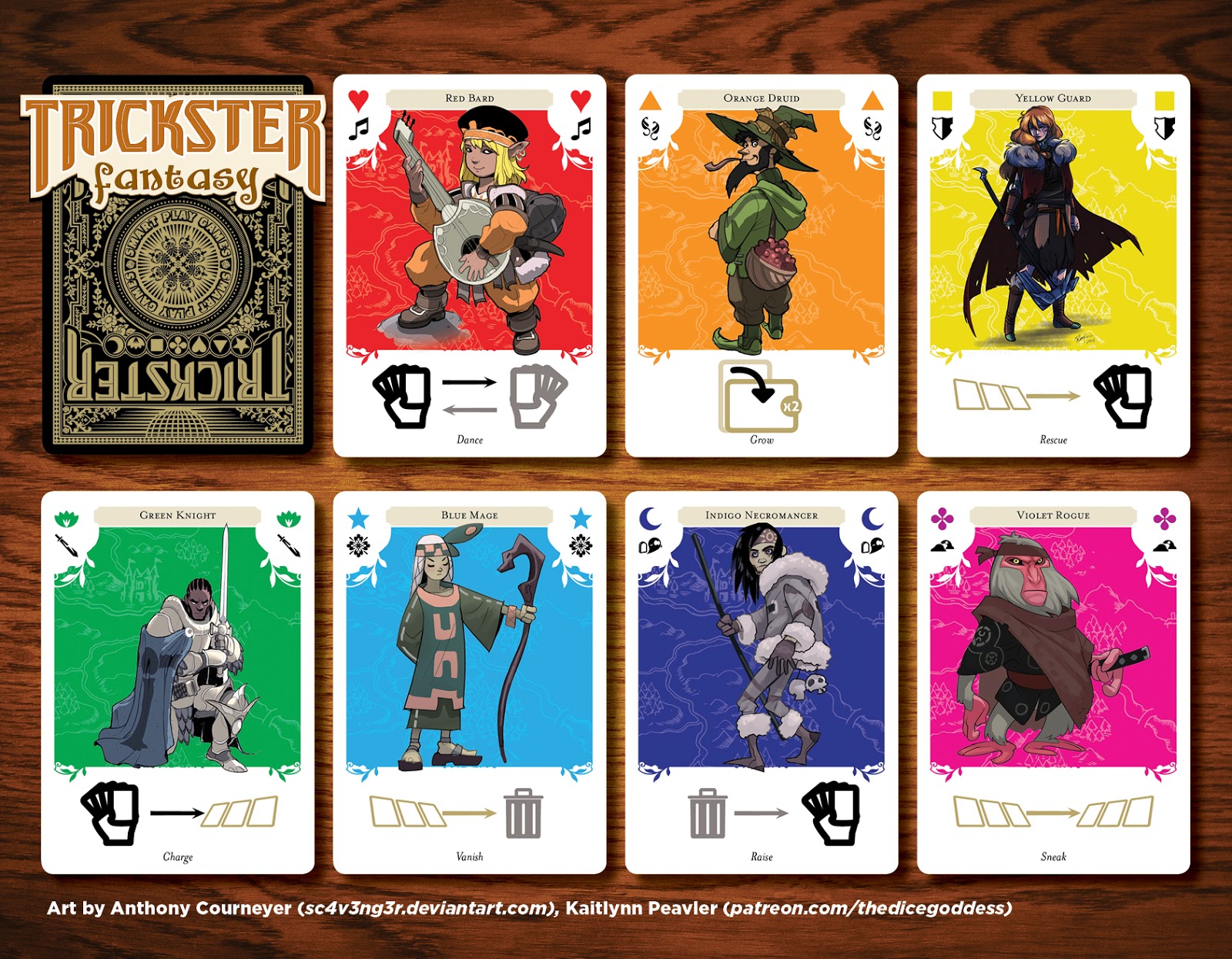 Trickster is an odd blend of tactical take-that, a sliver of push-your-luck, and a fondant icing of theme holding the whole thing together. I've been actively developing Trickster: Fantasy and several other Trickster decks for a while now. The core game is a very nice canvas on which to play all sorts of little mechanical effects.


Creating
In the development process, I brainstormed a big list of powers on this live doc. Most of those were developed in the absence of theme per se. They're mainly just shaking out the possible permutations of moving a card:
Plus some miscellaneous card effects that might be fun form a purely mechanical standpoint. This was all a very rote process without much inspiring "story" behind the powers.

This is where curating comes in.

Curating
That's where assessing each deck's art on its own terms has been very necessary. I have to look at the art, assess the first impressions that each character gives players, and build powers around those first impressions. Let's take a look at a few characters from the Symbiosis deck. (Steve Sanders was very generous to let me use art from his world in this deck, so first I want to thank him for that.) 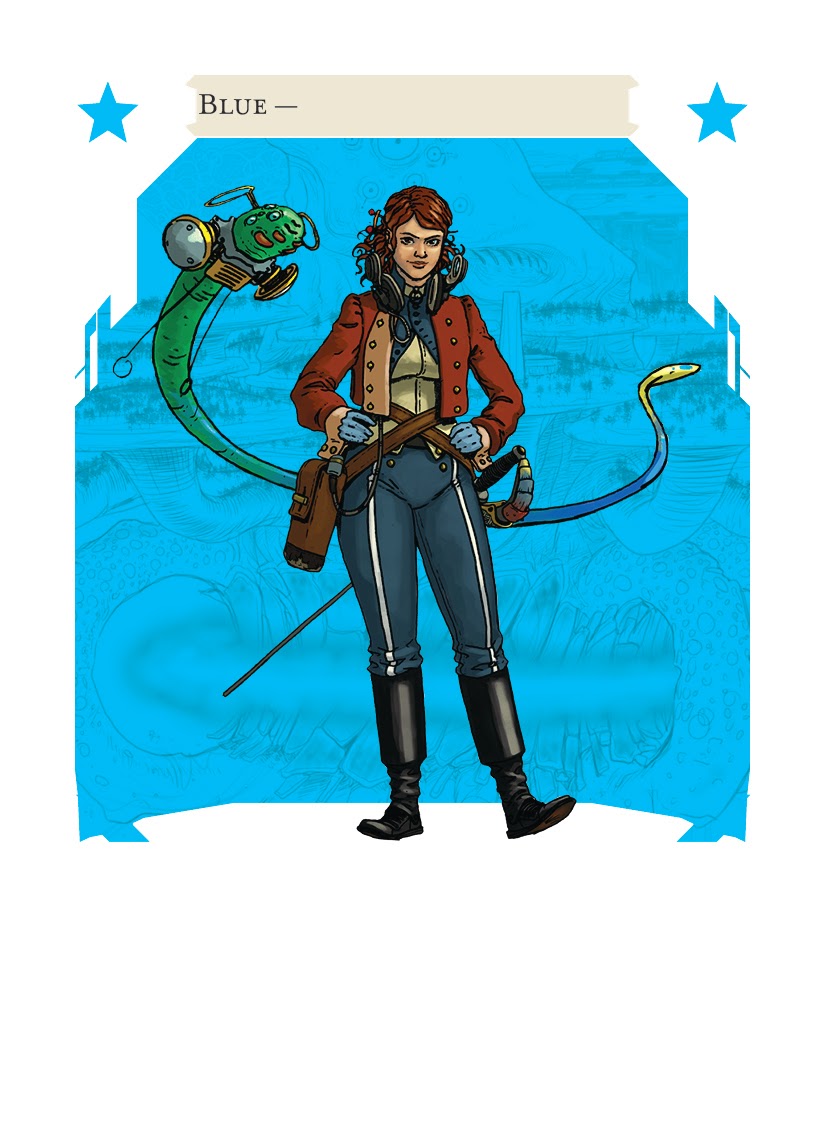 Playtesters first thought, absent of any other cues, was that character appears to have some remote control drone. She should be able to deliver information secretly from one place to another? That might be best mechanically represented as passing a card from one hand to another. A modified, slightly more aggressive version of the Bard's power from the Fantasy deck. 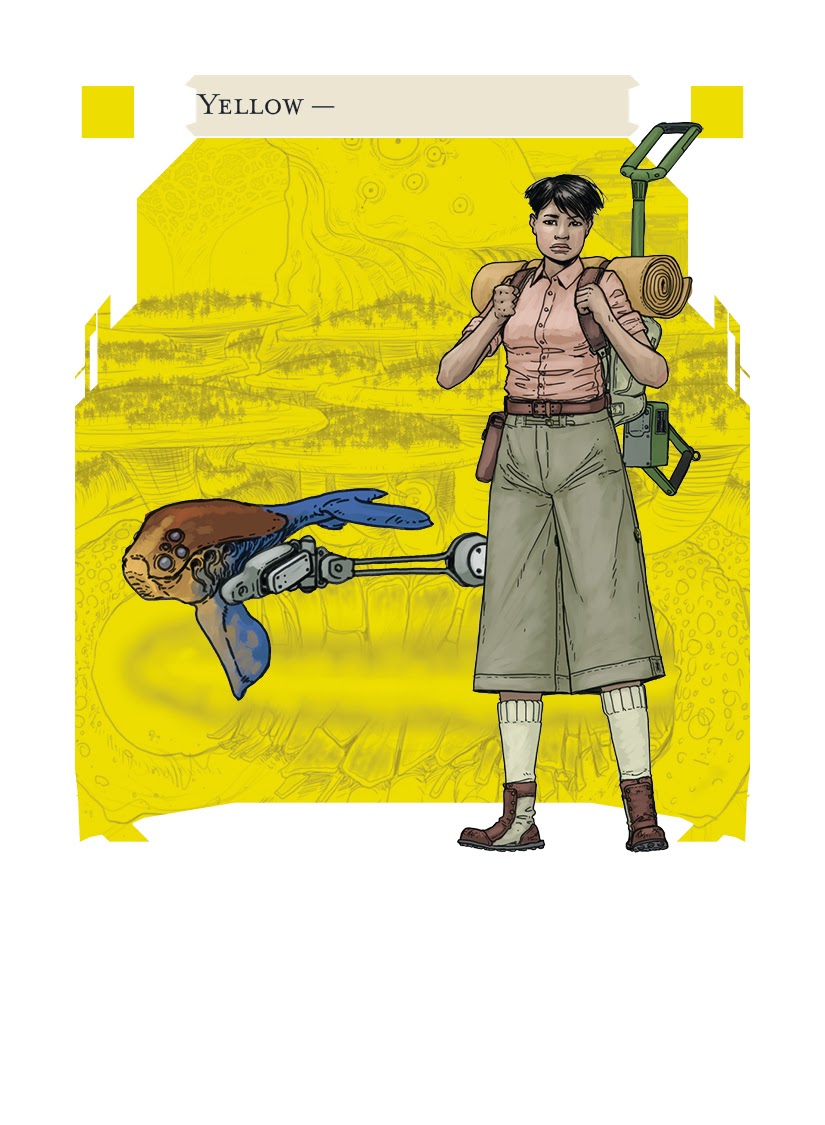 Again, in the absence of other cues, playtesters thought this little creature was some kind of speeder bike and this character was a traveler of some kind. They thought she might be good at speeding up the game a bit, emptying hands that much faster. When you play this card, you must play another legal card. That could be a tactical maneuver to force yourself to take the trick or to just empty your hand. 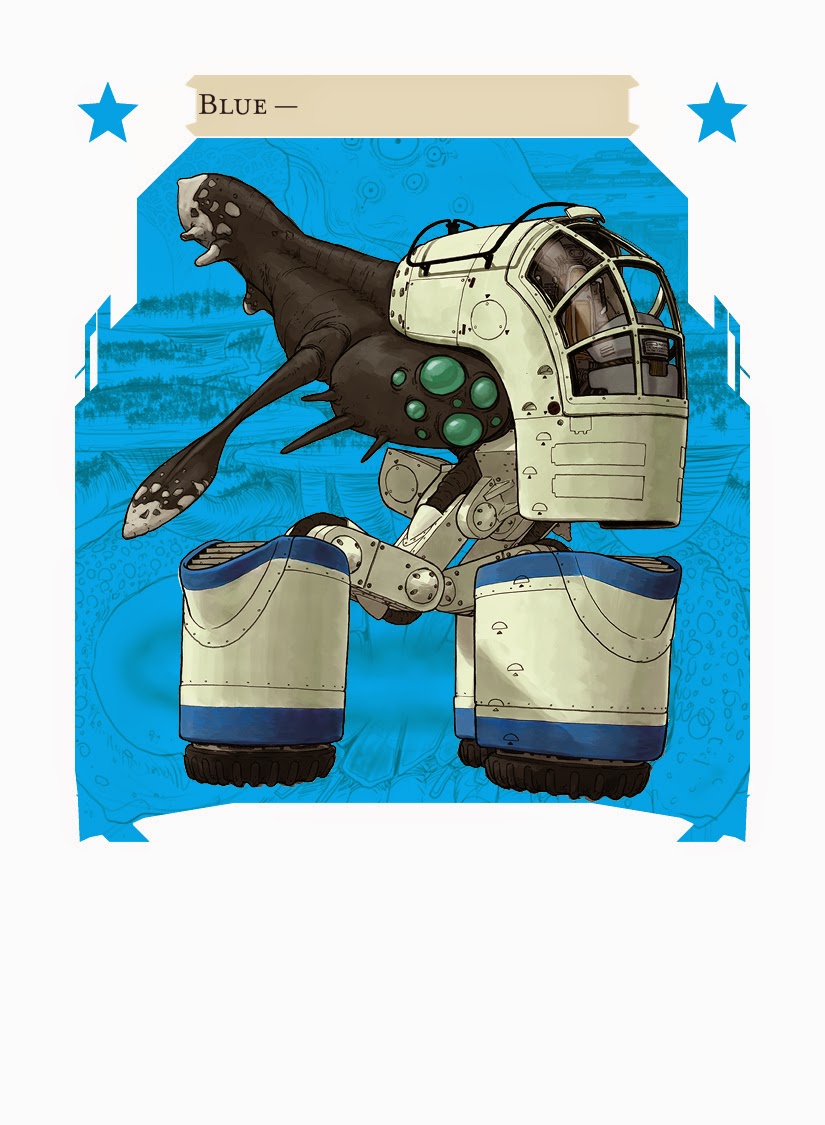 Things just get a little weirder from here, but it's around this point when I realize I should have a stronger emphasis on the concept of symbiosis. Perhaps other effects are modified by how many of that same character you have in your collection, Guildhall style? It's worth exploring, and might further solidify the connection between the Symbiosis universe and these cards.

But that's the difference between brainstorming and curating here. Coming up with all sorts of powers is easy enough, but cutting them down to a set of seven mutually supporting and thematically related powers is the tricky thing. It's fun, though! Certainly the most fun I've had developing a game in a long time. I look forward to sharing more. :)
trickster