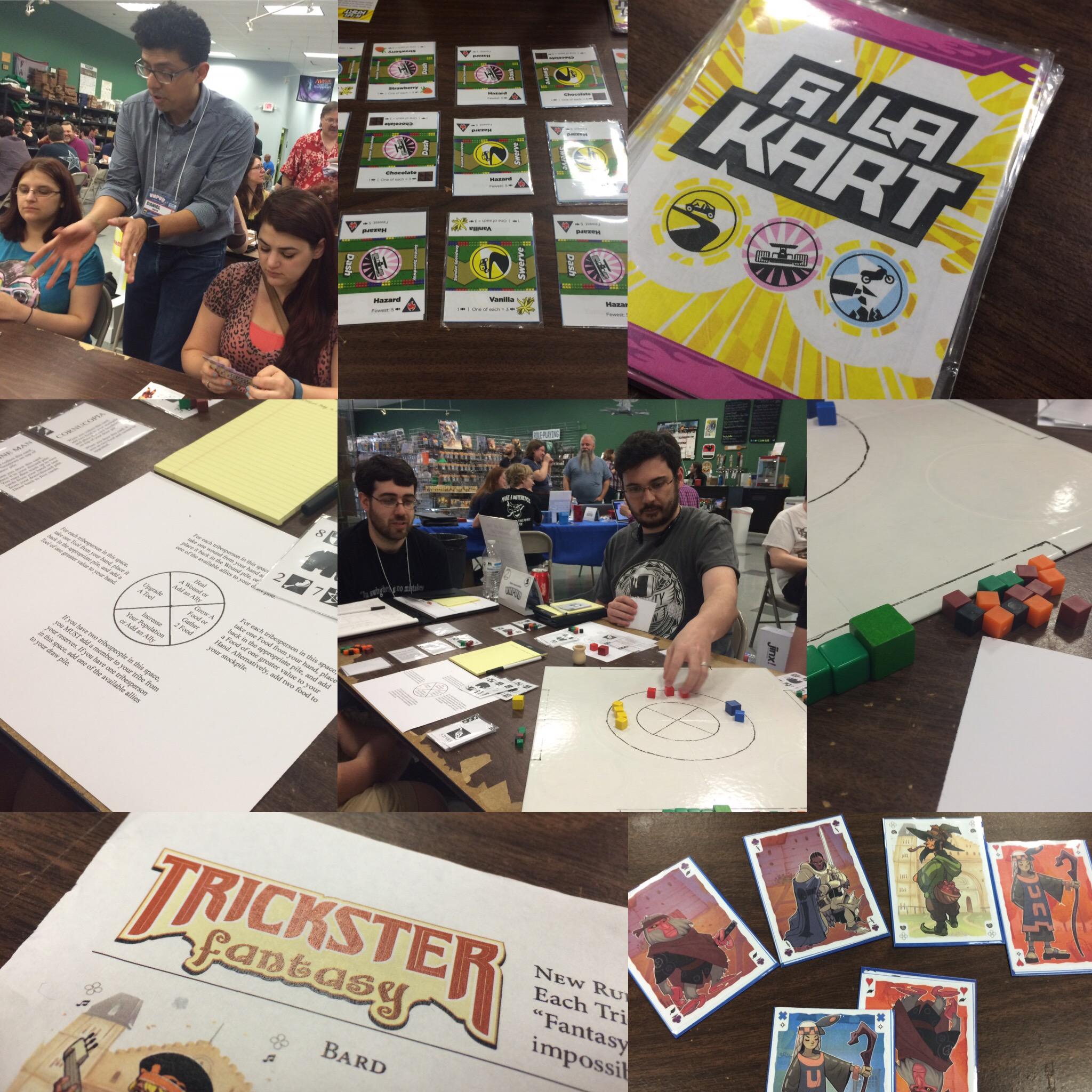 The Game Designers of Carolina held a great UnPub Mini event at Atomic Empire last Saturday. This is the third year for an UnPub Mini at Atomic Empire, the second organized by GDoC, and it's grown each year. We had fifteen designers with full tables for nearly the entire event. 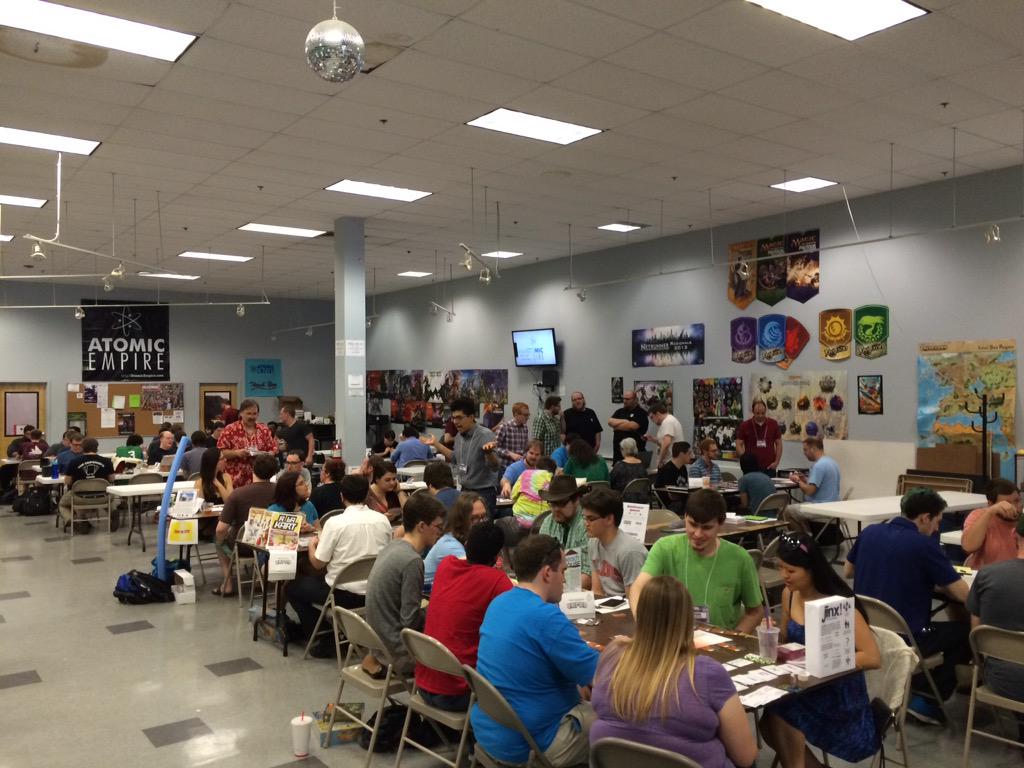 My plan for playtesting A La Kart was to run two concurrent two-player demos of Fish vs. Chips at the AutoBun and Sugar vs. Spice at the Sundae Speedway. I made significant edits to Fish's deck after March's extensive outside playtesting revealed how overpowered it was.

I made some minor tweaks to the other decks as well, and kept track of win rates for each deck over the whole day. Sugar and Spice went back and forth a lot over the day, with minimal repeated final scores. That says to me a lot is riding on each player's decision and a little bit of luck, so I feel pretty good about where they stand now. Here is my handwritten record. 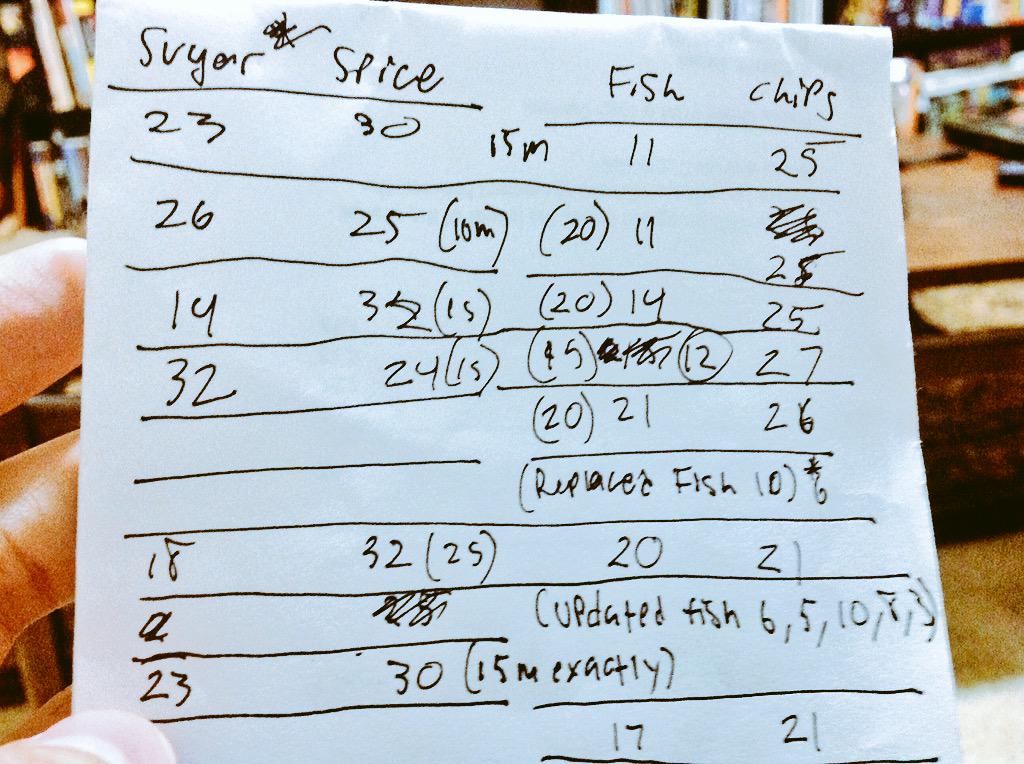 I found some odd results at first in Fish vs. Chips. The first two games had the exact same scores. Like, exactly. I made some edits over the course of the day to hopefully break that pattern and luckily I was able to get them closer to parity, but Fish still didn't win most of the time. Fish vs. Chips had some odd patterns where 21 point and 25 point final scores appeared three times each. 11 appeared twice as well. Despite tweaking the decks towards the end of the day, that pattern persisted, which tells me a lot of this comes from how the Autobun course scores.

I also compiled a few comments from the anonymous feedback forms:

Overall verdict is that folks love the theme, but the decks need more variety and the game needs to be easier to learn. Doing both is going to be tricky.

I must be getting older because I used to be able to run demos non-stop for a full eight-hour-day. I had to tap out two hours early because I was just spent. Apologies to anyone I missed that evening! It was a great, productive event and I even got to squeeze in one test of Trickster: Fantasy before I left. It was a lot of fun!