This weekend I tweeted about a product that I'd been mulling over for some time, but I just thought might be too silly to even try. I was feeling restless though, so I just quickly sketched out some cards by hand. I figure, what the heck, it can't hurt to blog about it. 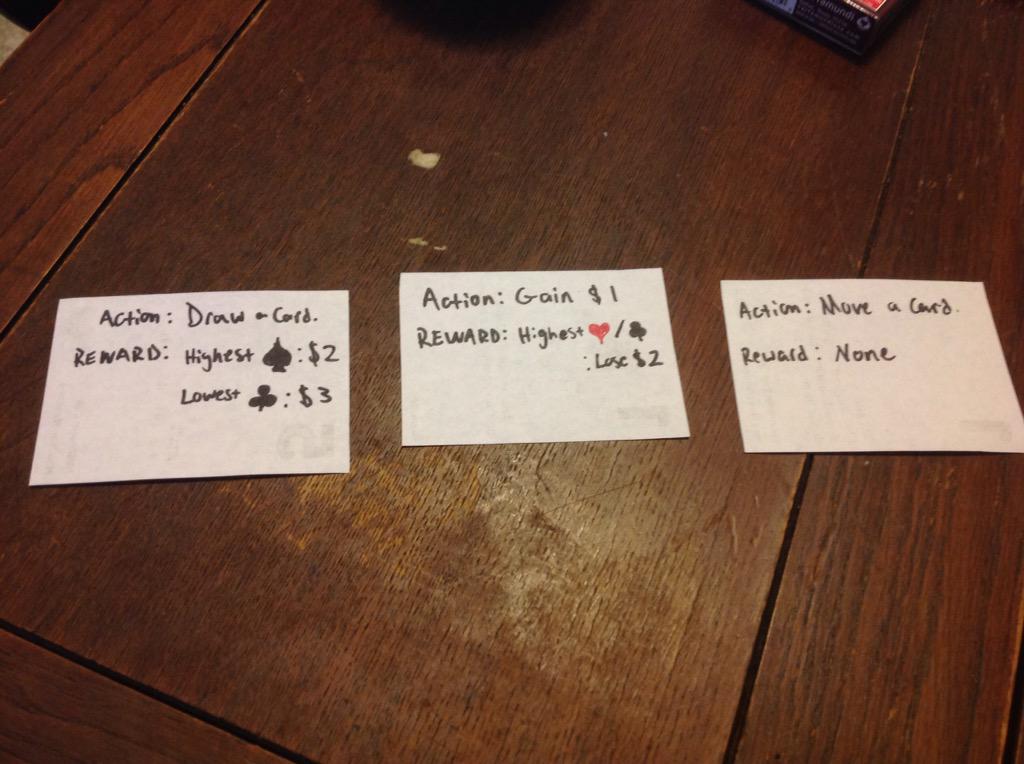 How to Play
Players take turns clockwise around the table. Start with the person who last had cardamom.

On your turn, play a card from your hand beside one of the bases. Orient the card so it is clear that you were the one who played it. Unless otherwise noted, you may not play more than one card to a base nor may you place a card on any other player's position around the base.

When you play a card, you may do the action noted on that base. This is optional.

You do NOT draw up to five cards at the end of your turn.

Turns continue until all visible spaces around all the bases have been filled. This ends the round.

Winning Bases
At the end of the round, each base says who will be granted a reward as determined by certain conditions.

New Bases
At the start of a new round, reveal three new bases.

Victory
After the base deck runs out, play out the remaining base(s) as a final round. After the final round, whoever has the most money is the winner. 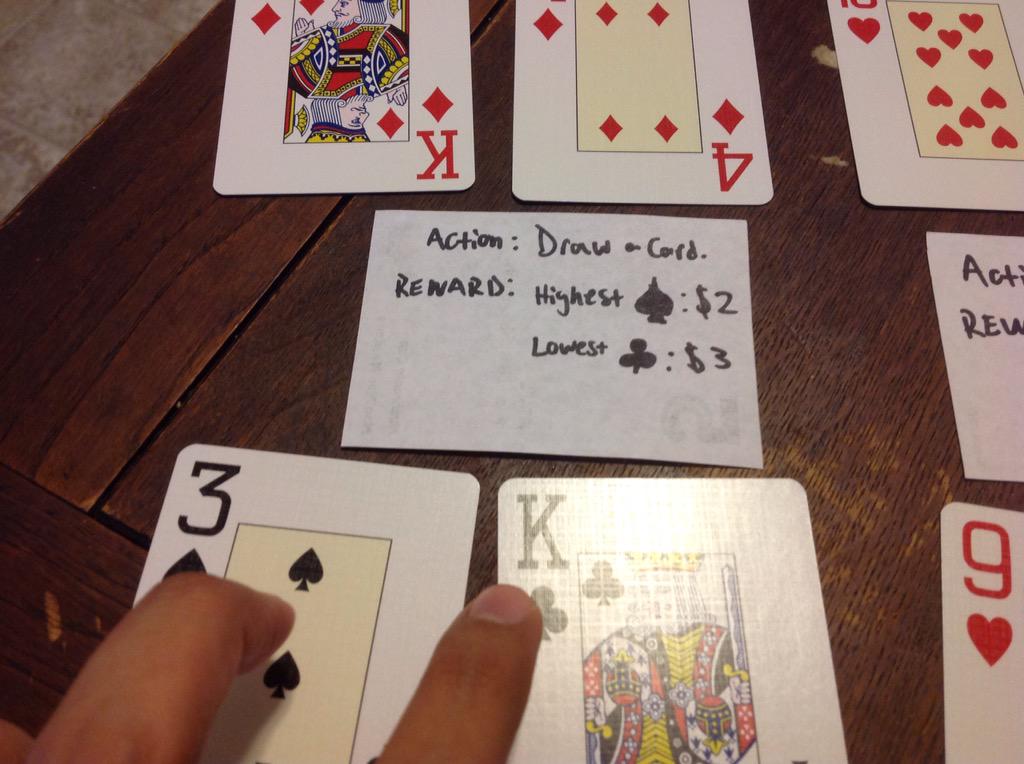 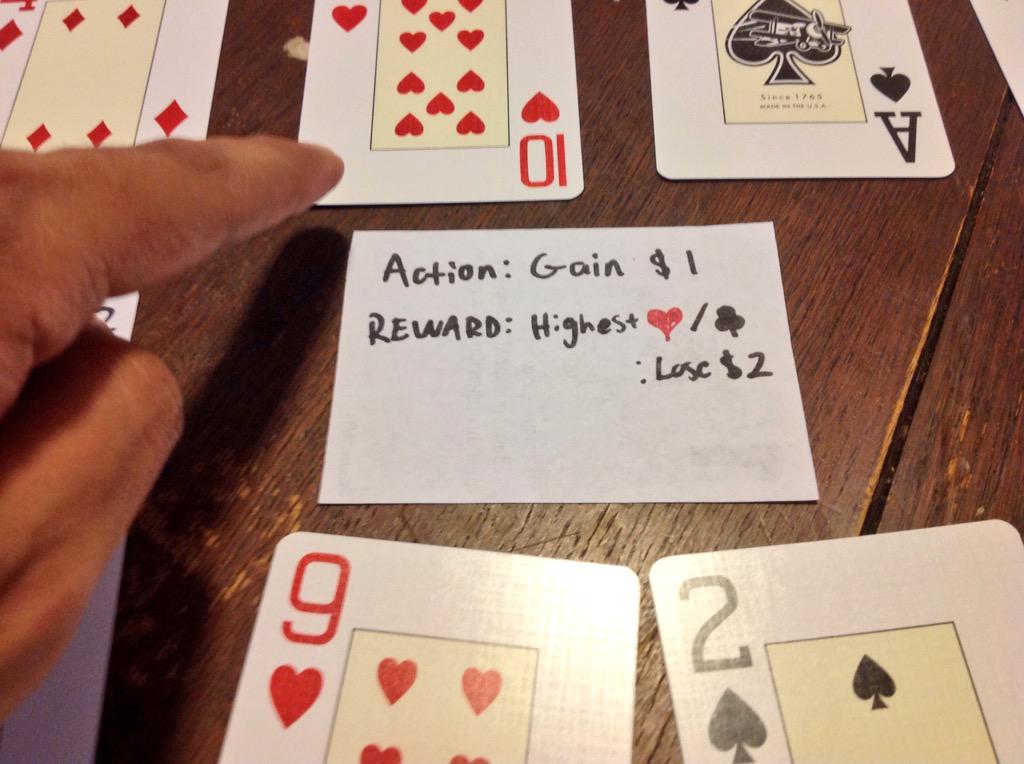 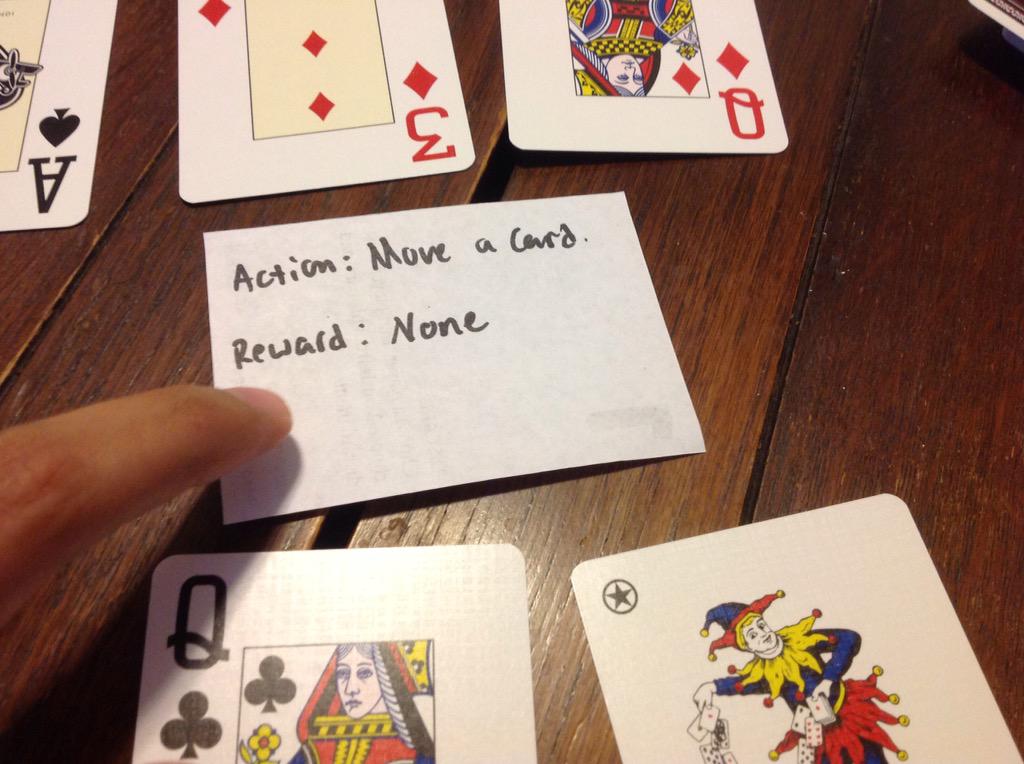 Some bases don't offer rewards, but offer useful actions like moving cards to other bases. 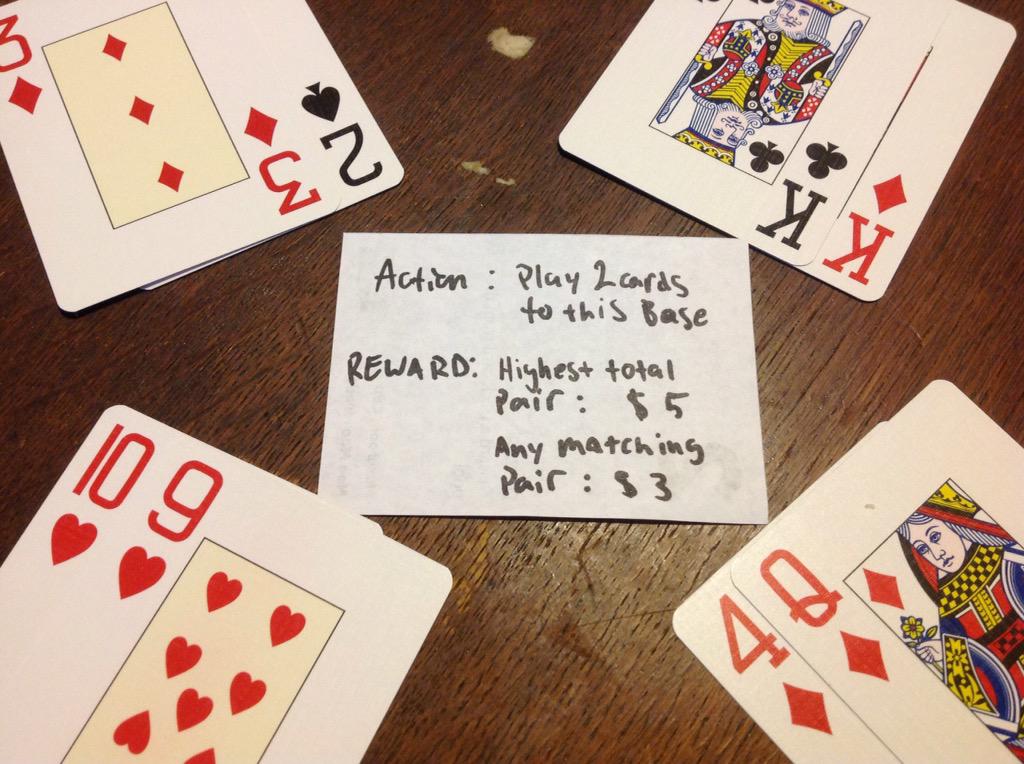 Here's an odd base: Play 2 cards to it. Highest total numerical rank gets $5. Any pair of matching suit/rank gets $2.


Conclusion
I call this "Cardamom" mainly for the "card" pun, but I could easily design this to look like some classic tea package designs with some lovely vintage spice illustrations. There might be spices on each base and whoever collects sets of bases with certain spice blends can score extra points at the end of the game. What do you think? Is this a silly idea?
card game lab