This week, an odd little mechanic has bitten my brain hard and refuses to let go until I've got it firmly written down for posterity. Not sure where this idea will go, since it doesn't really have a theme associated with it yet, so here it is in the abstract.

Action Replacement
There are limited number of actions for you to do on your turn. In order to take one of those actions, you must replace that action with a new one, which will probably be even more useful than the one you replaced.

Here's a visual example, using some cards as the form factor, which I think would be particularly interesting for their versatility. 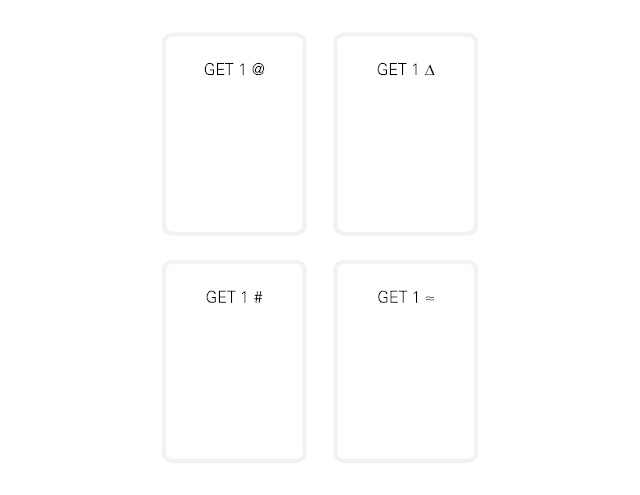 First, the play area begins with a set of four basic cards, each allowing you to acquire a specific type of resource.
Collected cards score points equal to their stars, but some cards also have other endgame scoring bonuses or penalties. 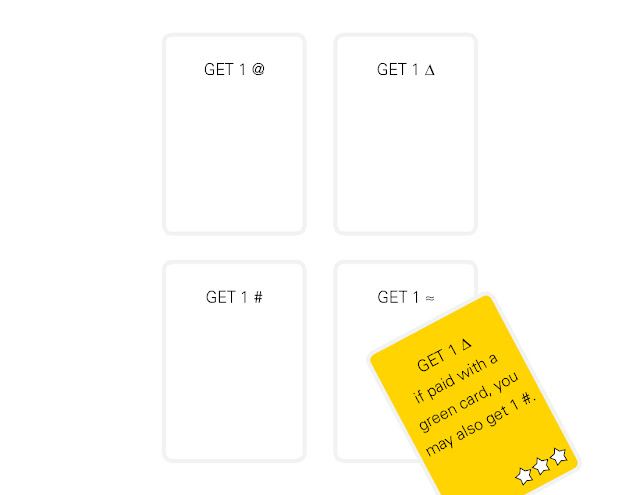 The actual wording of the card you pay doesn't matter for now. Only the card that was already face-up matters. In this case, you get 1 of the resource represented by the squiggly lines. At the end of your turn, your chosen action is replaced with your paid card, thus making a new action available to players on their next turn. 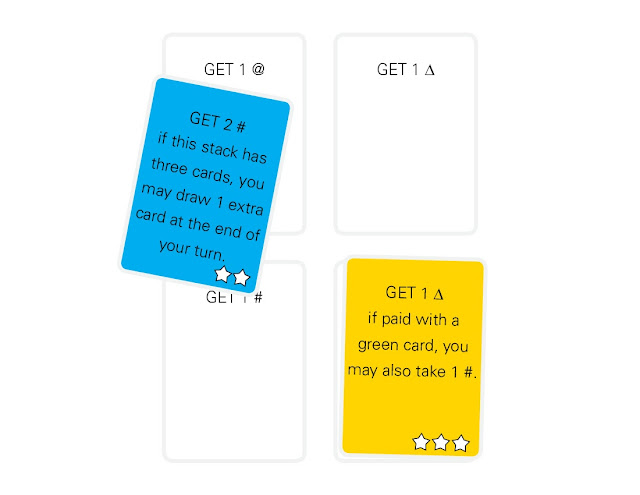 On the next player's turn, he wants to get 1 of the resource represented by @, so he pays a card to do so. He replaces his chosen action with his paid card, thus making a new action available.

In this case, the new action allows a player to get 2 of the resources represented by #. If the stack of cards were three or higher, that player would also be able to draw an extra card at the end of her turn. Some cards might also refer to adjacent spaces, augmenting their potency based on those conditions, such as "If a red card is visible..." 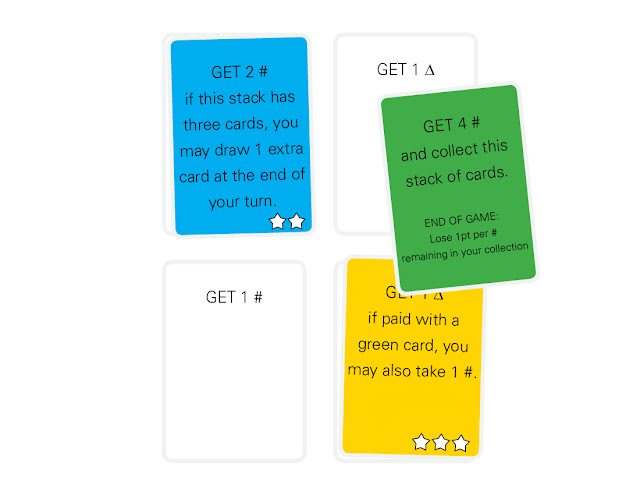 Next turn, you want to get 1 resource represented by the triangle. The new action has an unusual effect:

Using this action allows a player to get a whopping 4 of the resource represented by # and allows her to collect this stack early. However, the endgame effect is that this card will cost its owner 1 point per # in her collection. So before the end of the game, she wants to find an outlet for # or get rid of this card from her collection. 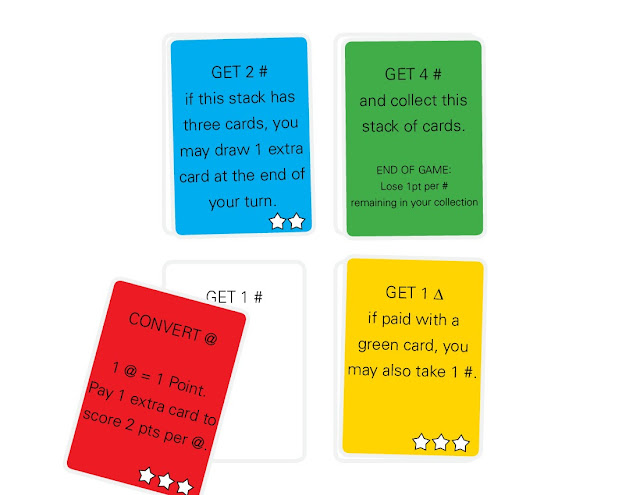 Your opponent avoids temptation and decides to use the basic action that allows him to get 1 of the resource represented by #.

Instead of getting resources, the new action allows you to convert "@" resources to points. If an extra card is paid to do this, the exchange rate is doubled.

And that's all I've got so far. Lots of crazy emergent permutations based on a simple mechanic, but no theme as yet. I'll mull that over, but for now I'm just glad to get this out of my head for a minute. :)
game design