Revising the Constants and Variables in Monsoon Market 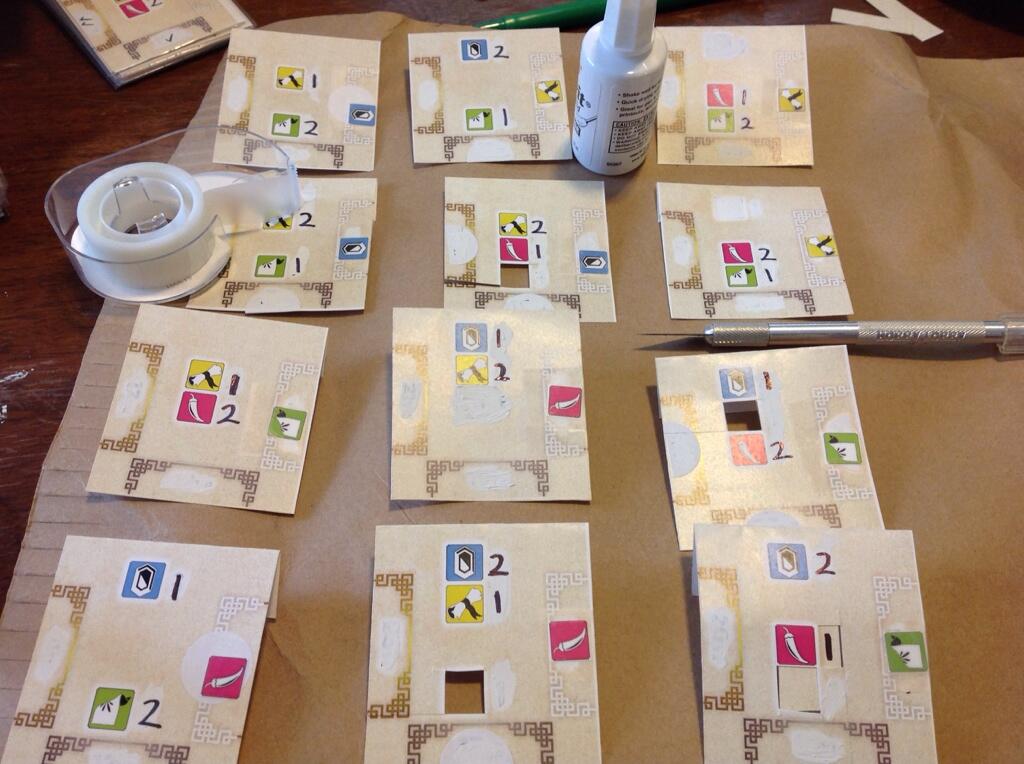 Over the weekend, I revised my Unpub prototype of Monsoon Market the old-fashioned way, by hand. I cut, taped, glued, markered, and sleeved up this mess until it was a tight little package. What I realized from earlier tests is that I was testing too many variables at once.

I needed to streamline this a bit just so that the random shuffling and revealing of two separate decks provided the grease for the engine. That's a lesson from my recent play of Splendor, which was just nominated for an SdJ. Compounding that randomness with a weird distribution made things just a little too complicated without good justification for it. So here's the new setup. 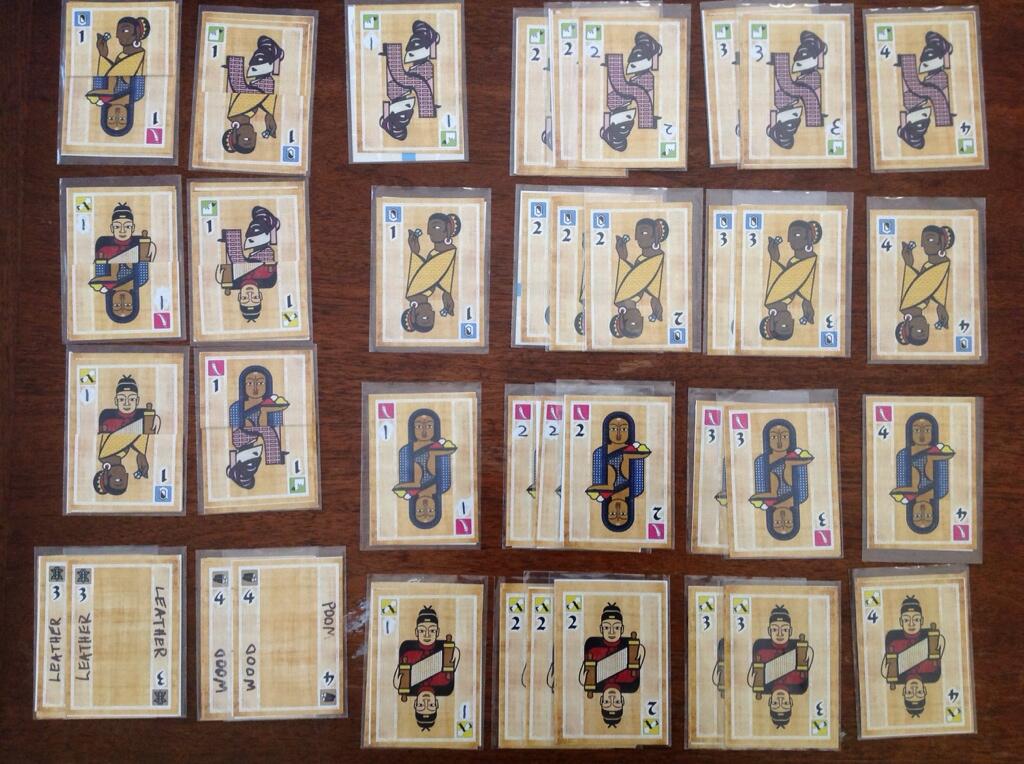 Revised the Goods in Monsoon Market: 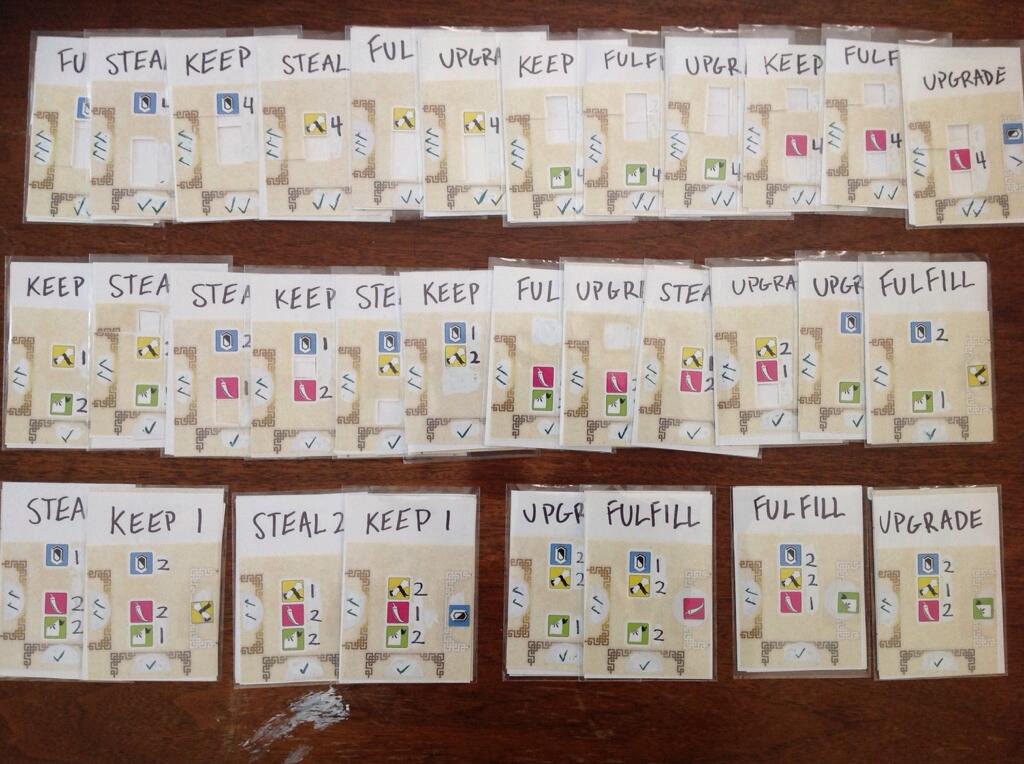 Revised the Orders in Monsoon Market:
In addition, you get 1 pt for each pair of matching rates in your orders. My first test, I'm going to see if an endgame/victory condition of 7 points is reasonable. Theoretically, you could get it in two turns if you managed to buy two gold-rate 4xA Orders in a row.
monsoon market