Obfuscation without Hidden Information: A Mechanism for Carcassonne Farm Fans 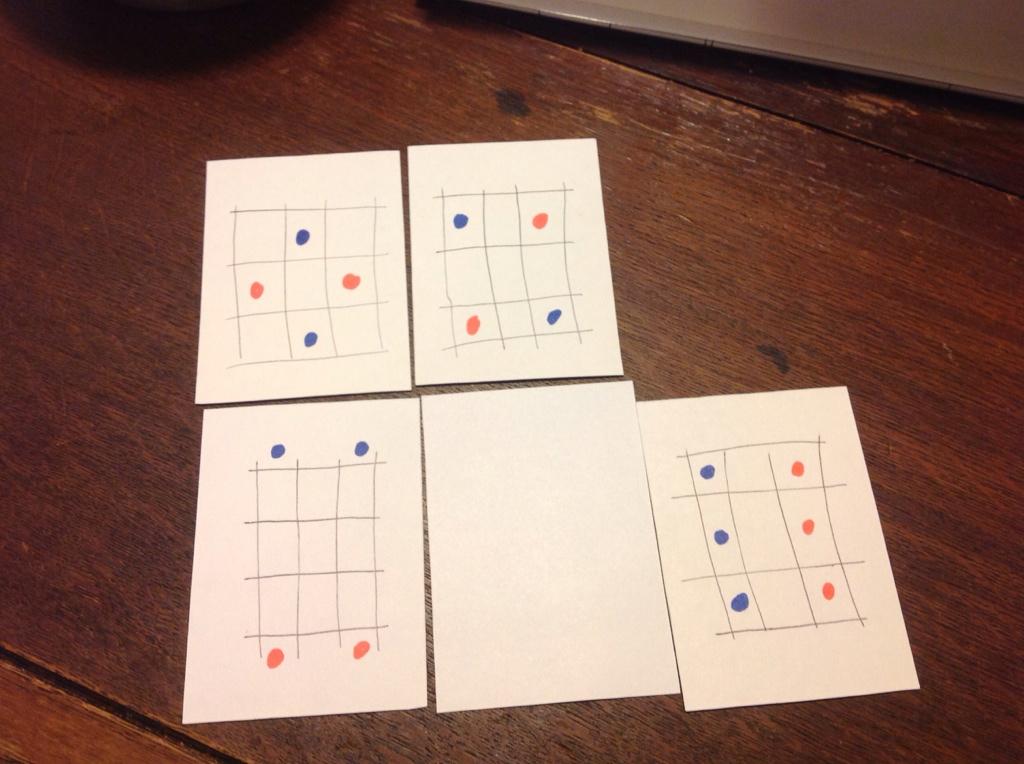 Lots of people don't like the farms in Carcassonne because they're hard to see in play, but I've never had a problem with it and I love playing with them. We're a rare breed, we farming fans. I thought it would be funny if there were an area majority game mechanism that was designed to be obfuscated despite being clearly visible on the table with no hidden information.

See those cards? Each has a 5x5 grid with a blank center cell. When you play a card to the table, you place it orthogonally adjacent to another card, thus creating an organic playing area. The red and blue dots indicate the presence of Red or Blue influence on the indicated card. 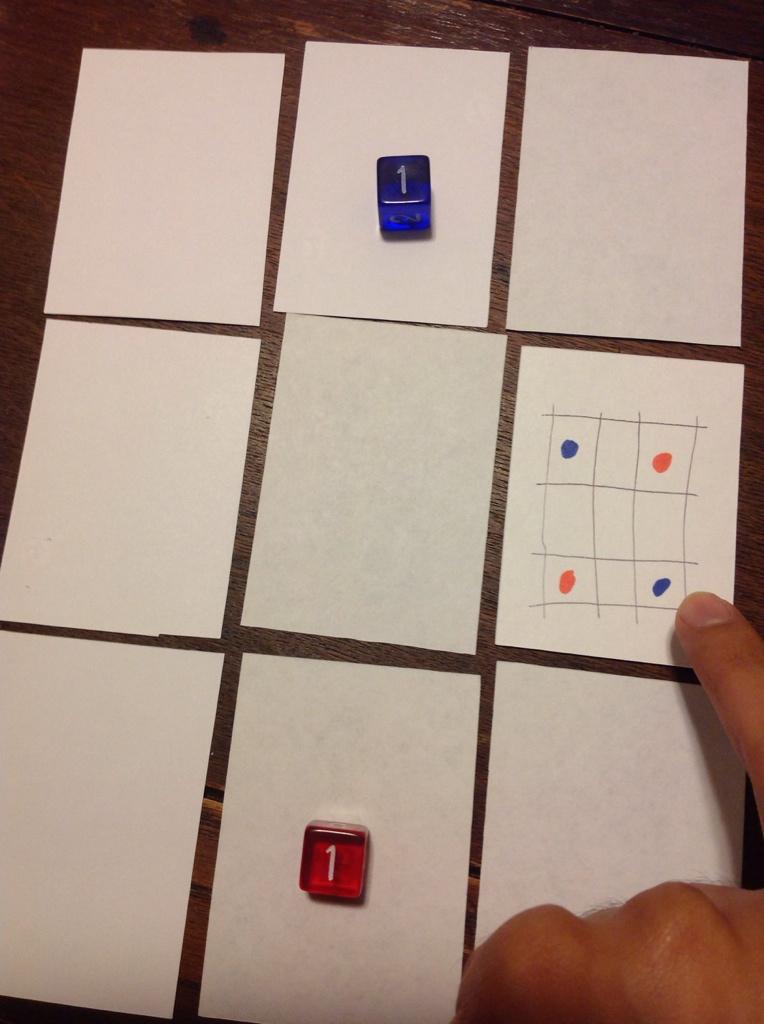 At the end of the round, whoever has majority on a card will collect it into a scoring pile. 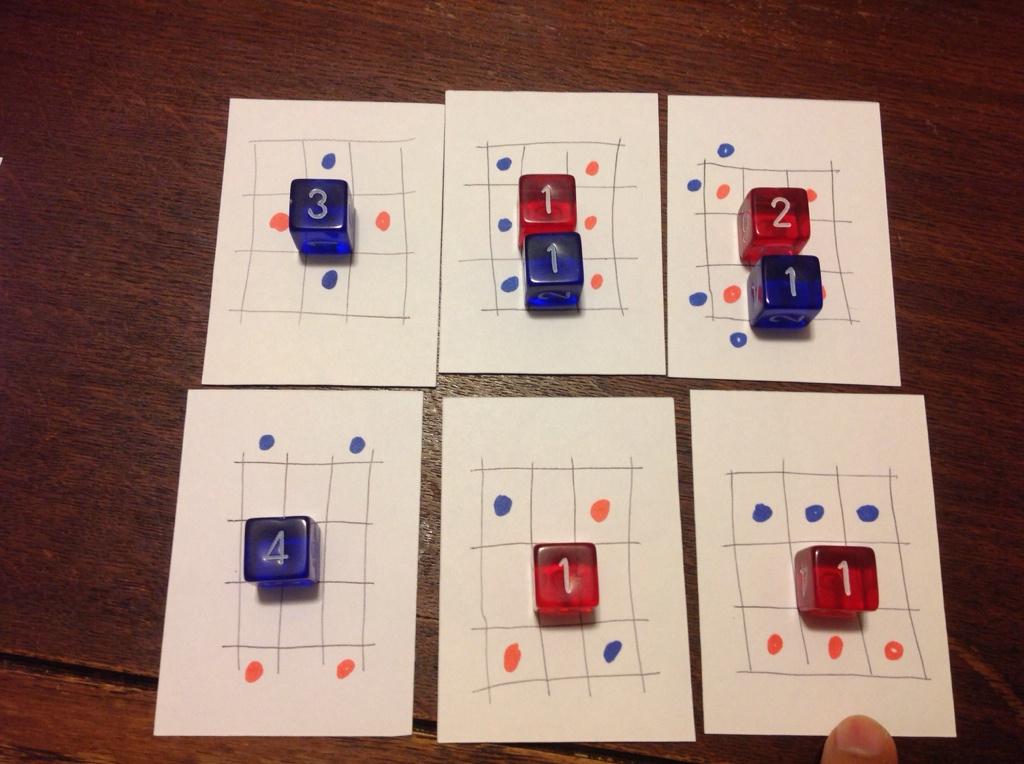 You can use dice or cubes or coins to keep track of the ongoing balance between Red and Blue on the cards, but they aren't technically necessary. That's the part that I think will only appeal to hardcore farm players. It's sort of a perception contest to see who can keep track of overlapping majorities across an entire field of play.

But let's take this a step further! Let's add some weird symbols to the grid. 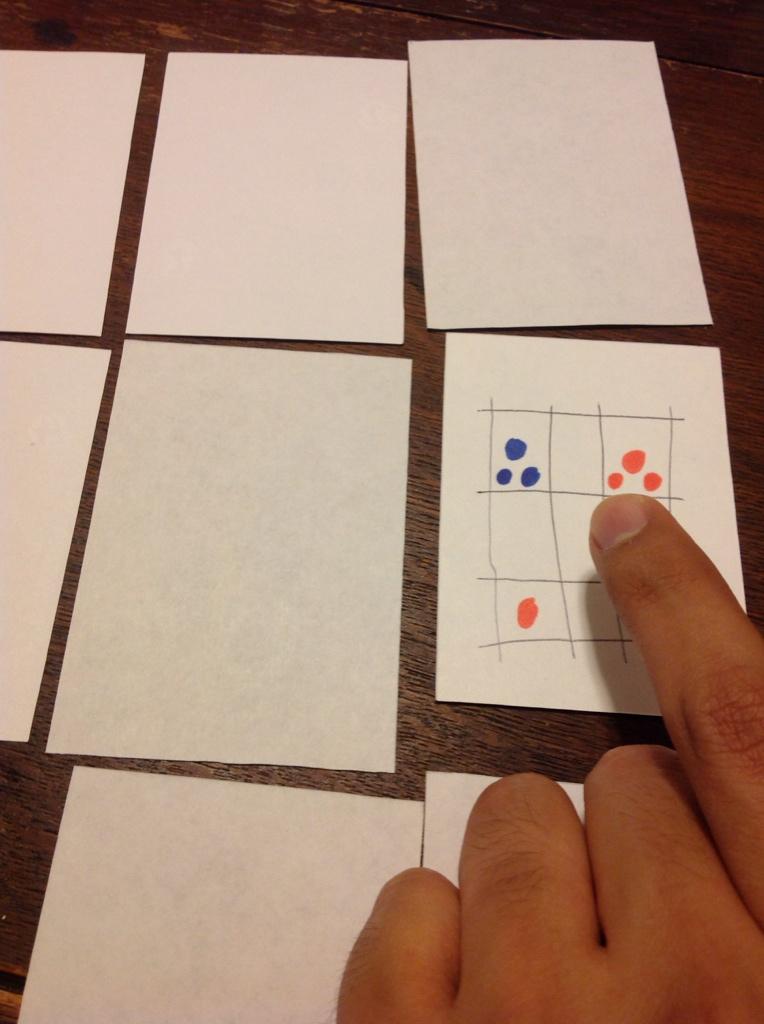 How about multiple dots on a cell, to indicate that much more presence on the indicted card? Sure! 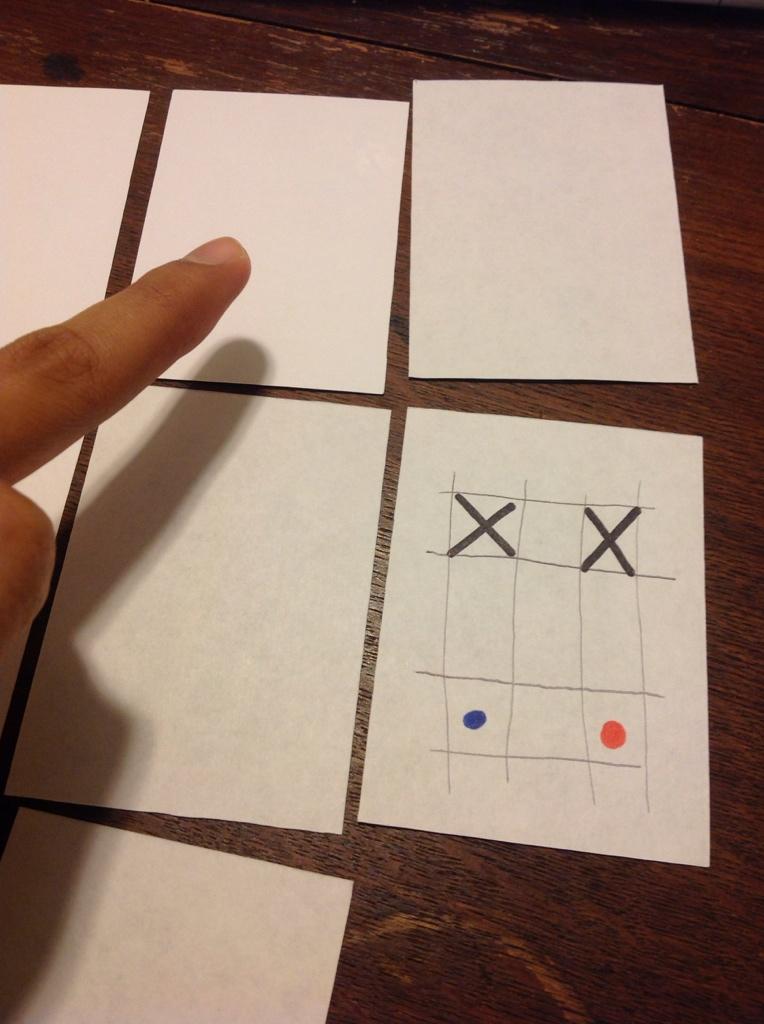 Xs mean you reduce the presence of any color on the indicated card by 1. If there is no presence on it, then remove the card entirely! 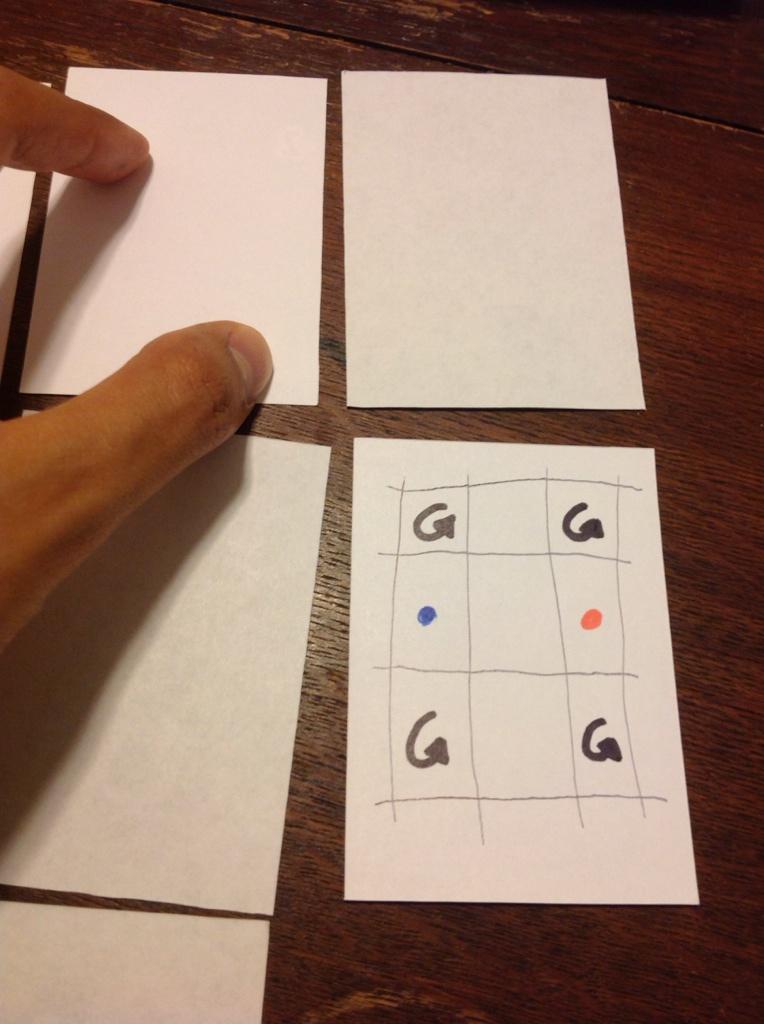 Turning arrows mean you must rotate the indicated card by 180º. Using these effectively is a real test of perception amongst skilled players.

So yeah, that's the idea. I have zero ideas for a theme though. Help me out!
lab