You can tell when I've had a busy month when I don't post so much, so here's a bunch of news in one big roundup!

Gen Con 2014 Report
Reports from DriveThruCards booth say there was a LOT of activity this year. Though they decided not to do any retail sales this year, there were still plenty of walk-ups who had heard about my games and grabbing discount code coupons. DTC has been generous enough to extend the discount code for everyone to use: SP2014GC for 25% off all my games! 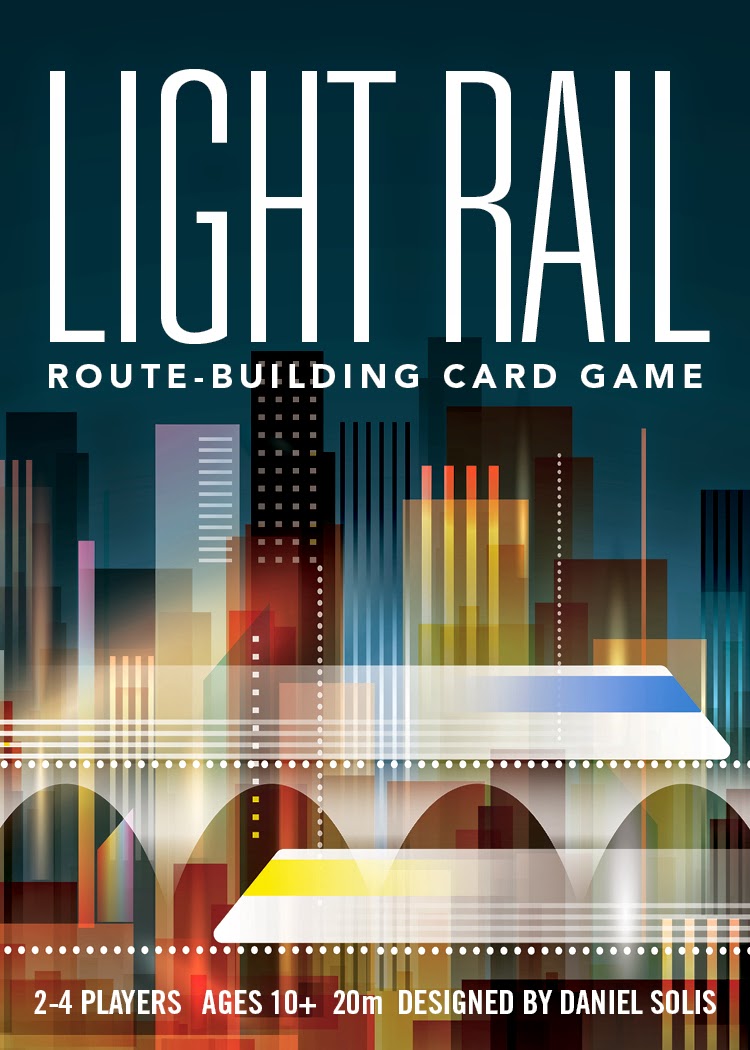 Light Rail to be Published in Brazil
FunBox Jogos has just agreed to publish Light Rail in Portuguese! You may recognize FunBox as the Brazilian publishers of the most striking edition of COUP on the market. Really lovely sense of design and art direction on that team, so I look forward to seeing what they can do for Light Rail. 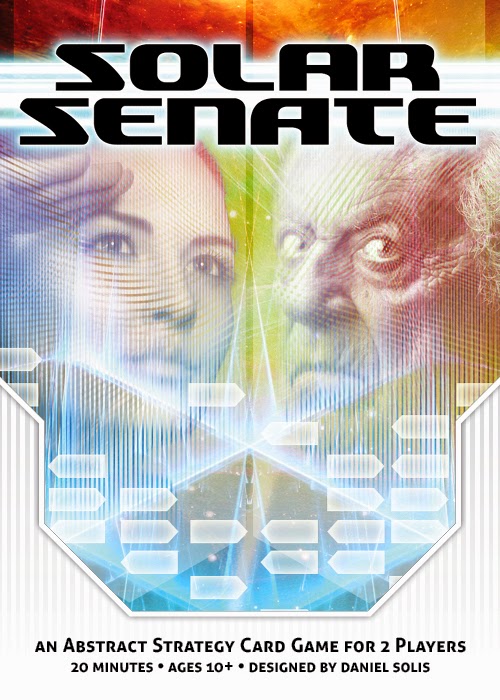 Solar Senate Cover Reveal
Because this month has been so busy, Solar Senate may be about a week late to launch, but for now check out the cover! I went through a lot of revisions trying to capture the theme of the game without implying it was a 4x galactic conquest game. It's definitely a two-player abstract. Look for rules preview to be posted shortly on my Twitter feed.
drivethrucards gencon light rail solar senate