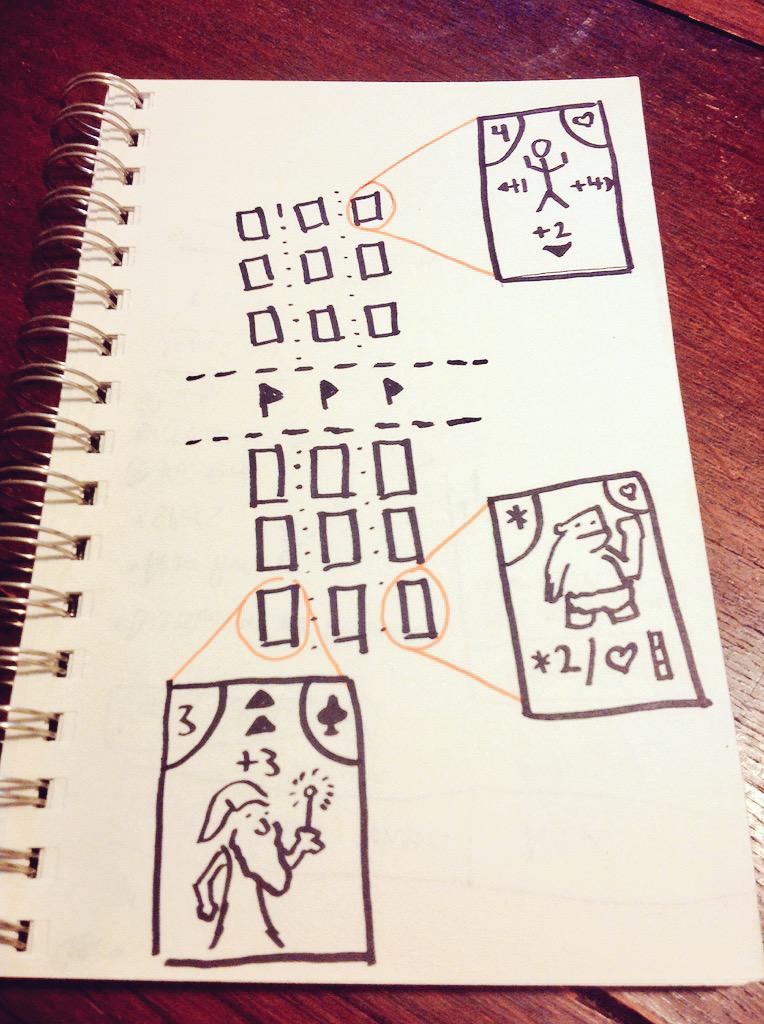 This summer I'm trying to get into the habit of running 5k each weekday morning, then sketching some ideas over breakfast. The running is the easy part to keep up, but the sketching has been a little more difficult. But today I've got a little notion that popped while I was stewing over Battleline, Pixel Tactics, and Gwent.

I'm imagining this as an 18-card microgame with a pick-and-pass drafting setup. With only 18 cards for two players, I think it would be easy to memorize each card, thus making "advanced" play much more accessible to newcomers. 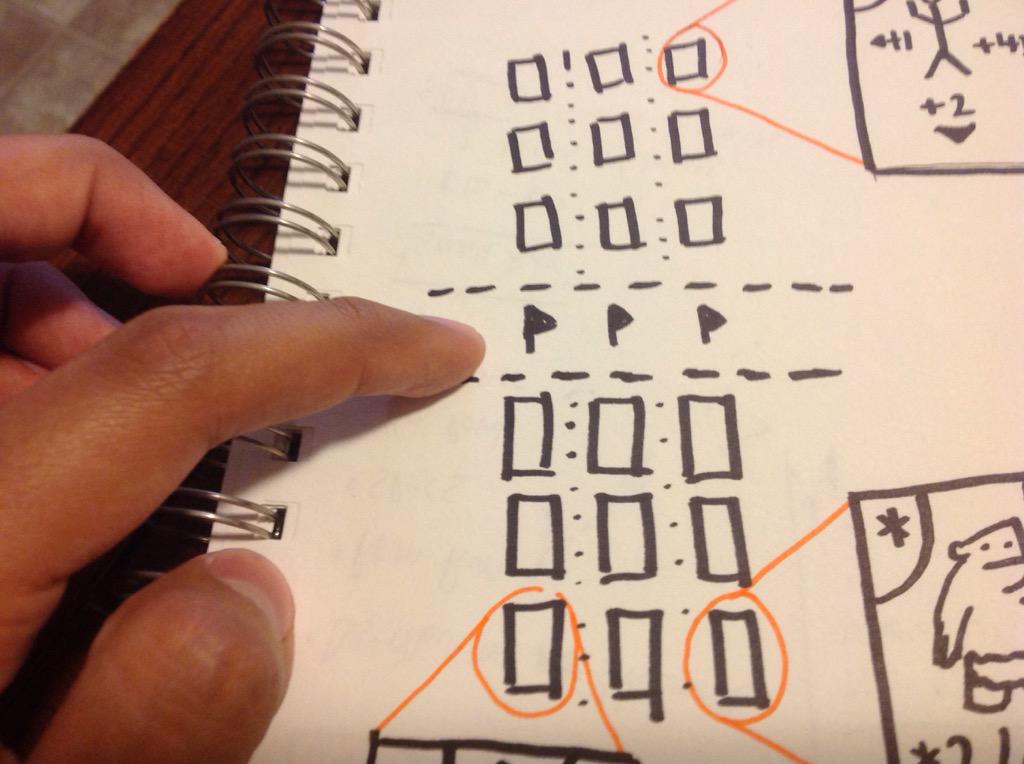 There are three ropes, represented by three columns with a flag at the center of each. The goal is to win at least two out of three flags. Each player has their own 3x3 field in which to play one card per space. Each player simultaneously chooses the space into which they will play by placing a card face-down in that space. Then each player simultaneously reveals their card. Whoever has the highest total strength in a column at the end of the game will win that column's flag. 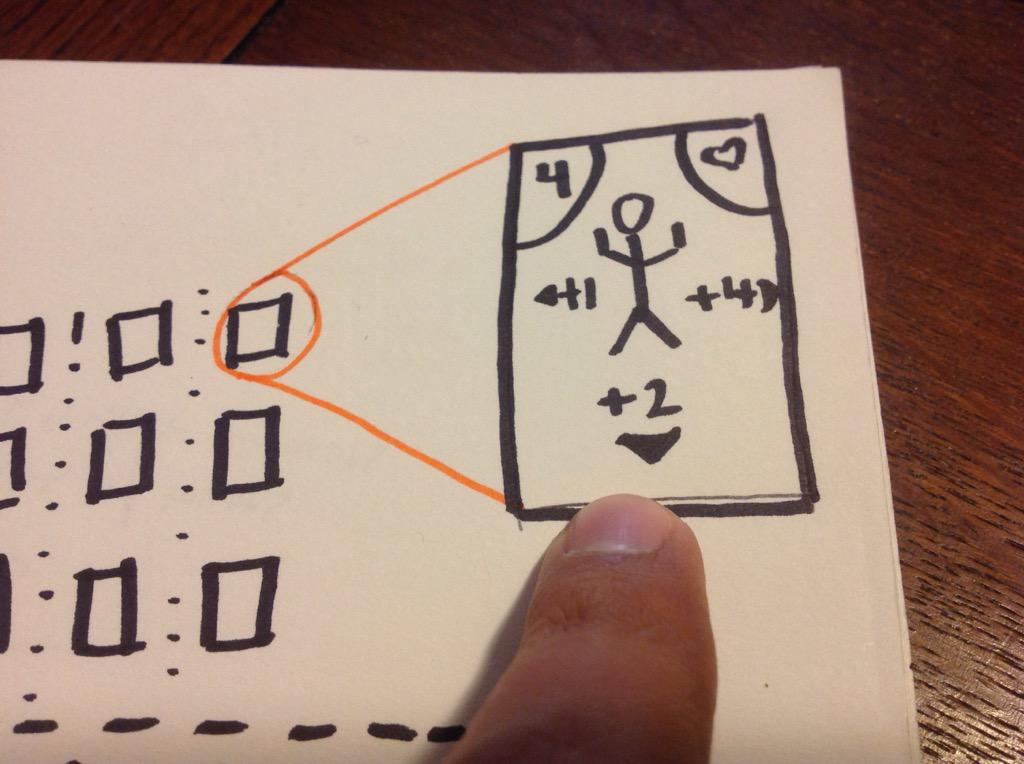 A standard unit has a strength noted on the top left and a suit on the top right. When you play cards to the field, they're always oriented so these stats are on the top of the card from your perspective. Many units also have adjacency bonuses. In this case, this guy gives 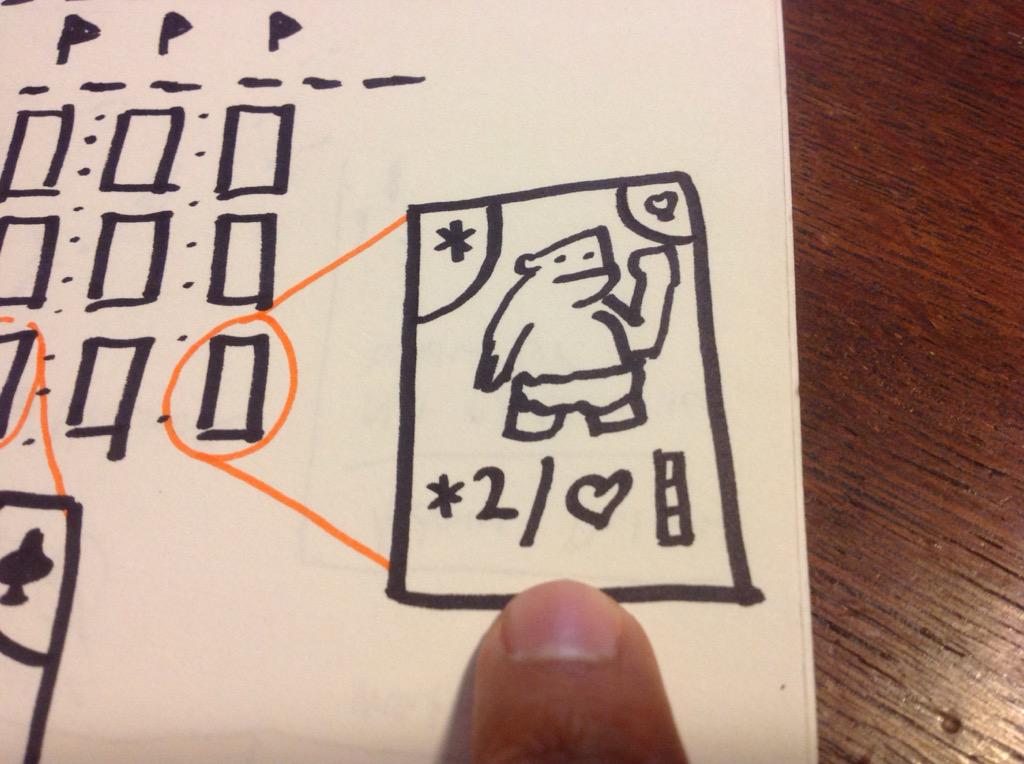 This Ogre's strength is based on how many Hearts are in this same column. It has a heart itself, so it's at least worth 2 strength to start. 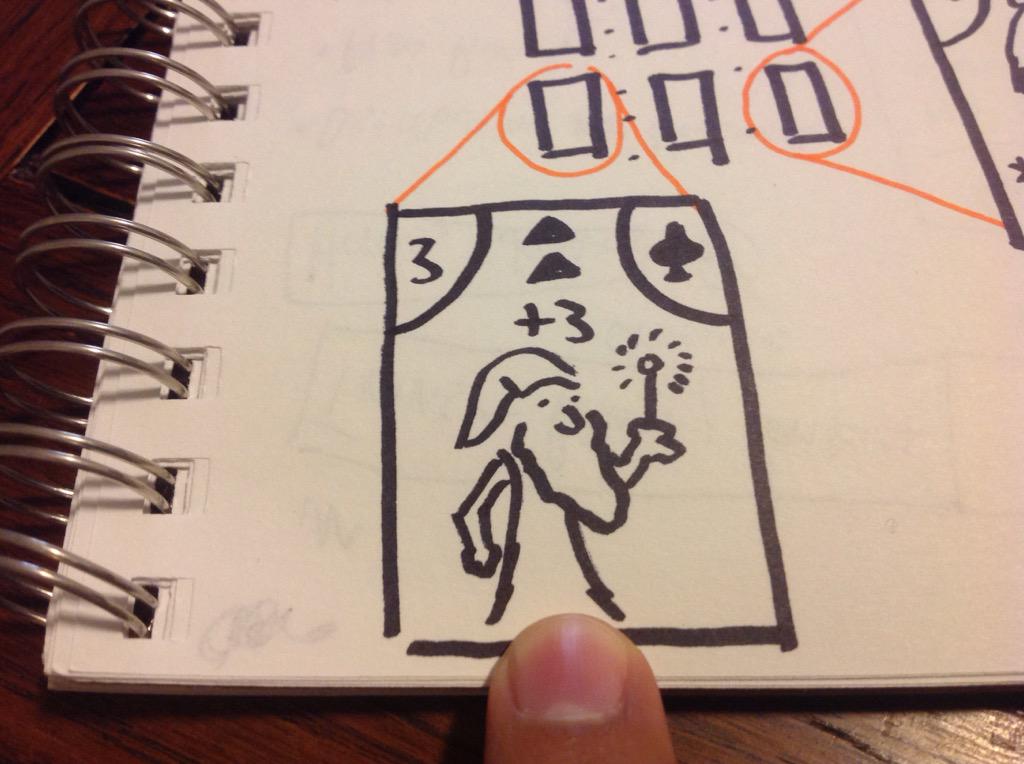 This wizard gives a +3 bonus to the two cards ahead of him. Note that if he is placed in the middle or front row, he'd actually be giving this bonus to enemy units. 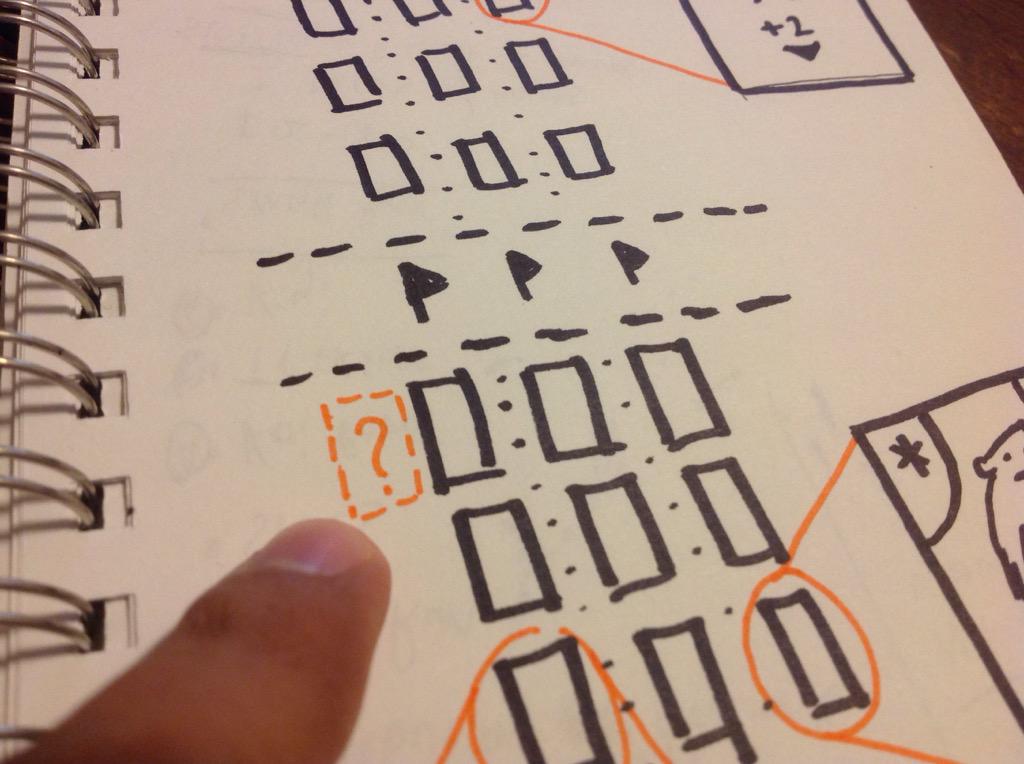 Though there are only three columns, I wonder about allowing players to play along the periphery. The strength of that outside unit wouldn't contribute to winning a flag, but its adjacency bonus may still be valuable for the row or column. Perhaps it's a cheering crowd?

Anyhoo, that's all I had over breakfast. Maybe it'll turn into something cool?
card game lab