Fragments of a Game 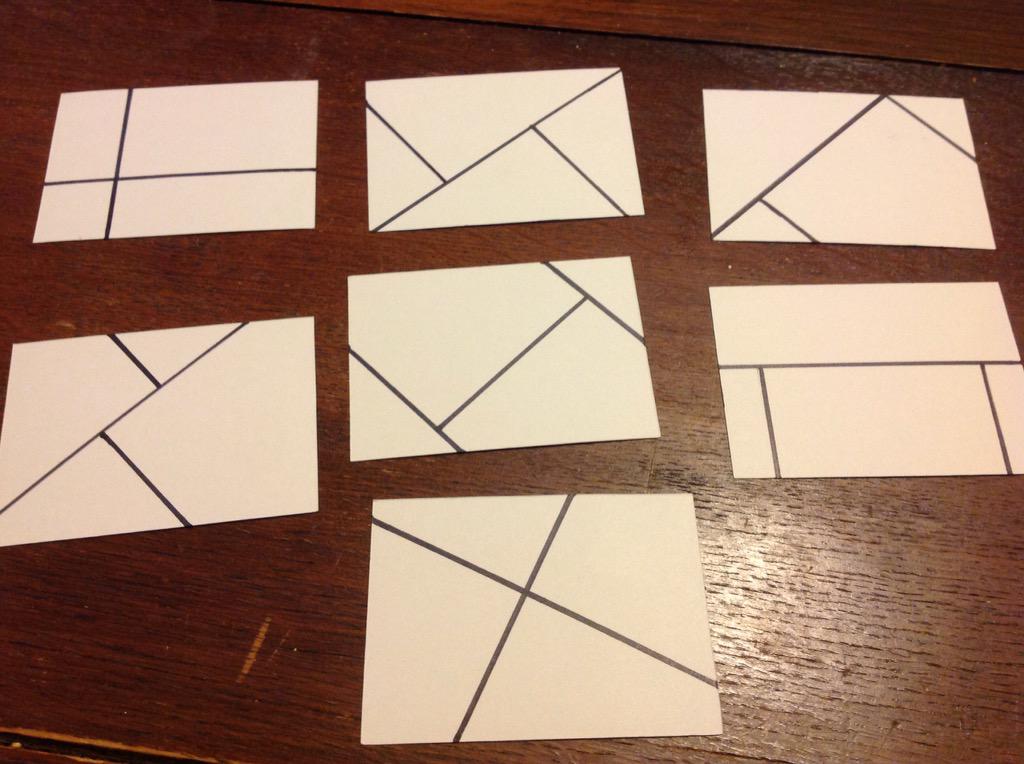 Theme first or mechanic first? Tabletop game designers get asked that question a lot, but it misses a key ingredient in any analog game: Components. In this case, I've got a component in mind that I think could be really interesting as a tile-laying mechanic. Above, each card depicts the vertices of four other cards with the same dimensions. 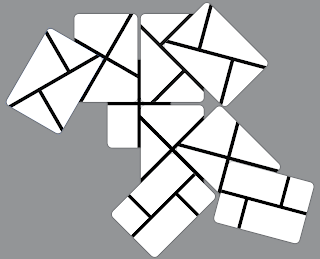 Assume that on your turn you may play one card onto the play area, overlapping only one quadrant of another card, as shown above. 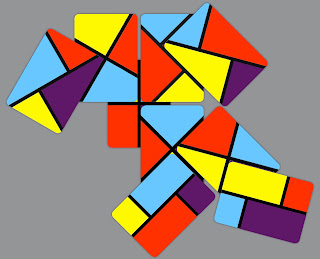 When I'm hashing out this sort of thing, I just fill in spaces with color for the sake of experimentation without much thought as to theme. Of course when you look at this your first thought might be the paintings of Piet Mondrian or Olle Baertling. I find the audiences for those themes are somewhat limited, and I really want a theme that can inspire some strong secondary mechanics and victory conditions. 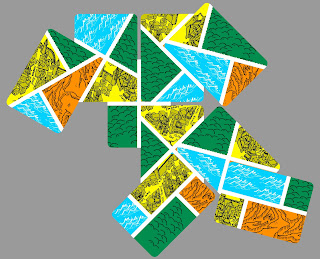 Of course there is the old standby of city-building. There's an interesting period in history during the reign of Justinian in Byzantium: After a massive riot, the city is rebuilt with astonishing speed under Justinian's direction. In a time when cathedrals would take over a hundred years to finish, the city was restored in less than a decade. But... Well, city-builders are kind of blah. Same with gerrymandering.

There are other themes I've been considering, like Kintsugi, the Japanese art of repairing pottery with gold lacquer to accentuate the breaks.

Or it could simply be about making a mosaic. So anyhoo, that's where I'm at right now. Still figuring out what this game wants to be! It'll be something though!
lab