How I Develop Trickster Sets 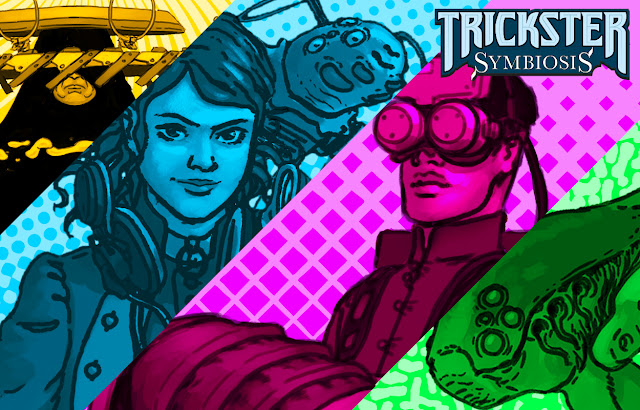 First, a quick head's up: As of this post (August 4, 2015), there's only a little under two weeks left in the public playtest period for Trickster: Starship and Trickster: Symbiosis. If you will be able to send me feedback before August 15, 2015, please email gobi81 at gmail for PnP PDFs of the two sets. Thanks so much!

Now, I thought it would be fun to show a peek behind the curtain of how I develop Trickster sets. Perhaps this will be useful for anyone in the future who is looking to home-brew their own Trickster sets with their own favorite themes. More likely, I'll look back at this post in a few years when I'm completely bereft of new ideas. Either way, useful! 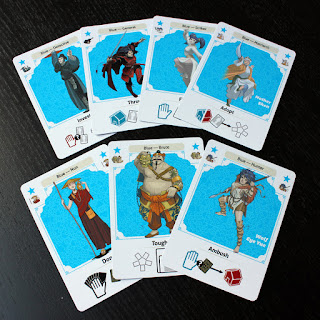 When I take on a genre or universe for a Trickster set, I try to find one mechanical thing that unites that particular group of heroes.

In Trickster: Tianxia, it was the idea of high-speed, hand-to-hand movement with little house augmentation. I liked the idea of these martial arts heroes having absurdly fast bouts with permanent, decisive outcomes. This set would be the first to introduce effects that target the pot, which I thought thematically reflected an ongoing contest between the kung fu experts.

In Trickster: Starship, I was taking a lot of inspiration from Star Trek, Farscape, and even Firefly. The general theme I wanted to capture was "pioneering" and "discovery." So I added one new effect that is exclusive and universal to the Starship heroes: The Boldly Bonus. When you lead with a Starship hero, you may resolve their effect a second time. 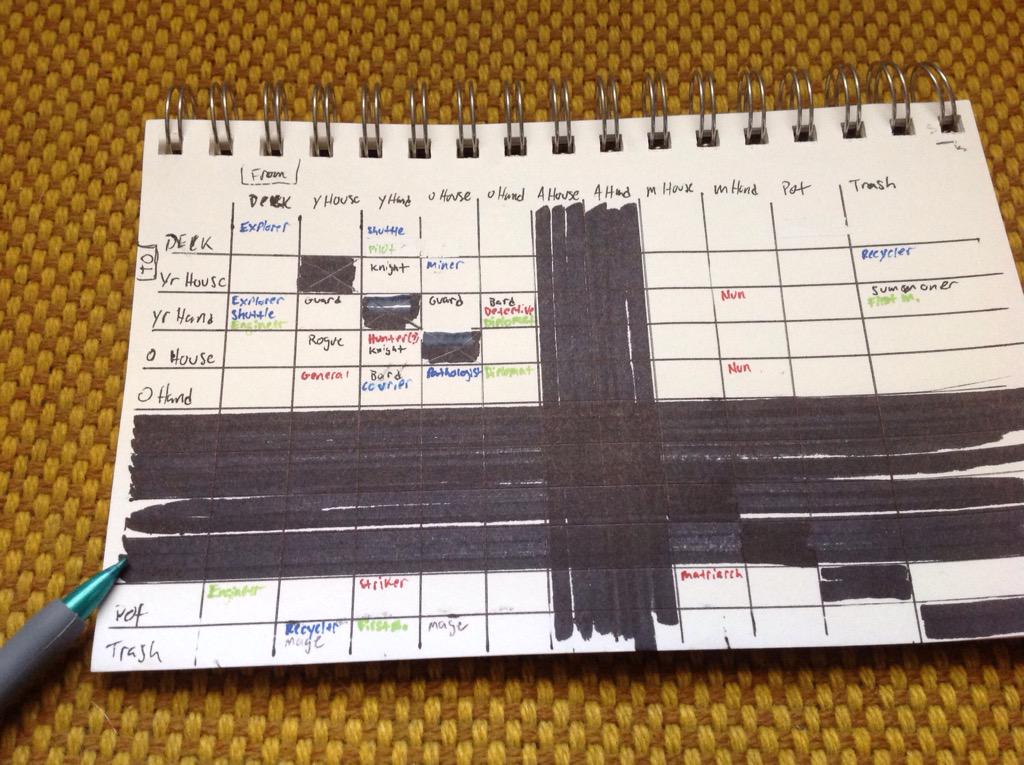 What are the basic effects?

After developing Trickster: Fantasy for a long time, I realized a good Trickster set is mostly comprised of very simple movement effects that take a card from zone A and moves it to zone B. Generally five or six of the seven heroes was a good number.


Above you can see the hand-drawn chart I made a while back to visualize the empty design space for Trickster movement effects. The top axis shows "from deck, your house, your hand, an opponent's house, an opponent's hand, whoever has most cards in house, whoever has most cards in hand, the pot, or the trash." The left axis shows the same zones, but replaces "from" with "to."

The big blacked out areas are "any house, any hand" because that was redundant. A few recursion spaces are blacked out as well, to future-proof against two-player variants down the line. That remaining spaces are filled in with heroes who move cards from/to the zones in question. If a hero swaps cards, they're listed twice since it's effectively two movements. If a hero, like the Diplomat, "peeks" at a card but returns that card to its original zone, that's still noted even though it would appear to be a recursion at first glance.

From this point, it would seem like you could just randomly pluck about six different open spaces from this table and make the bulk of a new Trickster set, but that doesn't really make a coherent cast of heroes or mechanics. You have to look back at the original hook and select the right five or six effects in combination to make a really interesting set.

For example, none of the Tianxia hero effects that cards directly from house to house nor do they affect the Trash. Their sphere of influence is almost entirely reserved to hands and the pot. That reflects the "hand-to-hand" concept thematically and mechanically. It also introduces a key concept for advanced play: pacing through hand management.

In Trickster: Starship, I wanted to introduce drawing directly from the deck. Neither the Fantasy or Tianxia sets dealt with the deck as a zone at all, but for a bunch of explorers and pioneers, it seemed a good way to represent "the final frontier." 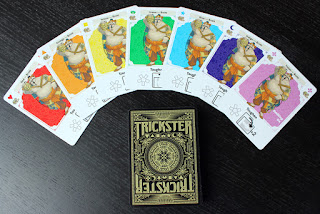 What are the weird effects?

I like to have one or two weird effects in each set that don't relate to movement at all. It's important to not go overboard with these odd effects since you need a little dynamism in each set to make a functional game.

In the Trickster: Fantasy set, it was the Druid's "grow" effect that made one card count as two. That seemed like a very simple "weird" effect that would be very easy for advanced players to use as a defensive or offensive tactic.

In Trickster: Tianxia, the "weirdness" is mainly in how specifically constrained some of the normal movements are for certain heroes. The Nun moves a card from one player's hand to another, but the donor has to be the player with most cards in their hand. The Brute behaves like a Druid, but only targets a card already in the pot. The Detective reveals two cards from an opponent's hand, which may then be split between your hand and any opponent's hand.

In Trickster: Starship, the Diplomat has a similar effect as the Detective from Tianxia, except that you must look at a random card from an opponent's hand and then decide whether to keep or return it specifically to that opponent. At first blush, the Diplomat may seem like a weakened form of the Detective, but remember that all heroes in this set have a Boldly Bonus. So leading with a Diplomat gives you multiple targets and you keep that information secret, whereas the Detective only targets one player and forces you to reveal what you've learned. 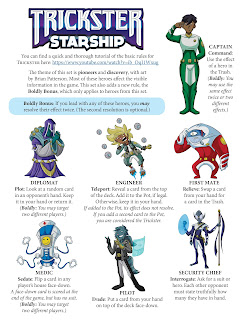 Once I have that basic line-up sorted out, then I just keep testing that deck rigorously, looking for any edge cases. These are especially important to consider when mixing sets.

But what happens when you have a Druid and a Medic in the same deck? What happens if a Druid turns a face-down card sideways, or a Medic flips a sideways card face-down? In that case, the answer is simply that the card counts as two cards, both of which have no suit. In other words, a brutal tactic, but something to anticipate and answer in the rules ahead of time.

In Trickster: Symbiosis and Starship, there are heroes who mimic the effects of another hero already in another zone. The Archive copies the effect of a hero in your house. The Captain copies the effect of a hero from the Trash (twice, if using the Boldly Bonus). I saw that it would overwhelm the system to have two mimics in the same set, and possibly cause some weird recursions. That's why I kept them separated. You can still mix them together if you like, and they're perfectly functional, but make the overall gameplay a bit flat because they have so few other heroes to mimic.

So that's basis of how I make a Trickster set. It's not all that complicated, but I figured any game design peeps out there would find this interesting. If you have any questions, please leave a comment! Thanks!
game design trickster