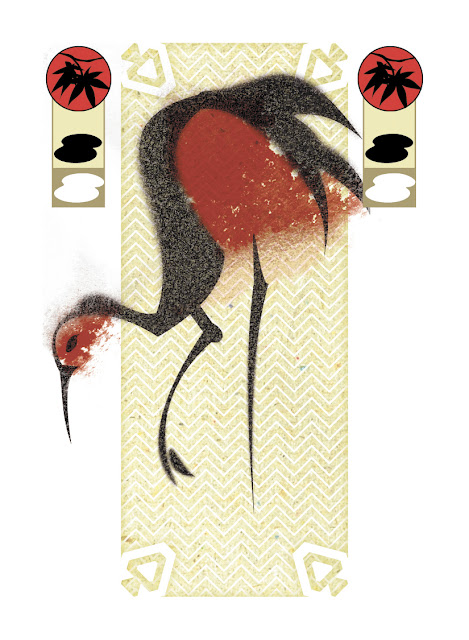 As part of my ongoing development of Koi Pond into a more retail-friendly product, I'm re-evaluating some of the long-standing comments about the Cats, Cranes, and Turtles. Over the years, players have said one of these animals are overpowered relative to the value of the Koi scoring baseline.

The funny thing is that no one could agree on which animals were the ones that were overpowered. Was it the crane, which let players know precisely how well they'd score? Was it the Turtle, which fed off of competition for the ribbons? Was it the cat, which though unpredictable, was still strengthened by having a secretive opponent? No one could come to a consensus.

That being the case, I let the issue rest on its own and the game has done very well regardless of this possible balance issue. At the time, I observed that games that have some wrinkles draw more of a community than games that are perfectly smooth. "This will just be Koi Pond's wrinkle," I thought.

But now I've had many more years to consider the issue and I have learned a lot more about basic game design. I think I've got a rules tweak that may make the animals more balanced and easier to play.


This removes the odd alternating target system from the current edition of the game, yet expands it to two targets. It scales back the value to one point per card rather than based on total koi. That combined with the 4-rank and 5-rank koi cards from Moon Temple also means the baseline koi scores will be much more valuable without further destabilizing the values of cats, cranes, and turtles.

Even without those high-rank koi, the current POD edition should be just as viable with this change. Give this a shot with your home games and tell me how it turns out!
koi pond