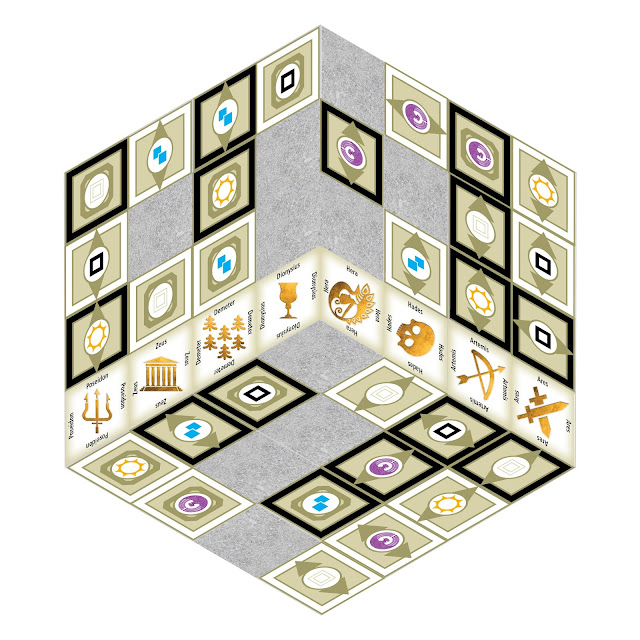 Drew Hicks and I have been working on an isometric tile-laying game for the past couple of months in anticipation of the Greater Than Games metagame contest. The contest calls for games where the core mechanism is also the theme, for example Deck Building: the Deck Building Game, where you're actually building a deck for a house. That sort of thing.

We're happy to announce that Tile-Laying: the Tile-Laying Game is now ready for public testing!

Welcome to the brutal, high-stakes, life-and-death world of archeological restoration internship. Here, rival interns burn their brains reconstructing a tiled Ancient Greek plaza. Place tiles on the two walls and the floor in order to earn the most renown. Whoever earns the most renown wins! 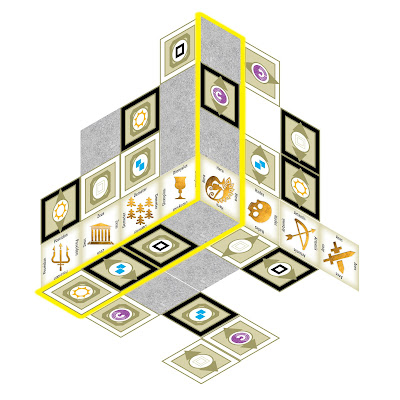 It's a two-player game played on a 4x4x3 isometric space with a floor and two walls. Players take turns placing their tile or a blank tile onto the plaza. When a line of eight tiles is complete, whoever has the most tiles on that line scores their tiles. The symbols on each tile shows different ways to score points. 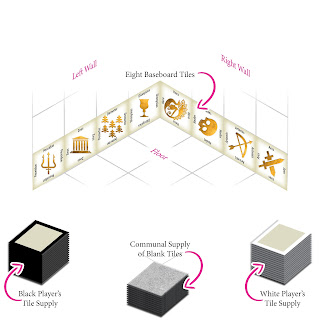 Eight random gold tiles form a baseboard along the bottom of the two walls. Whoever completes a line that intersects with the baseboard gets to resolve the baseboard tile, even if their opponent actually scored it. Baseboard tiles score points or allow special actions. We've got ten baseboard tiles developed and tested so far, but we're eager to add to that lineup. It's a nice bit of variability for each game.

Hope you dig it! Check it out here.
tile-laying