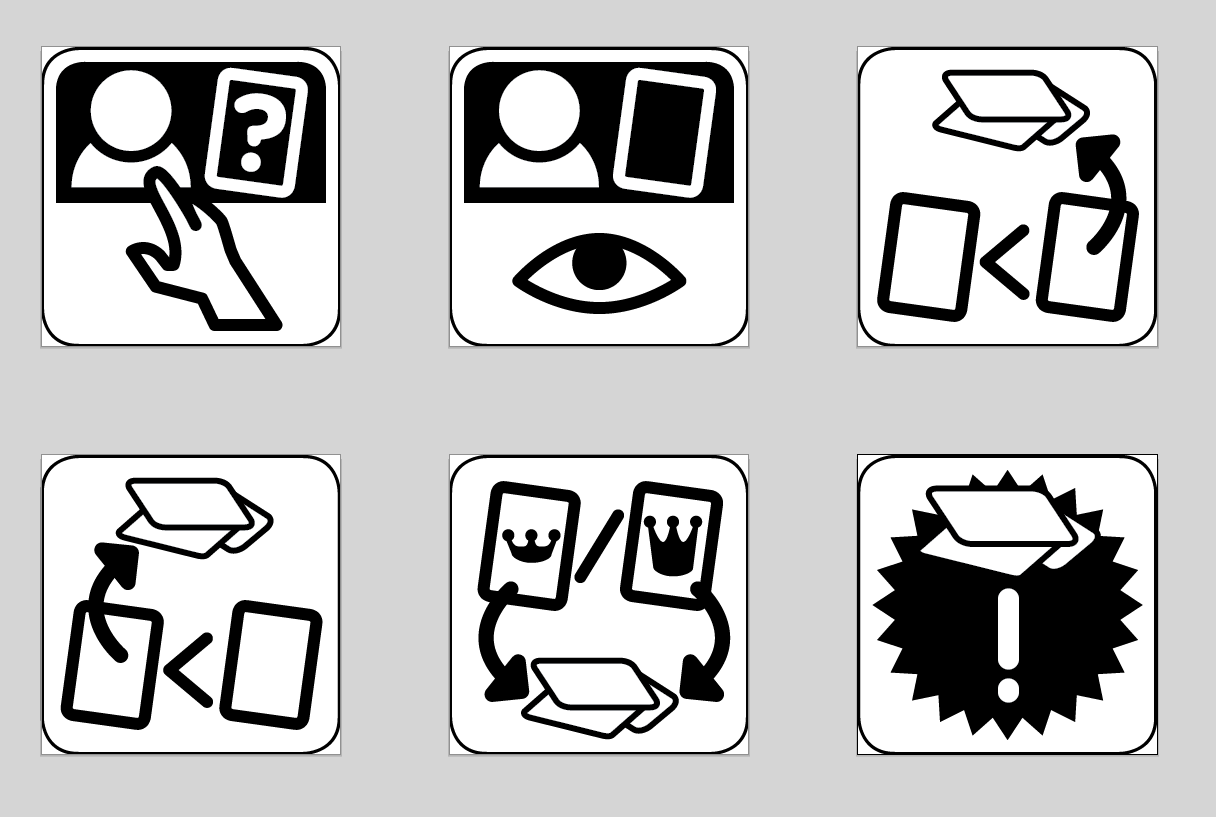 My next batch of icons on Patreon will be something a little different. I'm trying to make language-neutral icons for existing games, the first set being Love Letter and Dominion.

Fortunately, some of the basic concepts in these games have already been covered in past icons. Basic actions like "discard from hand" are well handled. I won't just copy-paste those files with new names.

For the rest of the icons, things are a bit tricky. In some cases, cards' effects are simple enough that I can make one icon for them, just as I have for the past several batches. That is, each file is a generic standalone icon. If your game has some complex effects, you can put those simple icons together, like letters from an alphabet.

In other cases, like Dominion, the effects have multiple steps and so are somewhat outside the scope of the existing icons. I can make files for each card, which would necessarily mean some repeating iconography (+1 action, for example). Or I can try to break up the individual actions from those cards and save those as separate files, again as I've been doing so far.

Which would you find most useful for you?
icons patreon