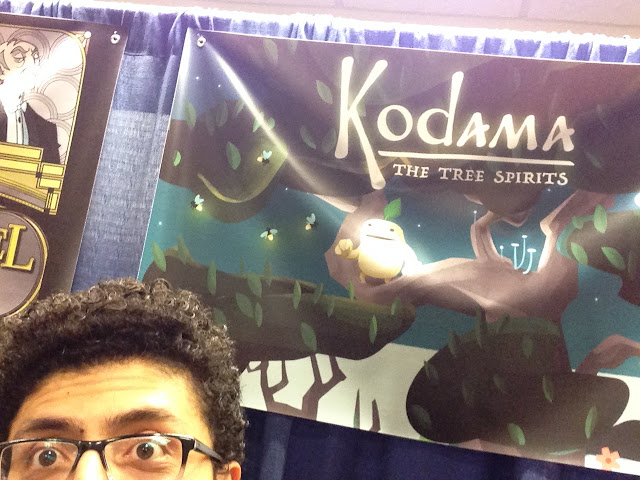 Alrighty, time for some more long-form thoughts on how BGGcon went for me professionally. I spent most of my time approaching publishers with my prototypes or demoing my self-published games at the main hall with new friends. I had enlightening conversations with several very smart experienced members of the community, including Eric Lang and Kevin Wilson.

I thought going into meetings having just finished a $99,000 kickstarter campaign would be a boost to my credibility, but more people came by talking about my blog, tweets, or my new youtube series. More than once some famous games person came by while I was pitching to a major publisher and say nice things about the game. It was pretty dang awesome.

I got some sobering feedback about the current state of my portfolio, but hopeful advice about the future. Let's start with the sobering stuff first. 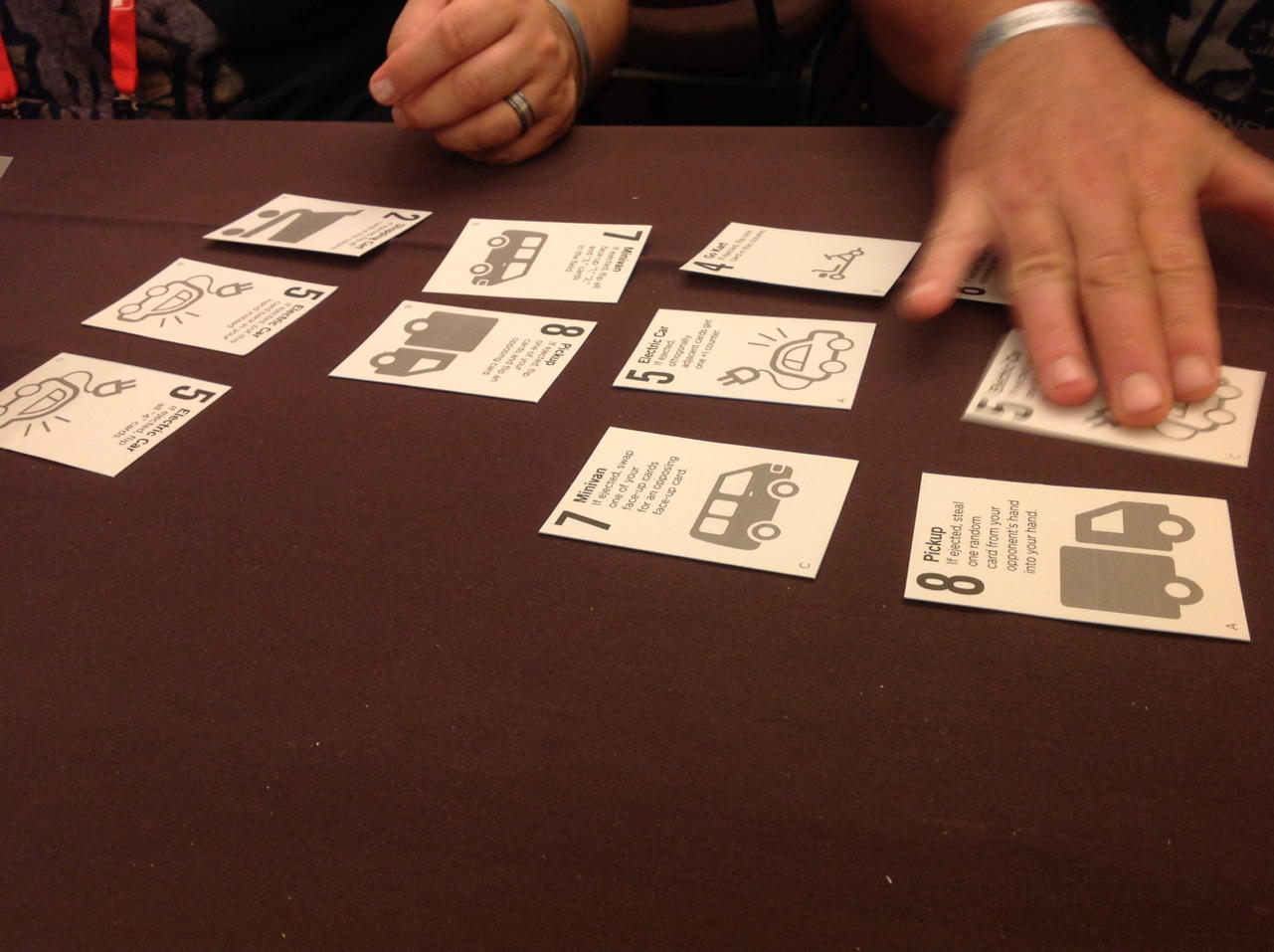 There was one bit of advice that kept coming up as I worked through each presentation: My games are so optimized for profitable $9 POD sales that there isn't much room to add the bits and "chrome" that would justify at least a $20 retail price tag.

For some background: It takes a lot of work for a publisher to put out any game, regardless of its chrome, but the chrome determines the price consumers are willing to pay for the product. "Chrome" in this case can refer to literal box size, the components, the goodies included as stretch goals, etc.

At retail scales, new components don't add too much manufacturing per unit, but they can command a much higher markup, and thus a more profitable product. On top of all that, a publisher only has a few slots in their yearly schedule to fill with product.

However, I'm faced with a similar choice for my own time. What makes me profit most quickly is these impulse-buy filler games that I can release via POD. There are only so many hours in my day, and my bills still come every month on the clock, so I have to decide which projects are going to be most worthwhile contributions to my household.

All that sounds very grim, but there is hope! Eric Lang suggested I keep cultivating my small games  and focusing on the international licenses, since I apparently have a first mover advantage in those markets. I could keep trying to get games licensed in emerging markets like Brazil and China, where few domestic publishers even pursue licenses in the first place.

That can support my path toward bigger retail-friendly game design. Eric reminded me this is a very, very long-term path, but at the end of that path is a much more sustainable career. Kevin Wilson said when you get your first big game, everything changes. More than one person expressed enthusiasm for what I might do when I'm cut loose from the constraints of POD card games.

They all said I established a rep for making solid games with good sales in my small market. So, my next step is making a few games that I couldn't do on POD or are less optimal in a POD format. For example, Regime is my most expensive product and makes the slimmest profit margin for me because I try to keep most of my games under $9.99. 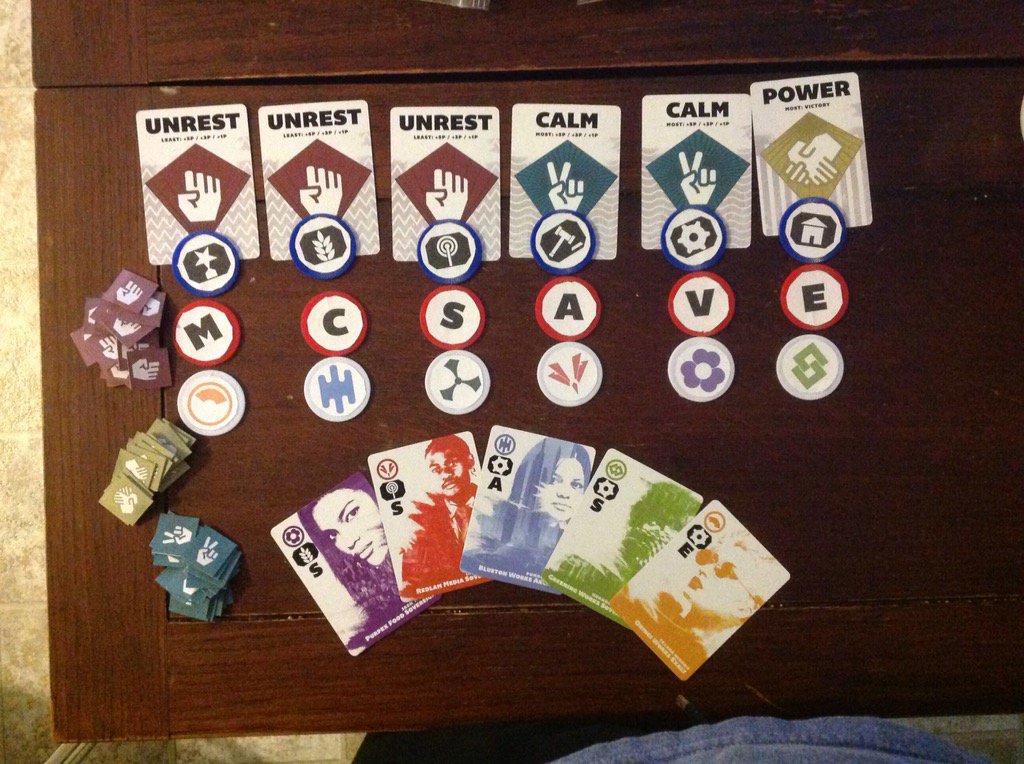 I upgraded my prototype by tossing out all of the scoring cards, replacing them with chits I mocked up from sticker paper and cardboard. I also replaced the hard-to-handle faction cards with poker chips and sticker paper. I stopped short of making a board, mainly because I already had a very heavy bag I was lugging around, but it could easily have a board for placing the faction cards and chips.

So next year, I'm going to dig into my catalog and see how I could upgrade old games and develop new games with retail in mind.

To be clear, BGGcon was an amazing fun experience. This professional side of things was only about 50% of my con. The rest of it was... 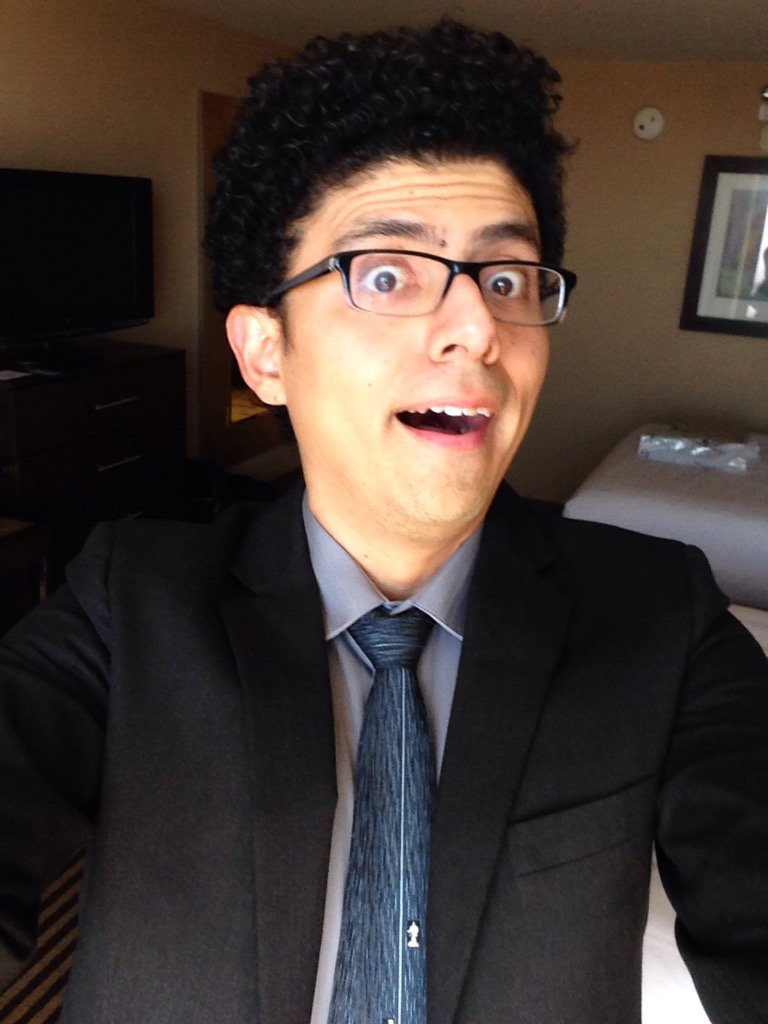