Back from Escapist Expo! 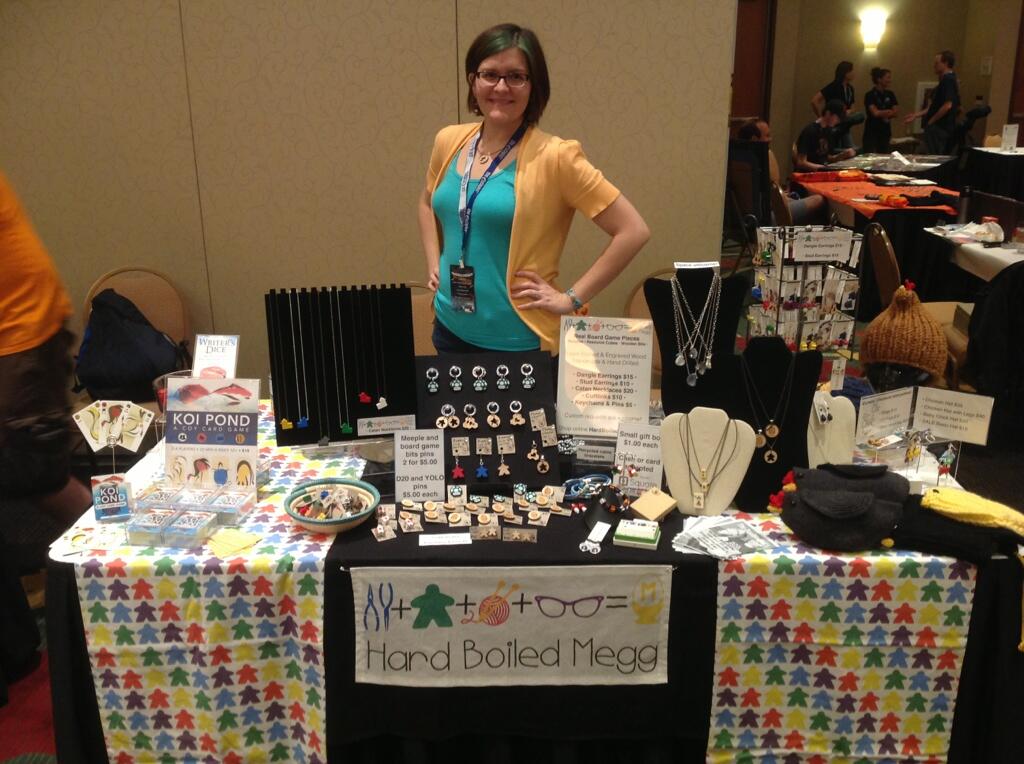 We're back from the Escapist Expo! Wow, so much to talk about!

Panels!
Wow, all our panelists were super-duper interesting! Fred Hicks, Rob Donoghue and Steve Segedy brought keen insights from the world of RPG publishing. Chris Kirkman and Jennifer Bidell rocked the board game perspective on retail and distribution, plus a bit of Kickstarter. Natania Barron, Micheal Harrison, Dave Kirby, and Jim Van Verth covered all the logistis of building a community around a weekly gaming event. Mainly I just sat there letting everyone else talk.

Shameless Commerce!
This was mainly Megan's show, so we really focused on her jewelry and small accessories. Good thing, too! There were plenty of places selling t-shirts and other toys, but we were only one of two selling "fancy shinies." We had lots of board game jewelry up for sale, but surprisingly it was the fancier crystal and gemstone jewelry that sold the best. I had a small corner on the side of her table where I was selling some extra copies of Koi Pond and Writer's Dice. I sold out of Koi Pond! woot!

Gaming
Given duties at the panels and at the booth, I didn't get as much gaming in as I had hoped. I did manage to playtest a prototype or two in the impromptu UnPub Protozone hosted by Matt Wolfe. (Always look for the blue noodle!) Also played a lot of video games that I hadn't ever seen before.

Look for videos of the panels soon!