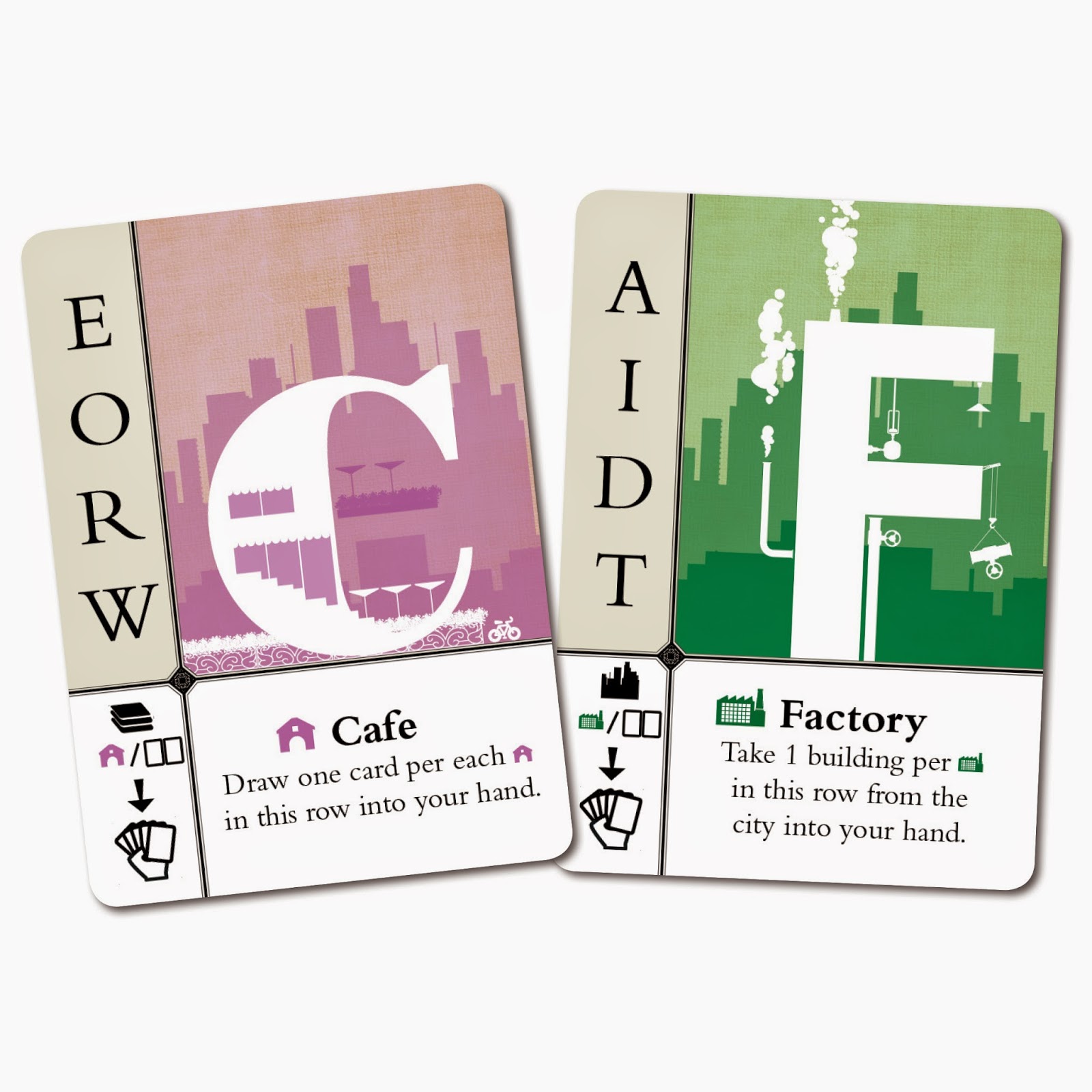 I've been noodling that Sudoku-based city-builder in which players create a grid of buildings, but there may be no duplicates in a row or column. Each building corresponds to a special action whose strength is commensurate with the length of that row or column. There is a tension between taking a weakened action now or risking the opportunity for that action entirely.

I whipped up these mockup cards this weekend, which I often do when I only have the scarcest ideas for a game and I need to see how the information might look on a real card. I decided to use letters instead of numbers since they're less intimidating, but could still be used in an understood sequential ranking system if necessary.

However, I quickly realized that the real value of using letters was that I could use the actual names as the cost of that building. Instead of acquiring bricks and mortar, you need to assemble the letters. Thus, multipurpose cards. Along the left side of the card are a randomized mix of letters. You must spend the right letters to erect a building.

Vowels might be a problem, so I think I'll make them all wild cards. You can spend any letter to count as a vowel, but you must have the necessary consonants. To build a Cafe, you must spend C, F, and enough letters to fill in the remaining two vowels. (If you're lucky, this could be as little as one card.) To build a Factory, you must spend F, C, T, R, Y, and three more letters. So a very expensive building indeed.

Generally speaking, erecting a building in the city lets you do a special action, with boosts for having synergistic adjacency. A Factory is more potent when it is built on a row with other industrial buildings. A Cafe is stronger when it's near a residential area. These are just generalities for now, but I did take some time to brainstorm a set of buildings to narrow down for a final assortment.

That's the loose idea anyway. This will likely be a late 2014 or early 2015 release at the earliest. I've got enough on my plate as it is. :)
lab typopolis