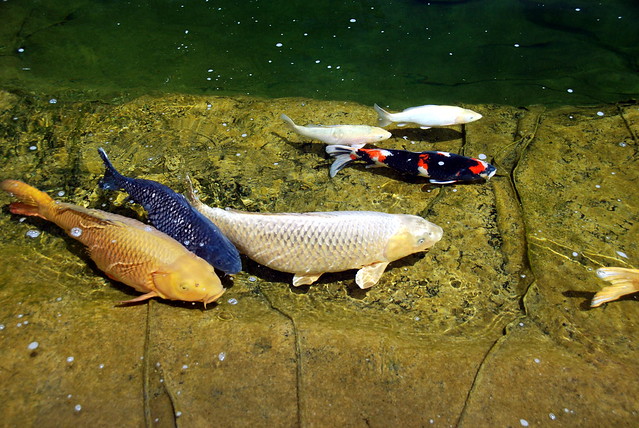 It’s been about six months since I started this whole full-time game designer thing, with Koi Pond being in many ways the flagship project for this experiment. Koi Pond was designed, developed, and published all in the past half-year, thanks to the coincidental occurrence of several factors. Here’s how it all came to pass and my thoughts on where it might go in the future. This is a long post, so here are the takeaways right up front:


For another POV, Dave Chalker posted his own thoughts on publishing his game Criminals through DriveThruCards here.

Late last year I decided to resign from the ad agency. I’d worked my way through the creative department and was on the cusp of becoming creative director. It was a sweet gig for a long time, but having that full-time job and doing freelance and doing game design and, oh yeah, maintaining a healthy mental well-being was untenable. I made some drastic changes in my lifestyle, culminating in that resignation.

So, 2013 began with a bit of confusion about what to do next. It just so happened that the Boardroomers were holding a microgame design contest in February. The entries had to contain at least 1 of each of the following components, but no more than is allowed:


I was having a bit of success with Suspense, so I thought I’d try my hand at another micro. 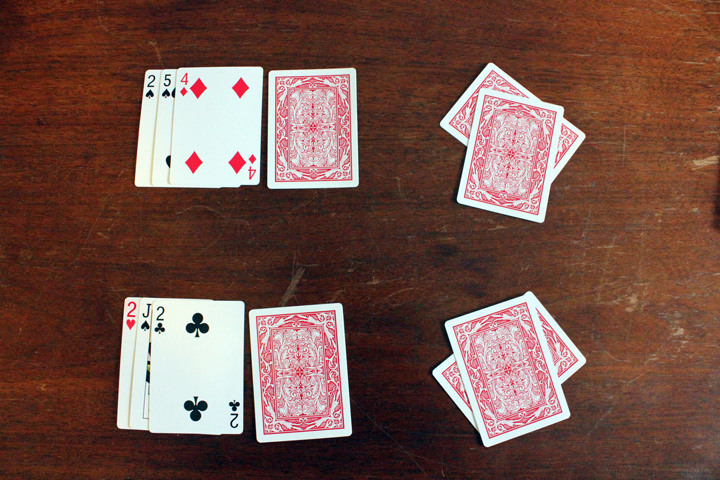 Searching for a Theme

I designed Love Me Not, as a very, VERY abstract thought-experiment in endgame scoring. I wanted to figure out a scoring method that required you to sort resources between two places, only the lower of the two totals allowing you to score. The game itself was too limited for its form factor and rightfully didn’t win the contest. It did let me explore this notion further.

When I reach points like this in a design cycle, I look for a good meaty theme that will perhaps suggest further secondary mechanics or make the central mechanics feel more meaningful. So, I searched for a theme in which it made sense for players to sort things into different places, but only attain value for those things if instances of those things were present in all relevant locations.

In other words, it felt like being a museum curator. Players would collect precious items and decide to put them out on public display (face-up cards) or keep them in the private archives (face-down cards). Examples of those items needed to be in both the display and archives to be valuable. I explored this idea a bit further, but I was really concerned that Reiner Knizia’s Modern Art was such a prominent game with this theme that I couldn’t escape comparison. 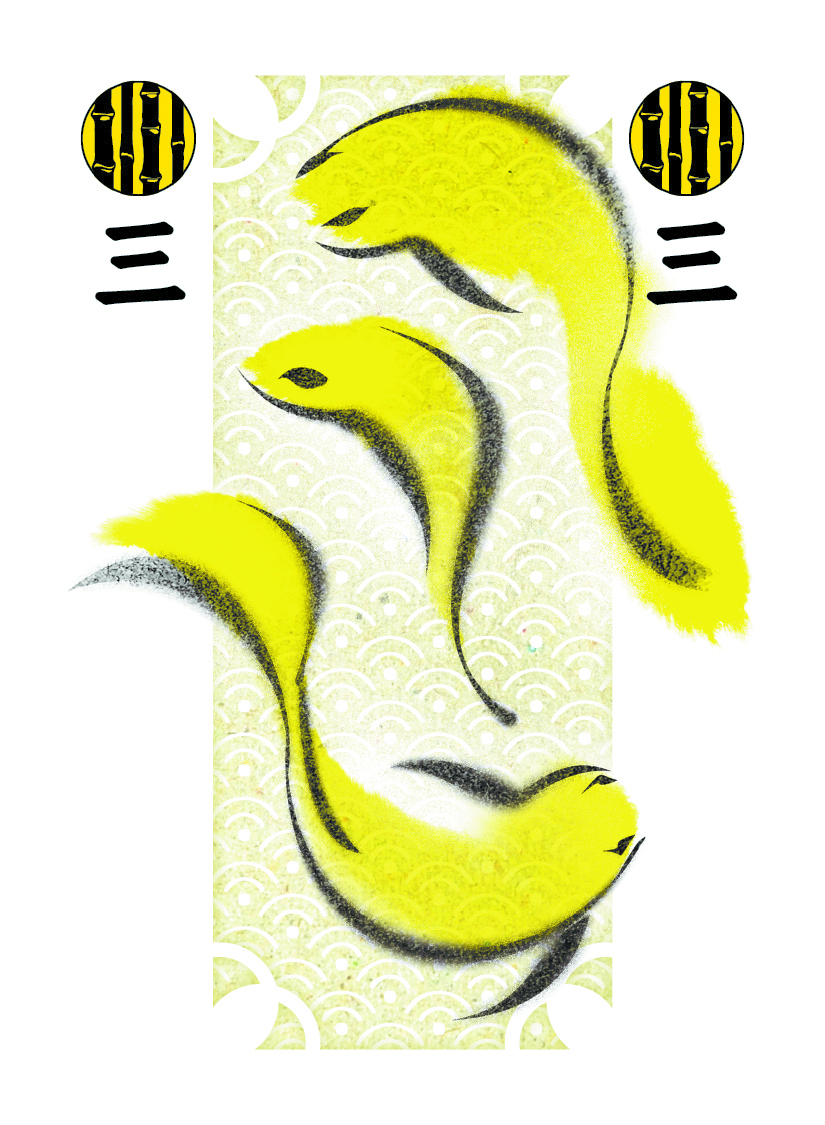 I looked further afield, examining what it felt like to play with this mechanic. Sometimes this can result in a simple title that in itself provides enough of a theme for the game to make sense. See “Can’t Stop!” as a classic example. When you play Can’t Stop, you really do feel like you can’t stop rolling those blasted dice.

When you play with this scoring mechanic, you feel like you’re keeping a secret. You feel like you’re being coy. Thus, I was tempted to leave the game at that, simply calling it Coy. But I couldn’t resist a pun, so I thought it would be clever to have koi fish on these cards. No real theme aside from that, just fish as a placeholder for a more traditional set of poker suits.

But of course, the idea of a “Coy Pond” or “Coy Koi” or just plain old “Koi Pond” was irresistible. That theme introduced lots of secondary mechanics to explore. What about pests in the pond? What about visitors? What if it’s a competition between koi pond hobbyists?

I developed the idea over the next couple of months at my local game store, UnPub, and PAX East. I got a LOT of help from outside playtesters, which was really invaluable. This is a shorter timeline than my usual development cycle, but I was actually able to fit in more playtests than usual. Actual chronological time didn’t matter so much as actually getting the game to as many table as often as possible.

Backing up a bit, throughout 2012 there was talk of DriveThruRPG branching out to print-on-demand card games in 2013. I thought this would be a great opportunity for me during this year-long experiment to try some low-risk projects. Most of the time, as you’ve seen with Belle of the Ball, even a small card game spends years in development and takes just as long to finally be published.

With DriveThruCards, I saw a sales option that could keep pace with my creative output, as long as I devoted strong enough attention to the quality of the product on sale. Originally I was going to publish Suspense with DTC. The art direction was simple and could be done in-house. The rules were easy enough to explain in a short PDF. Plus, the only actual game components were cards themselves.

A happy snag got in the way though. I was fortunate enough that Dice Hate Me decided to pick up the license as a part of the Belle of the Ball family of games, but that left me hunting for another potential product for DTC. The newly christened Koi Pond fit the bill.

Just like with Suspense, I can product the art myself. The rules were relatively simple (though a bit longer than Suspense). The cards were really the only play component (though there were quite a few more than Suspense). Plus, it was a pretty game that I hoped DTC would find valuable as a sales tool for their new POD services, thus driving more in-house sales.


Calling in the Editor

However, I used to have a bad habit of making an otherwise unfinished game look like it’s finished with some pretty graphics. I’ve avoided that pitfall over the past few years and become a better game designer for it. Still I knew I needed help to make sure this was a solid first outing and I was willing to pay for it.

Specifically, I hunted around for an editor for my rules sheet. I’m happy to say that Liz Bauman came to my rescue here. In short order, she found a lot of vagaries that needed clarification and game terms that needed more consistent application. Hire Liz a lot!

I’ve often said that no rules are too short for someone to get them wrong. Hiring an editor (and also getting lots of outside playtesters to read the rules) made the text a lot more clear. Examples of play helped, too. As a matter of fact, I’m still updating the rules sheet after further feedback from early buyers.

With that done, I was ready to actually go live with this thing. Sending files to print is rarely a completely smooth operation. Each printer is basically its own country, with its own customs to learn as you go.

For example, one important thing to note is that the POD printers DriveThruCards hires has a 240% ink threshold limit. My cards were so colorful that their inks were in the 300 range. I needed to tone them down a bit so they’d actually produce properly. It was mainly little things like that.

Otherwise, the file setup was actually easier than with other POD printers I’ve used in the past. SuperiorPOD requires you to set up your own 18-up card sheets. Game Crafter requires you to upload each card face and back individually. DriveThruCards simply requires a multi-page PDF with alternating faces and backs for each card. The latter option is much more amenable to InDesign’s DataMerge tool.

It’s important here to thank Brian Petkash who very patiently talked me through that file setup process and is still diligently answering my pesky questions about how to actually get the file up for sale.

Unfortunately, I missed DriveThruCards’ “soft launch” period of February through March. I understand sales were slow during this period in general, so perhaps it’s for the best. I had Koi Pond ready that April just in time for their big public debut. Here’s how the numbers break down:

* The first month’s royalties were a bit low because I ordered review copies and expensed the cost to that month’s payout.

Koi Pond launched at the top of the hot list and stayed their for the first week. I kept up the marketing efforts through my blog, my Twitter feed and my G+ accounts. I also got a lot of help from people RTing my links.

Maybe I’m just too indie at heart, but I’m very happy with these numbers. I went into this experiment with a brand new game, an inordinately fast dev cycle, modest potential audience, and zero-to-minimal expenses. My investment of time and capital into this project has been quite met, I think. Anything more will contribute to further self-published card games.

Having the experience of Kickstarting three projects already, DriveThruCards offers me an appealing alternative. Yes, I have fewer sales over a longer period of time, but I also don’t have the stress of stretch goals, income taxes, and fulfillment hassles occupying my time for the next year. Instead, I can keep blowing on this little ember until it lights another fire.

Towards that end, I hope to keep up interest in Koi Pond with reviews and podcast interviews as I develop an expansion for the game, Moon Village. I’ve also already invested some of my earnings into the art for 9 Lives Card Game, currently in public beta. My game still a small fish in a very, very large ocean, but they’re growing!
#DS13 koi pond