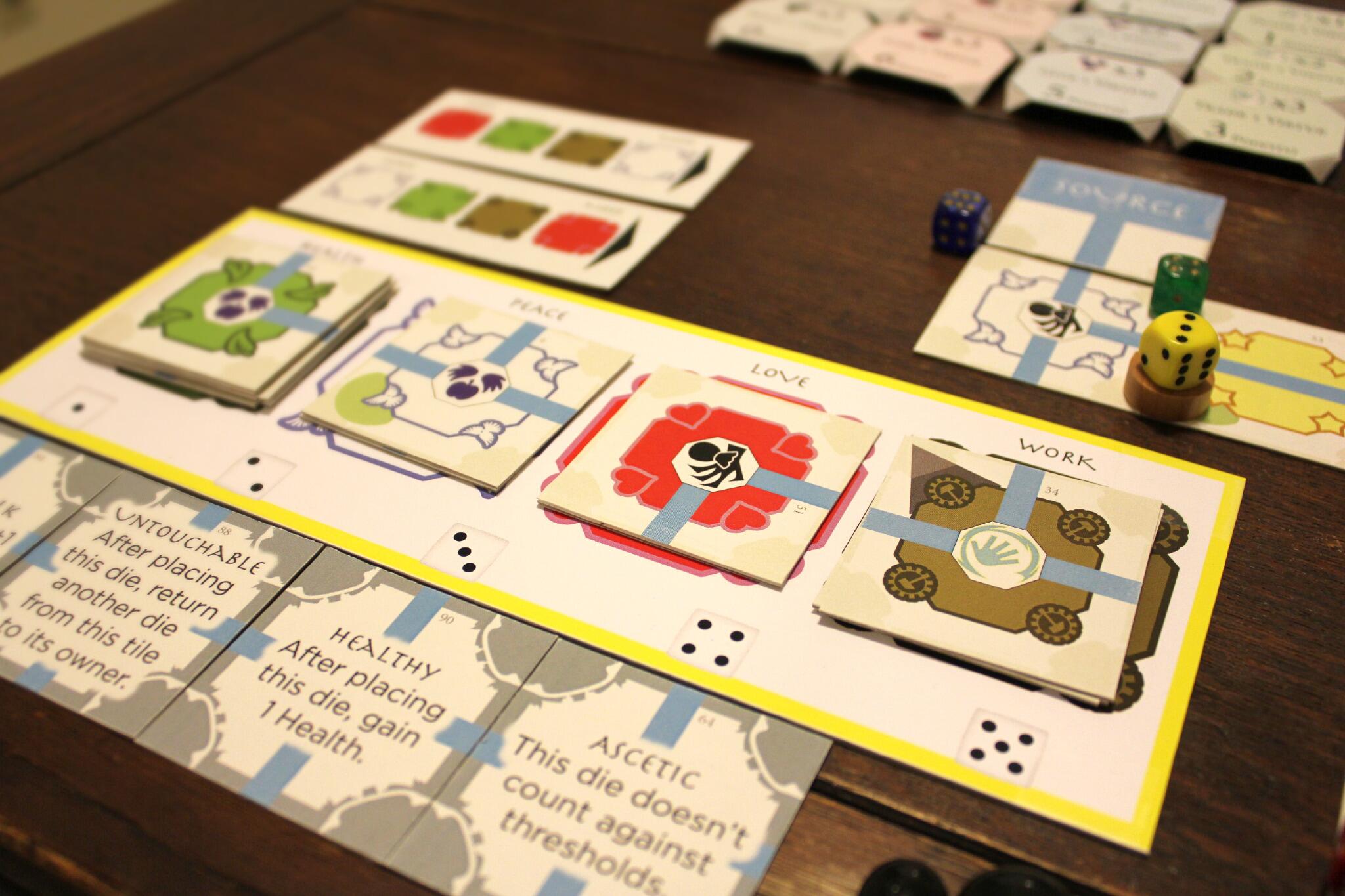 It's been a week and I've finally had a chance to digest some of the UnPub feedback from the River Ancient playtests. The notes below are from 20 feedback forms submitted. Overall takeaways?


Match Gameplay to Objectives
Every action in the game should link clearly and concretely to an objective in the game. Without this connection, you waste players' time. For example, I had players place tiles and place dice, but the dice were far more important and obvious tactically. Instead of adding more objectives to an already bloated game, I am just randomizing the tiles without player involvement.

Find Universal Comments
Every playtester is different, and will offer different types of advice, but look for any comments or suggestions they hold in common. These are the heart of any problems or features for your game. For example, my playtesters all loved the dice-placement mechanics and how traits made these placements even more tactically interesting.

Cut, Cut, Keep.
As noted below, I noticed that some decisions in the game weren't tactically interesting, so I tried to add achievements to make them more worthwhile or just adjusted my method of teaching them. However, these were simply awkward justifications for a true design problem. The best solution would've been to simply cut off the problematic mechanisms rather than keep them duct taped on. My rule of thumb: Cut two problematic areas and, if you must, keep one to refine or revise later.


So, how was the feedback to the River Ancient?

Was the game predictable? If yes, why?
While some feedback said "no," I still say "Yes." In the spirit of ease of learning, I kept all "Philosophy" objectives public for all players, since they were a little tricky to communicate to each player individually. Unfortunately, this made it quite clear who would have (and maintain) an early lead. Aside from this, there were also some endgame Achievements that simply could not be overtaken in the last round, essentially a "checkmate" for that Achievement.

Will you play this game again?
Yes (19), No (1). This is a good sign! Despite the many flaws, folks still seemed interested in the core gameplay.

Would you buy this game?
Yes (14), No (6). This makes more sense to me. The game is just not polished enough even for a proper pitch yet.

What would you change?
Here's where I have the most useful and actionable feedback. I tried to find some common complaints or comments amongst all the feedback forms and they all agreed that Spirits (actions) needed an overhaul. In playtests, players spent acquired tokens to summon spirits, do their indicated action, and collect the top-most spirit totem from their respective stack, earning points and Achievements along the way. This is fine on paper, but valuating the individual spirit totems, the achievements, and costs for summoning were all a tangled mess. And all that ultimately distracted from what all players universally loved about the game...

What was your favorite part of the game?
Almost universally, players loved the combination of a modular tile board with dice placement-as-auction to acquire those tiles. This isn't unexpected, as similar mechanisms have proven popular in Guilds of Cadwallon and Spyrium. Still, it is now clear to me that this should be the glowing heart of the game and anything else is a distraction. What makes the cut? I'm considering the following changes.

Cut:
Keep:
Well, that's enough to work from now. I've got quite a bit of work ahead of me!
river ancient